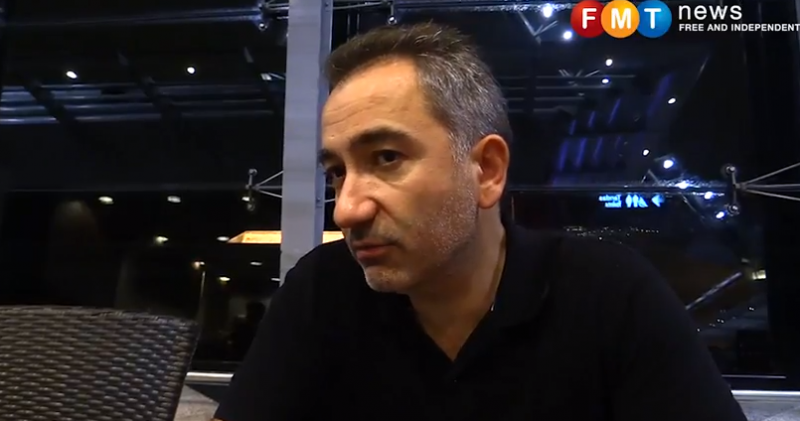 Turkish journalist and scholar Mustafa Akyol was detained for 18 hours by Malaysia’s Federal Territory Islamic Affairs Department (JAWI) for allegedly teaching religion without getting authorization from the government.

Akyol is a prominent journalist and scholar who has written several books about Islam. Akyol arrived in Malaysia on September 22, 2017 to give a series of lectures about Islam, democracy, and human rights organized by the Islamic Renaissance Front.

After delivering his first lecture, JAWI personnel approached him and warned him that he was violating Malaysia’s law against teaching religion without securing a permit from authorities. To avoid further legal trouble, Akyol’s second talk and other book signing events were cancelled by the organizers.

However, upon attempting to leave the country, Akyol was stopped by immigration officers at Kuala Lumpur airport and was transferred to the JAWI office for questioning. Akyol apologized to JAWI officials, stating that he was not aware of the law which he allegedly violated.

In an interview after his release, Akyol said that he never claimed to be an Islamic preacher and that his lecture was given in an academic setting:

I didn’t think that what I was doing was teaching religion because I didn’t speak as an imam or a mufti and I didn’t speak to a religious community. I spoke at an academic conference and I referred to different views on apostasy as someone who has researched the literature on this topic in the Muslim world.

Instead of a religious police, you should have a religious council that gives advice and guidance. If you use force to make people more religious or make them understand religion the way you understand it, then you are bringing more harm than benefit to the religion.

In an opinion piece published in The New York Times, Akyol reflected on his detention in Malaysia:

By policing religion, the authorities are not really protecting it. They are only enfeebling their societies, raising hypocrites and causing many people to lose their faith in or respect for Islam.

Akyol said Turkish officials helped in securing his release. He posted this tweet before he left Malaysia:

Goodbye #Malaysia… ✈️
I still like you and your kind, gentle, warm people.
I just hope you will consider being a bit more free.

Akyol’s detention was criticized by human rights groups which expressed alarm over rising intolerance in the country and the power of hardline Islamic leaders in the government. Malaysia has a Muslim-majority population and its government claims to promote a moderate view of Islam.

SUHAKAM, the Human Rights Commission of Malaysia, described Akyol’s detention as a ‘blemish’ on the reputation of Malaysia as a moderate nation:

Such extreme action in our multi-religious, multiracial and moderate Malaysia in our view is repressive, undemocratic and intended to be intimidating. There is no question that this must be stopped by the Government and such actions that reflect hostility, narrow-mindedness and intolerance of civil, intellectual and religious discourse should not be committed again.

G25, a group of former senior public officials and diplomats, also issued a statement expressing outrage over the ‘mistreatment’ of Akyol:

…the misguided and overzealous JAWI officials chose to arrest this well-known peaceful, moderate, and democratic advocate of Islam and kept him in detention for [18 hours] without proper sleep, which tantamounts to gross mistreatment, if not torture.

Eric Paulsen from the Lawyers for Liberty denounced the decision of the JAWI as an assault on democracy and freedom of speech:

This is a most serious assault on democracy and freedom of speech as even now foreign intellectuals who have had some measure of protection are not immune from being targeted by the authorities.

The government must be reminded that disagreement, criticism and condemnation are part and parcel of democracy, and they cannot just arrest those whom they disagree with. Having independent thought and speaking up is not a crime.

Do universities and research institutions now need to seek clearance from state religious authorities before having any Muslim speakers on topics involving religion?

Akyol is free now, but Malaysian Muslim academics and intellectuals are not free to speak on religion and comparative religion even in universities.