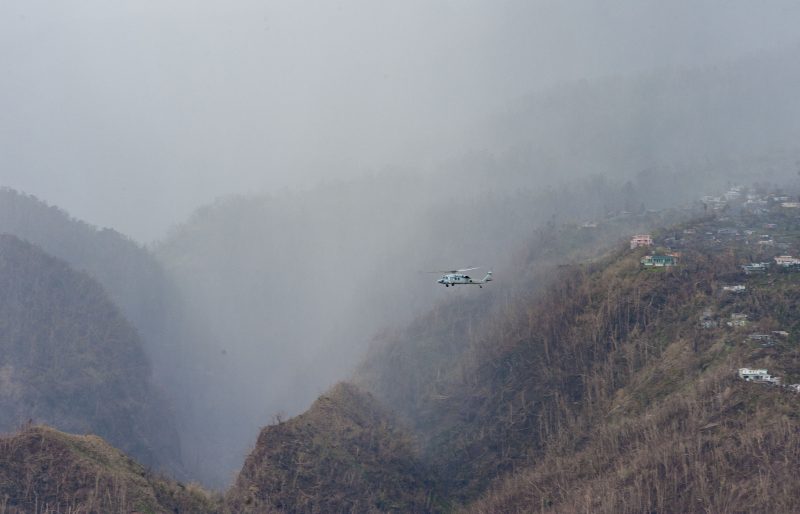 In the wake of the devastation left by Hurricanes Irma and Maria, Trinidad and Tobago, along with its neighbours across the archipelago, have banded together under the #OneCaribbean hashtag, sending supplies and other relief to the islands most adversely affected and creating a sense of community.

But solidarity isn't the only thing that the disaster has inspired. After Trinidad and Tobago's prime minister, Dr. Keith Rowley, offered accommodation to Dominican hurricane victims whose homes had been destroyed, saying immigration restrictions would be waived for a period of six months, xenophobic comments began to spring up on social media.

With government critics questioning whether the country should be opened up in a period of economic recession, some of the backlash has been perceived as political partisanship. Many netizens were taken aback at the level of hatefulness and wasted no time in calling it out. 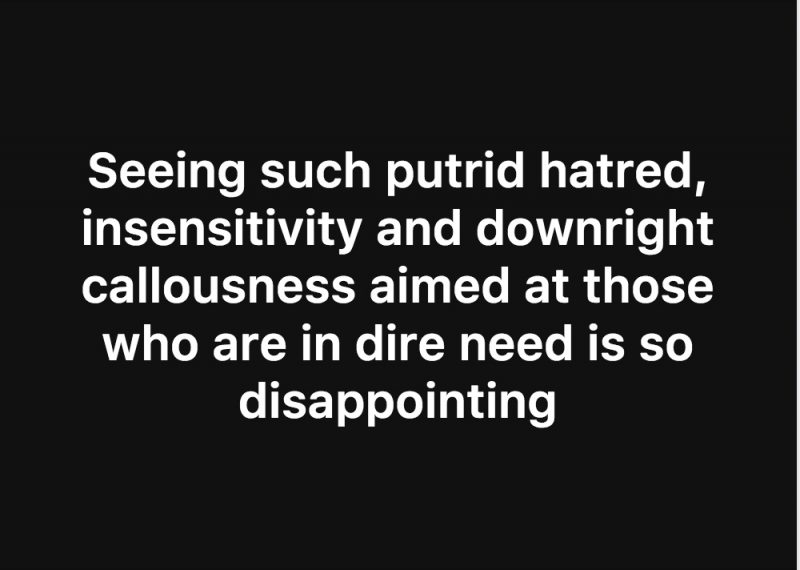 A public status update by Facebook user Leslie-Ann Boiselle, who said, “Seeing such putrid hatred, insensitivity and downright callousness aimed at those who are in dire need is so disappointing.”

I have NO political bias in favour of any party right now. I watch all with cynicism, and listen to the utterances of each with a ton of salt.
Nonetheless, the comments about PM Rowley's response to the Dominica situation on one political party's page are stomach turning!
And no intervention by any person in a leadership position in that party to suggest that the hatred expressed on that page, and directed against a suffering people in the name of politics is wrong?
Nah! I think people may have reached an all-time low there!

The blog Politics868 likened the reaction to the United States’ reluctance to welcome European Jews on the eve of World War II. Compared with other countries’ responses to recent migrant crises, it argued, “a mere 2000 Dominicans is nothing to get bothered over”.

The visceral responses which this decision has provoked betray an unfortunate lack of awareness of the full panoply of rights contained in the Revised Treaty of Chaguaramas, particularly the right to free movement under Article 45. This right was further concretised in the 2007 Heads of Government decision which granted to all CARICOM [Caribbean Community] nationals an automatic, six-month stay upon arrival in any Member State.

Since the 1770s Trinidad and Tobago, whether as a colony or Independent nation has allowed immigrants through co ordinated programmes.
We have had political refugees.
Labour/economic refugees.
People fleeing religious persecution, wars, poverty.
Post Independendence we continue to have immigrants and refugees for one reason or another of all nationalities.
Immigrants have always been an integral part of our development as a society.
The PM has offered 6 months of safe refuge to our neighbours….and the xenophobia and prejudice I am seeing blows my mind.
Keep rationalising hate and ignorance!
#HurricaneMaria
#TrumpTrinidad

However, Facebook user Dave Williams remembered a time that one former leader of a PNM government — the current ruling party in Trinidad and Tobago — had been less than charitable to Haiti, another of its Caribbean neighbours.

Keith Francis issued an apology on behalf of his countrymen:

Dear Dominica,
On behalf of all of the right-thinking Trinbagonians among us, I apologise for our having here persons who are less charitable and more ungracious in your time of trouble. They do not represent the majority of us. We are collectively better than what you have been made to observe.
You are welcome here, and we will do what we can to help you even as we face challenging times ourselves.
#kthxbye #SeeYouSoon #BeCaribbeanStrong
Luv,
The Me
CC: Antigua, Venezuela, St. Lucia, Grenada, Haiti, and everyone else that small-minded and dirt-hearted Trinbagonians have offended in the past.

Such a myopic stance also struck other Facebook users as ironic, especially considering that Trinidad and Tobago's national anthem includes the lines, “Side by side we stand, islands of the blue Caribbean Sea”. Originally intended to be the anthem for the failed West Indies Federation, the piece was adapted for Trinidad and Tobago when it became independent in 1962.

Keston K. Perry, writing at Wired868, suggested, however, that the response — while lacking “empathy and consideration” — could also be interpreted as a symptom of “a deeper sense of disenfranchisement that some Trinbagonians may be feeling at the moment”.

He bashed both sides of the political divide, arguing that “the reactionary xenophobia appears to share common strands—perhaps from a feeling of loss of power and control over their material, political and economic circumstances”, and dismissing the view that the reaction was rooted in racism:

While the rhetoric from government ministers has been that the burden of adjustment is being evenly distributed, for many regular citizens and families who have to hustle to survive, that is simply not the case. It is, therefore, possible that the irrational and xenophobic reactions to the PM’s invitation to fellow CARICOM nationals may well be other attitudes in disguise.

The regrettable insensitivity towards Dominicans has to be seen in the wider context of heightened economic insecurity, an instinct by some for self-preservation or the expression of the little power that access to social media affords the have-nots.

Leadership is certainly manifested by showing some compassion to and solidarity with our Dominican brothers and sisters, by offering them some respite and hospitality even for a short period of time. In the wider scheme of things, however, leadership must also take cognisance of the fact that the current economic policy agenda—which favours business interests—has not, even in the best of circumstances, really served the people of this two-island nation.

Still, many netizens were having none of it. The hashtag #IStandWithDominica started being used on several social media platforms. Journalist Soyini Grey commented on Facebook:

FYI an environmental refugee isn't a criminal, or criminally-prone. And they may not want to relocate permanently.
Also, immigrants can be good for your economy.
Think, people. Think

Pay no attention to the noisemakers and fearmongerers. Do not let them dishearten, confuse or divide you.
There are A LOT of Trinis working quietly doing what they know is right for our neighbours. Giving of time, effort and supplies.
And not just because we know ‘There but for the grace of God…’ but because we still have a heart. We still know what is right.
?? ?? #Hope #BeCaribbeanStrong #IStandWithDominica ?? ??

Stories being shared on social media pages supported this — for every negative comment, there seemed to be many more accounts of generosity, heroism, and assistance.

TTDF rescues family in Dominica. They were living in a car in the middle if nowhere since the hurricane. pic.twitter.com/c8cxrNjQ4j

Several netizens expressed a desire to host Dominicans in their homes, and more than 100 regional performers got together for the “One Island” concert, held in Trindad's capital city on September 24, 2017, which was the 41st anniversary of Republic Day. The proceeds of the concert go towards hurricane relief efforts in the region, and scores of Trinidad and Tobago-based churches, schools, charitable and non-governmental organisations (NGOs) continue to send containers with supplies and other relief materials to the citizens of Dominica.

The Global Voices Caribbean team is interested in curating citizen media stories of hope, community and resilience after the passage of hurricanes Irma and Maria. If you have a story, video, or image that speaks to how the Caribbean is bouncing back and banding together during the 2017 Atlantic hurricane season, please hashtag its country of origin and which hurricane affected it, and add the following hashtags: #OneCaribbean, #CaribbeanResilience and #CaribbeanStrong. You can also contact us on Twitter (@gvcaribbean) or send an email to our regional editor at janine.mendesfranco@globalvoices.org.