‘Immigrants, We Get The Job Done’ Music Video Spotlights Injustice in the US and Beyond 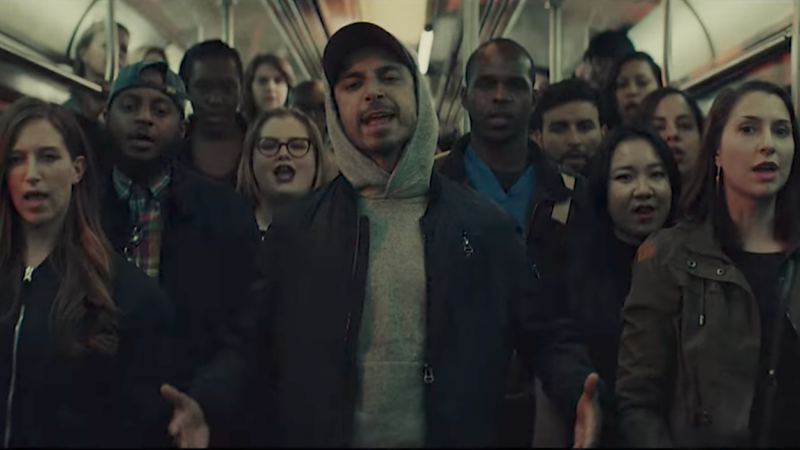 Screenshot of the video “Immigrants, We Get the Job Done”.

This post was originally written by Marlena Fitzpatrick and published on Enclave. It is re-edited and re-published on Global Voices with Enclave's permission.

The end of June saw the release of a music video for the song “Immigrants, We Get The Job Done” from “The Hamilton Mixtape” album of songs from the Broadway musical “Hamilton,” based on the life of Alexander Hamilton, who played a prominent role in the founding of the United States in the late 18th century.

The critically acclaimed show, which is inspired by the biography written by Ron Chernow, gives the history a twist with music in various styles, from hip-hop and rhythm and blues to pop, and actors of a wide variety of backgrounds playing figures who were white. “Immigrants, we get the job done” is a lyric sung in the musical by Hamilton, who immigrated to the American colonies as a teenager, and the Marquis de Lafayette, a French aristocrat who fought in the American Revolutionary War.

The version of the song that appears on “The Hamilton Mixtape” features Somali-Canadian poet K’naan Warsame, Puerto Rican rapper and writer Residente, British Pakistani actor, rapper and activist Riz Ahmed, Mexican American hip-hop recording artist and actress Snow Tha Product, and American actor, rapper and singer Daveed Diggs. All of them are artists known in the United States for being vocal against racism and discrimination.

The song and video was produced by Lin-Manuel Miranda, who also wrote the musical. It depicts an ignored working class who are living in the shadows and who are often victims of war crimes, police brutality, labor exploitation, anti-immigrant violence and senseless death. The timing of its release is especially significant, coming at a moment when the country is fiercely debating immigration law reform and hostility against minority groups has become more visible. Part of the lyrics read:

I been scoping ya dudes, ya’ll ain't been working like I do
I'll outwork you, it hurts you
You claim I’m stealing jobs though
Peter Piper claimed he picked them, he just underpaid Pablo
But there ain't a paper trail when you living in the shadows
We're America's ghost writers, the credit's only borrowed

In fact, Miranda has lent his support to the Immigrants: We Get the Job Done Coalition, convened by the Hispanic Federation. The coalition includes 12 partner organizations that work on the ground throughout the United States to provide life-changing services – legal representation, advocacy, and “know your rights” awareness campaigns, and much more – to immigrants, refugees, and asylum seekers who come to us in search of the American Dream.