Critics say the move is for President Museveni to rule for life. 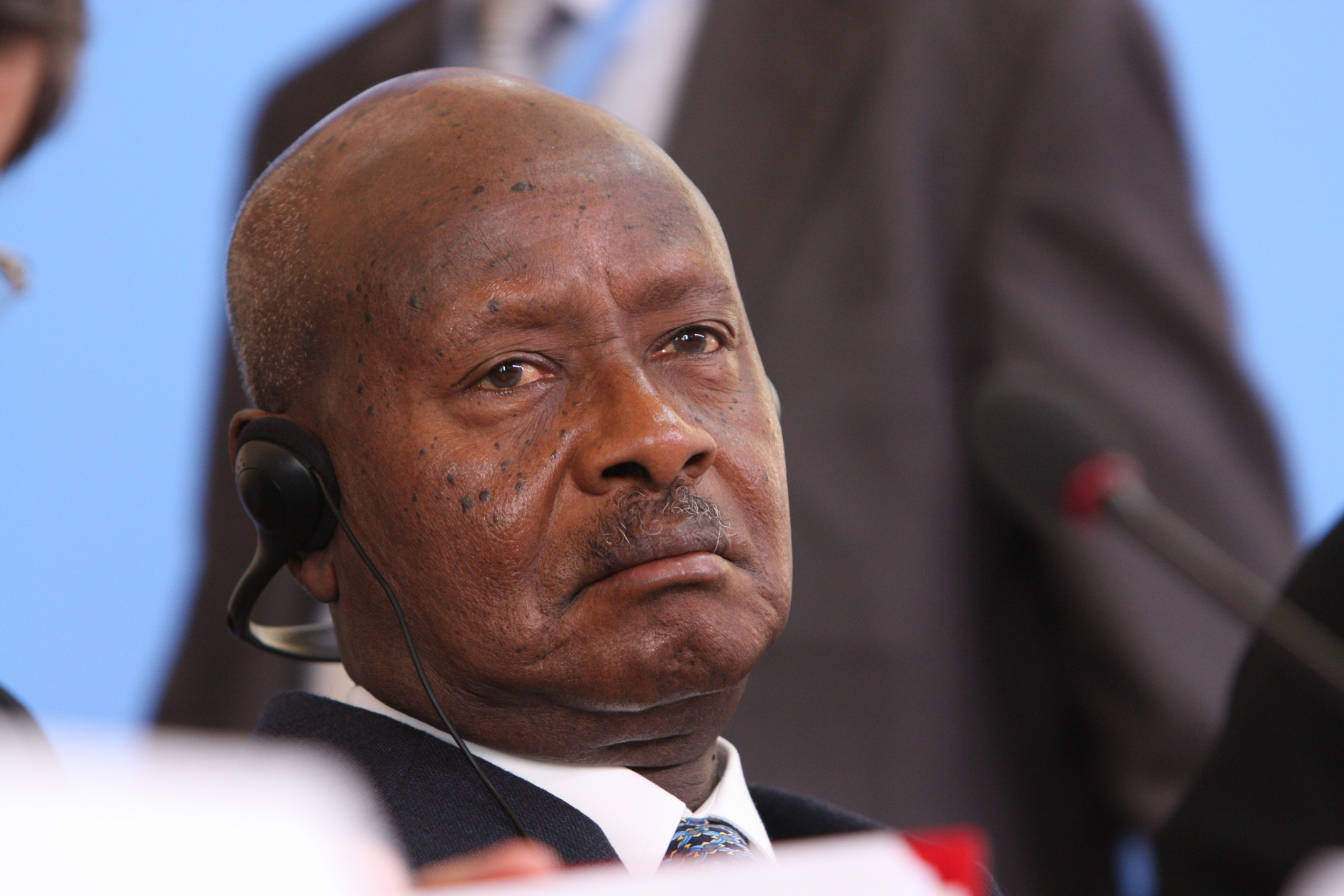 President Yoweri Museveni. Photo by Foreign And Commonwealth Office via Flickr. (CC BY 2.0)

President Yoweri Museveni is 73 years old. He has ruled Uganda for 31 years and is ineligible to stand for another term in 2021 as he will be above the age limit of 75 set by the country's constitution.

This, however, may be about to change.

Members of parliament from the ruling NRM party on 12 September 2017 passed a resolution to table a bill that lifts the current age limit in Article 102 of the constitution, which currently reads:

The lawmakers would like to amend the rule to allow candidates younger than 35 and those above 75 years to run, arguing that current law conflicts with Articles 1 and 21 of the constitution, which stipulates that all Ugandans are equal under the law.

Critics say that the proposal is aimed at making Museveni president for life. During the meeting of NRM members of parliament, only two members–Monica Amoding and John Baptist Ntege–opposed the motion.

When the discussion started a few months ago, Simeo Nsubuga, one of the members of parliament who openly supports a change to the age limits, was attacked by youths at the coronation anniversary ceremony for the king of Buganda, a region within Uganda, as the video report by NTV Uganda below shows.

Museveni has previously said that he would not run after turning 75 and that he would not support anyone who would wishes to change the constitution to pave the way for him to run. But on 14 September, he seemingly contradicted himself, saying members of parliament are free to decide about the age limit, as reported by the Daily Monitor newspaper:

About the NRM people who were yesterday involved in an activity [of passing a resolution to table a motion].That was not the official NRM caucus. But they are NRM people who have brought their views. In Runyakole, we call them Nyekundire [volunteers]. Originally, they were provoked by malicious people

Musician and member of parliament Robert Kyagulanyi, famously known as Bobi Wine, released a statement on his Facebook page calling on the general public to defend the constitution, pointing out that Article 1 of the constitution states that power belongs to the people of Uganda. He said:

Poverty and these terrible conditions in our country do not discriminate.
We must make the pledge that WE SHALL NOT ALLOW THIS AMENDMENT TO PASS.

Article 1 of that Constitution says that “ALL POWER BELONGS TO THE PEOPLE.” We are the people. If this Constitution is amended today, we shall have only ourselves to blame for eternity.

20 or even 30 years from now, President Museveni will be asking for more terms and you will perhaps be on your sickbed or dead! or still living in this suppressive and oppressive environment. At that time, you will look back and wish you did something today.

WE MUST DEFEND THE CONSTITUTION BEFORE IT IS TOO WEAK TO DEFEND US.

On Twitter, BBC journalist Patience Atuhairwe shared photos of minister and member of parliament Evelyn Anite with other NRM lawmakers wearing yellow t-shirts and captioned them as the constitution mobilisation group.

A local television station tweeted a video of independent parliamentarian Muhammad Nsereko angrily speaking against the bill, claiming his party will not allow NRM MPs to read the bill on the floor of parliament. He further called upon the religious and cultural leaders to come out and speak out against the bill.

VIDEO: Hon. Muhammad Nsereko: “No one will read the bill on #AgeLimit in @Parliament_UG, we shall tear it, we are going to gym” #NBSUpdates pic.twitter.com/NiBltDAt2B

NBS again tweeted a video of Evelyn Anite responding to the MPs opposing the bill saying they are ready to take the motion forward because they have 265 lawmakers supporting the motion. She further says it is them, NRM, that is in charge.

VIDEO: Hon. Anite to #AgeLimit removal opposers: We are not intimidated. We have the support, even support of the ‘majje (army)’ #NBSNow pic.twitter.com/Bt0Z7l2Uxa

Evelyn Anite is a strong supporter of President Museveni. She led the NRM party's sole candidature campaign which saw Museveni running for re-election in 2016 without being challenged in the party primaries.

The motion was expected to be tabled in parliament on 21 September 2017.