In Tanzania, Hepatitis Is a Serious Concern, but HIV/AIDS Remains Deadlier

Local media have dubbed the disease the ‘silent killer’. 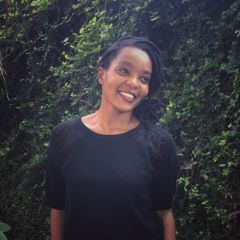 In a story published by The Citizen newspaper in Tanzania, Dr. John Lwegasha, the head of the gastroenterology and hepatology unit at Muhimbili National Hospital, was quoted as saying that hepatitis B is responsible for more deaths due to infectious diseases than HIV.

“In Tanzania, the rate of hepatitis B transmission, which is at 8 per cent exceeds the rate of HIV transmission which is below 6 per cent according to recent data availed by National Bureau of Statistics (NBS),” he said. “This is to say hepatitis B is responsible for a number of deaths [sic] than HIV.”

Hepatitis is a potentially life-threatening liver infection, most commonly caused by viruses, but also linked to heavy alcohol use, risky sexual behaviour, toxins and autoimmune diseases.

The hepatitis A and E viruses are primarily transmitted from person to person through contaminated water, food such as shellfish, and uncooked vegetables or fruit prepared by infected food handlers. The viruses circulate widely in populations living in areas with poor sanitation infrastructure.

On the other hand, hepatitis B and C are transmitted through infected blood products, unprotected sex, infected items such as needles, razor blades, dental or medical equipment, unscreened blood transfusions, or from mother to child at birth.

According to the World Health Organization, viral hepatitis affects 400 million people globally and, given the size of the epidemic, anyone and everyone could be at risk.

Worldwide, an estimated 95% of people with hepatitis are unaware of their infection. Hepatitis tests are complex and can be costly, with poor laboratory capacity in many countries, including Tanzania, where diagnostic and therapeutic evaluations cost 470,000 Tanzanian shillings (21 US dollars) and medical care costs 250,000 shillings (111 dollars) per month during the treatment period.

Data from the HIV and AIDS charity AVERT shows that 33,000 Tanzanians die every year from HIV/AIDS-related complications. While HIV-related deaths are relatively well documented, it is harder to find stats on how many people die from hepatitis. One source, a disease burden estimate from health information site HealthGrove, estimates that Tanzania has hepatitis mortality rate of 0.9 per 100,000. Extrapolating this to the country’s population shows that about 500 people die from hepatitis-related causes annually.

The World Health Organization’s data on hepatitis shows that about 1% of persons living with hepatitis B globally (2.7 million people) are also infected with HIV. The rate is higher in Tanzania, with 2.8% of individuals tested in a study published in BioMed Central showing a hepatitis B and HIV co-infection.
Media coverage of the disease in Tanzania has focused on its emergence as a “public health crisis”, with some publications dubbing it a “silent killer” due to the fact that it takes five to 10 years for those with hepatitis to develop a chronic illness.

Various reports in local media, including this article in The Guardian newspaper, state that Tanzanians are almost twice as likely to get infected with hepatitis as with HIV, mainly due to unsafe sex. Image of The Guardian's article “Doctors warn Tanzanians on outbreak of a new silent killer.”

Doctors are warning that Tanzania could be on the brink of a major health crisis brought about by the outbreak of viral Hepatitis, which has been described as a silent killer, due to its fast rate of infection and late diagnosis.

Are more Tanzanians dying from hepatitis than from HIV/AIDS? No.

With Tanzanian media using such alarming rhetoric around the topic of hepatitis, we would like to ask, is the disease likely to cause a “major health crisis” that could threaten the country’s healthcare system?
Pesacheck investigated the claim that hepatitis causes more deaths than HIV in Tanzania and found that the statement is FALSE for the following reasons:

A look at the US-based Institute for Health Metrics and Evaluation’s data on leading causes of death in Tanzania from 1990 to 2015 shows that HIV/AIDS was responsible for 12.5% of all deaths in the country in 2015, while cirrhosis and other liver conditions caused by hepatitis B and C accounted for about 0.6% of all deaths in the same period.

There is no denying that hepatitis is a health issue in Tanzania. The WHO’s World Hepatitis Day 2017 report places the country among 17 others that also have a high prevalence of hepatitis and accounts for 70% of the global burden of the disease.

Dr. Lwegasha’s claim appears to be based on global WHO data for 2017 which shows that viral hepatitis is becoming more prevalent globally, causing 1.34 million deaths in 2015 — comparable with tuberculosis deaths — and exceeding deaths from HIV, which amounted to approximately 1 million worldwide.

The local situation in Tanzania is different, with HIV/AIDS and related complications causing more deaths than hepatitis A, B and C, and related liver diseases combined.

Therefore, the statement that there are more deaths caused by hepatitis than by HIV/AIDS in Tanzania is FALSE. The data shows that while infection and transmission rates for hepatitis are growing, HIV/AIDS causes more deaths overall. Additionally, Tanzania has achieved a 98% immunization rate for infants against hepatitis B, meaning that prevalence is likely to drop in the future.

Do you want us to fact-check something a politician or other public figure has said about public finances? Fill this form, or reach out to us on any of the contacts below, and we’ll help ensure you’re not getting bamboozled.

PesaCheck, co-founded by Catherine Gicheru and Justin Arenstein, is East Africa’s first fact-checking initiative. It seeks to help the public separate fact from fiction in public pronouncements about the numbers that shape our world, with a special emphasis on pronouncements about public finances that shape government’s delivery of so-called ‘Sustainable Development Goals’ or SDG public services, such as healthcare, rural development and access to water / sanitation. PesaCheck also tests the accuracy of media reportage. PesaCheck To find out more about the project, visit pesacheck.org.