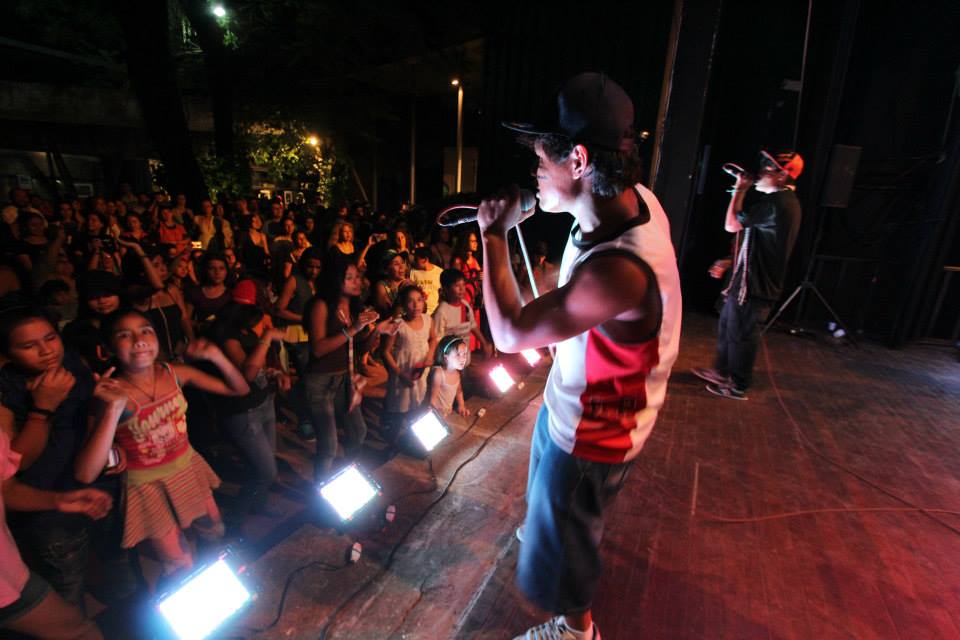 Several indigenous hip-hop artists from Brazil are leveraging the power of technology to shed light on their culture, identity and the wider social issues that matter to their communities.

Through platforms such as Facebook and YouTube, these artists have been using their voices and lyrics to start a conversation — and to bring their message to a wider, more connected audience.

Currently, there are more than 240 indigenous tribes residing in Brazil, representing about 0.9% of the country’s total population. These communities have experienced many injustices throughout history, but in present times, land rights are the most prominent issue for the indigenous population.

In the midst of these debates, hip-hop has proven to be a powerful tool in highlighting indigenous viewpoints. Here are some of the rappers who have been at the forefront of this movement.

Brô MCs are a group of four indigenous rappers from the Jaguapirú and Bororó village in the town of Dourados, in the centre-western state of Mato Grosso do Sul.

Back in 2009, when Bruno Veron, Clemerson Batista, Kelvin Peixoto and Charlie Peixoto formed the group, their musical pursuits were met with skepticism, from outsiders as well as from those within their own communities.

But they have since proven that rap culture and indigenous issues can work powerfully together.

Not only have they toured around Brazil, their music has also reached as far as Berlin's International Film Festival – the song “Terra Vermelha”, or “Red Land”, made it into the soundtrack of one of the Brazilian films submitted to this year's awards ceremony. 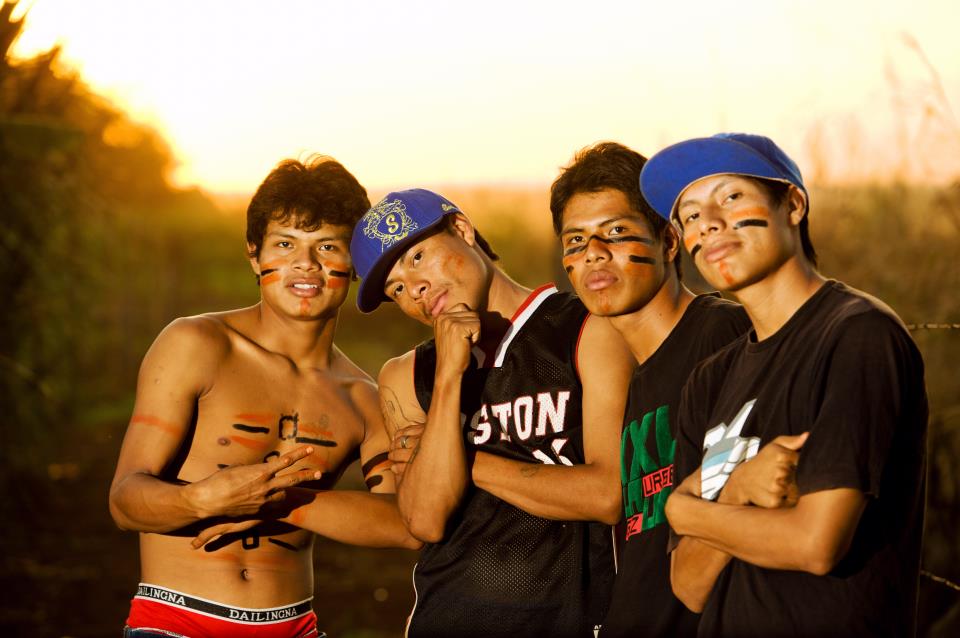 Their debut single was launched on YouTube in 2015 through the Guateka channel – a project that seeks to capture the daily lives of indigenous communities across the country.

“Koangagua”, which loosely translates to “Nowadays”, is sung entirely in Guarani Kaiowá (the group's native language), with Portuguese subtitles accompanying it. Its lyrics talks about the importance of their chosen genre of music in the promotion of their beliefs and the things that matter most to their communities.

Here's an excerpt of the song in question:

My speech is strong and is with me / I speak the truth, I don't want to be like you / I sing about various issues and this is what I'm showing / The indigenous voice is the voice of the now

Most of their social media activity is on Facebook, where fans can find out about upcoming shows and media appearances and gain some insight into the issues that the group is passionate about.

One of their most recent posts, for instance, promoted a photography exhibition in the southeastern city of Belo Horizonte, in the state of Minas Gerais, that showcases the lives of the Guarani-Kaiowa people.

Brô MCs has also made their debut on TV with “Guateka“, a five-episode fictional mini-series loosely based on the rap group’s personal journey as indigenous musicians. They play themselves in the locally produced series, which was funded by public grants and premiered on Brazil's public TV channels in May 2017.

Oz Guarani: From São Paulo and beyond

Oz Guaraní are the first indigenous rap group from the southeastern city of São Paulo, Brazil's hip-hop capital and the home of the country's most famous rappers, among them Emicida, Mano Brown and Criolo.

The teenage trio, Jefinho, Mano Glowers, and Vlad Macena, hail from Tekoa Pyau and Tekoa Ytu villages of the Jaraguá suburb, on the western end of the city.

Their origins stem from a series of local protests a few years back, sparked by ongoing land disputes between the Jaraguá tribes and the local government. The group met during one of the gatherings, and decided to write a letter about what was happening at the time – which was in turn transformed into their first single, “Guerreiro da Aldeia Jaraguá” (“Warrior of the Jaraguá Village”):

Their online presence places an emphasis on social issues, such as the aforementioned land battles. They also use Facebook to share their successes and upcoming endeavors, including video interviews, new singles, and performances.

Another platform that Oz Guarani uses to disseminate their songs is Palco MP3, an independent Brazilian music-sharing website that's quite similar in concept to SoundCloud: artists can upload their tracks, which are freely available for download, and update their profiles to connect with those who want to know more about their music.

Werá Jeguaka Mirim, who goes by the artistic name Kunumi MC, first rose to prominence on the national stage not for his music, but for his activism. During the 2014 FIFA World Cup, Kunumi raised a sign in the middle of the field asking for the demarcation of indigenous lands.

The rapper, whose musical moniker means “young one” in Guaraní, has since made his mark as Brazil's first solo hip-hop artist by releasing his first debut album, titled “My Blood Is Red”, on June 2, 2017. 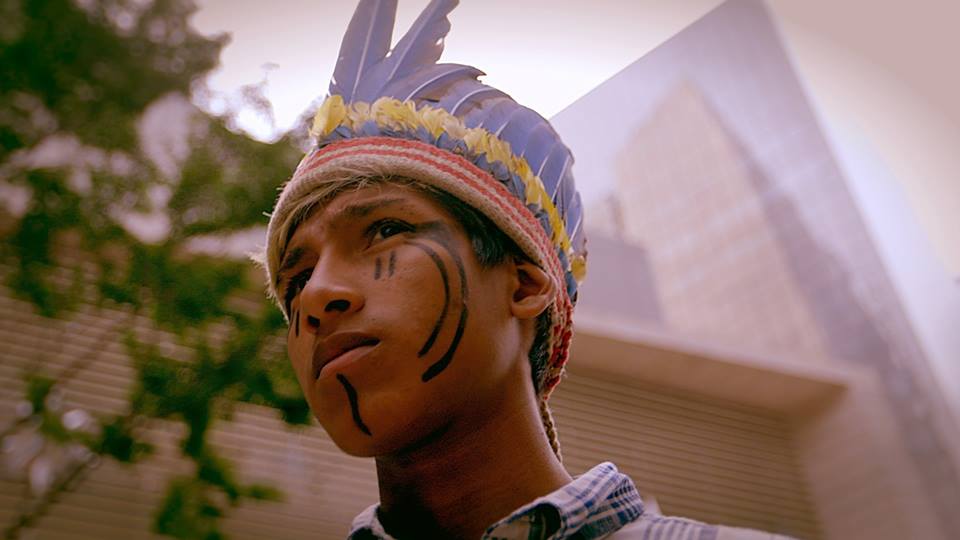 Kunumi comes from the Krukutu village in Parelheiros, in the extreme south of São Paulo, and has been expressing his creativity from a very young age. In fact, his own father, writer Olivio Jekupé, was the one who sparked the boy's interest in the use of language to shed light on issues that truly warrant attention.

You can find teaser videos for some of his songs on YouTube, as well as the full-length music video for his debut single “O Kunumi Chegou” (“Kunumi Has Arrived”):

An excerpt from the lyrics to that song above reads:

To fight for others and being true to oneself / Among the crowds, you might not be the best / But you can act collectively / Always with humility, conscious reasoning / Keep this in mind

His most recent release, “Guarani-Kaiowá”, also talks about the struggles and violence his people endure on a daily basis:

On Facebook, Kunumi shares a mix of local activist projects, personal views, as well as his music and creative projects.

Like Oz Guarani, Kunumi also makes his music available on Palco MP3. You can find his album on Spotify as well.