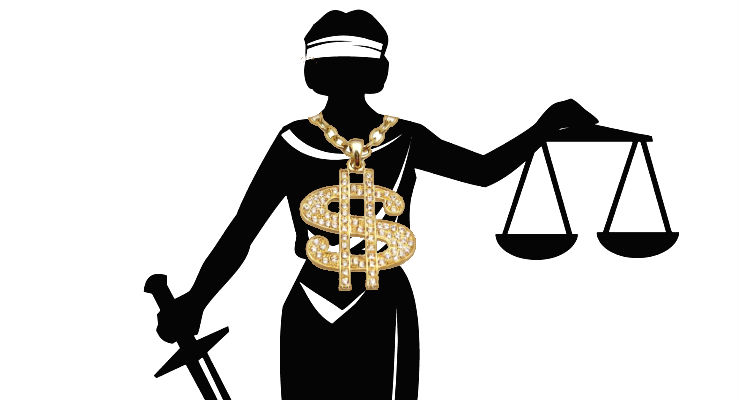 Image shared on Flick by Democracy Chronicles, reproduced on licence terms CC BY 2.0.

Mexico's Institutional Revolutionary Party (PRI), the party of incumbent President Enrique Peña, intends to name one of its loyal members as head of the Federal Prosecutor General (FGR). As a result, Mexican public opinion has been shaken.

As part of the legal reforms enforced in recent years, we expect that once put into operation, the duties of the current Attorney General of Mexico (PGR) will be taken over by the FGR. Beyond a simple name change, the intention is for the FGR to be an autonomous organization, and not subject to the usual government rules. The objective is also that the District Attorney who heads the FGR will be someone who has not been nominated by the president. This aims to avoid conflicts of interest which could arise when the investigator has to conduct inquiries about issues involving those who appointed him to the position.

In the context of the damaging and apparently unending corruption scandals afflicting Mexico, it is difficult for the government to find a new head of the FGR (who in theory will have a nine-year term) with absolutely no involvement in mainstream political parties.

Therefore, the PRI asking the current head of the PGR, Raúl Cervantes to become the head of the FGR, is something which was deemed by public opinion as an “automatic pass”, since Cervantes would change his post directly to FGR. This change of post could make it easy for power to be managed by people with the same interests.

Raúl Cervantes worked with the PRI during the presidential campaign of Enrique Peña. According to reports, Cervantes was also an unofficial adviser of the ex-governor of Veracruz, Javier Duarte, who has since become a symbol of corruption of the PRI party. Duarte is currently subject to trial and the PGR is the organisation in charge of  the prosecution.

This is what analyst Leo Zuckermann had to say about the links between Cervantes,the PRI and Peña:

The first autonomous district attorney should be as autonomous as possible to earn credibility and legitimacy. It will be difficult to find a person interested in this position who is “chemically pure”, that's to say, independent on all sides. The problem with Cervantes is that he is extremely far from being independent because he is extremely close to Peña's Institutional Revolutionary Party. In the event of Cervantes becoming District Attorney, this would really complicate both his life and the new institution of justice.

At the start of September 2017, it became known that amongst the possessions of lawyer Raúl Cervantes is an ostentatious Ferrari car, registered to a nonexistent address which could be part of a tax-dodging scheme. The public was not willing to overlook the situation and took to social media to express their protest:

@RaulCastro‘s 2011 Ferrari  PXJ-9181 is worth 4 times more than his little house in Xochitepec.

[Text in the image: Corruption: a proud sponsor of Ferrari in Mexico] #FiscalCarnal [#attorneyfriend] or #FiscalFerrari [#attorneyferrary] it will always be us who'll pay.

[In the summary of the article: Those who know Raúl Cervantes, know about his dealings with millionaires. Travelling in bullet-proof cars, taking vacations in Miami…] #FiscalFerrari, revealed

In one tweet, which has been shared more than seven thousand times, Diego Peterson Farah sent the following message to Cervantes, highlighting the public servant's intention to avoid paying taxes known as “possession taxes”:

News about Cervantes’ Ferrari and his tax avoidance was downplayed by traditional national media outlets:

Various civil society organisations, including Fundar and Mexicanos Contra la Corrupción y la Impunidad – about whom Global Voices published a piece in 2016 – have launched an appeal to the country's leaders and to the public to stop the PRI's plan to appoint Raúl Cervantes as head of the FGR. They also implore that in order for the institution to be fair and useful, it should be headed by an individual who is not involved with any political party. On social media networks, particularly Twitter, people have been using the hashtag #FiscalíaQueSirva [an attorney general that can work].

Organizations #Let'sGoForMore and #FiscalíaThatWorks send an appeal to the Senator to reject Cervantes’ automatic pass. The extract of the letter reads: “It is not our goal to evaluate personally or professionally the work of the Attorney General to see if he can become head of the Federal Prosecutor General. This task is for Mexican [citizens] in general. Thus, the legislative power needs to pay attention to citizen's opinions so the honor, the autonomy and the independence demanded by the post can be ensured. The social legitimacy of that public servant is fundamental.

Citizens appeal to the Senator over the District.

Public opinion about the issue has gone beyond social media networks since it also led to street activism.

In the past, Global Voices has reported how the ruling party has plotted against addressing public demands and managed to limit legal reforms to continue operating in a corrupt and secretive manner.

Amongst the cases that Cervantes has been unable to resolve or submit to the courts is the disappearance of the 43 students in Iguala (better known as the Ayotzinapa case), which took place in 2014. Another case is the illegal surveillance and attacks on privacy perpetrated by the Mexican state via spyware Pegasus (reported in 2016). Another urgent issue is the unpunished homicides of reporters and other attacks against freedom of expression, on which Global Voices keeps a special coverage.

The future of Cervantes is uncertain, as are the intentions of the national political leaders on the matter. We shall have to wait to see if they yield to the #FiscalíaQueSirva or instead opt for a system which could lead to impunity for the next nine years. The decision, for now, is in the hands of the legislators.