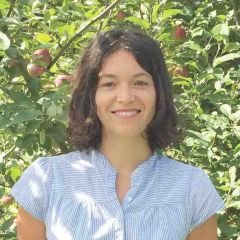 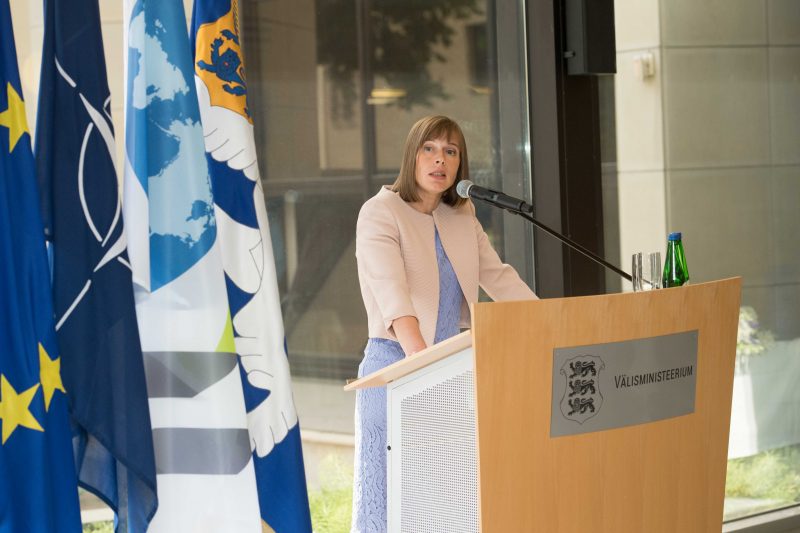 In her recent independence day speech, Estonian President Kersti Kaljulaid spoke on technological change, the globalization of labor, and the dangers of close-minded nationalism. This last point has dominated global reactions to her remarks.

In her national address, which marked the 26th anniversary of Estonian independence from the Soviet Union, President Kaljulaid talked about the perceived contradictions between national and socially liberal values. Her remarks were concrete and straight forward, emphasizing the possibility of preserving Estonian culture “without inhibiting democracy.”

“I am proud that I am an Estonian and I do not see any contradiction in also being part of an international value-based community,” she said.

Among other things, independence also means the opportunity to disagree. One idea, one opinion, one right – this is what we wanted to be free of. At that time [when Estonia gained independence from the Soviet Union], we explicitly recognised that this way of thinking meant totalitarianism.

Today, 26 years later, we have for some reason started to think that different opinions are no longer necessary. We seem unable find any reasonable compromises anymore – ones that many people would be happy with.

Kaljulaid outlined current, nationalist attitudes in Estonia that are also being felt around the world. Instead of supporting socially inclusive choices, she observed that the emphasis these days seems to be on everybody’s right to make their own choices.

She drew on Estonia’s history and the Baltic states’ fight for freedom, saying how the struggle from Soviet occupation allowed for democratic states that easily adopted governments that “follow the rule of law, value personal liberties, free media, and keep the power of state within a predictable framework.”

Now, Kaljulaid warned, Estonians are threatened by a “self-occupation” that can be brought on by the restriction of freedoms in the name of an idea.

“One cannot aspire to lead the society and then make compromises related the Estonia's long-term future in the name of one's own short-term political interests. Victory is accompanied by the obligation to make sure that the losers do not feel they have been sacrificed for the interests of others,” she said.

An occupation is usually initiated in the name of an idea, mobilising behind a concept without listening to other ideas or concepts. This is followed by shutting off the annoying buzz of dissenting opinions, because if you don't listen, the ideas of others will just turn into noise. That's all it takes. And democracy is consigned to the past.

We see this self-occupation occurring in countries where we thought that our similar experience behind the Iron Curtain would help them avoid such developments. We had been convinced that democracy in those countries, as in ours, could only be destroyed by a foreign power.

And therefore we are in danger of not taking offence at the support for such developments if those promoting them speak the same language we do. Self-occupation moves more stealthily than occupation by a foreigner. The restriction of freedom, in the name of any sacred idea, be it pure Estonianism or a better choice of food – can mark the start of self-occupation.

The speech resonated within the country and the neighboring region. Estonian historian, politician and journalist Toomas Alatalu remarked:

Presid. Kaljulaid defined new censorhip – self-occupation/occupy yourself = all is initiated in the name of own idea shutting off all others.

It is a great pleasure that our neighbors are such a leader … a great talk!

In contrast, Russian-language media latched onto the introduction of the term “self-occupation”. Outlets such as Lenta.ru linked it to the ongoing initiative by Baltic countries to ask for compensation for damage incurred during the period between 1940-1990 when they were forcibly made part of the Soviet Union, and to Baltic efforts to integrate the term “Soviet occupation” into official European language historicizing totalitarianism and honoring its victims. As the Russian government considers Russia an heir to both the Russian Empire and the USSR, this is likely seen as a direct affront to its reputation.

Kaljulaid also spoke to concrete challenges that Estonia faces, including current and future technologies that are set to globalize workforces and make geography and place obsolete.

Since Estonia’s independence in 1991, the country has been an active participant in the global community especially via digital technologies. Estonia has one of the world’s fastest broadband services and was the first country to declare internet access a basic human right. Kaljulaid herself often speaks of “cyber hygiene” and digital societies – as opposed to digital technologies – that are inclusive of everyone.

Estonia began offering e-government services in 1997, and began providing nationwide free wi-fi in 2002. Online voting began in 2005. In 2012, fiber optic infrastructure was laid out and today 99% of state administrative services can be accessed online. Estonia is set to create the world’s first data embassy in Luxembourg – a center that stores the country’s data and is capable of re-booting the country in case of a cyber attack.

Having already established such high digital literacy, connectivity, low usage prices and e-services, Estonia is turning to some of the more challenging questions raised by the digital transformation such as citizens rights, security, and the protection of private information.

Estonia has now assumed the presidency of the Council of the European Union, helping to nurture the development of a digital society in the EU as Estonia has. These issues indeed may become central to how Europe and the rest of the world navigate widespread nationalist attitudes on a global stage.