Keeping His Story Alive: The Creative Legacy of Bassel Khartabil 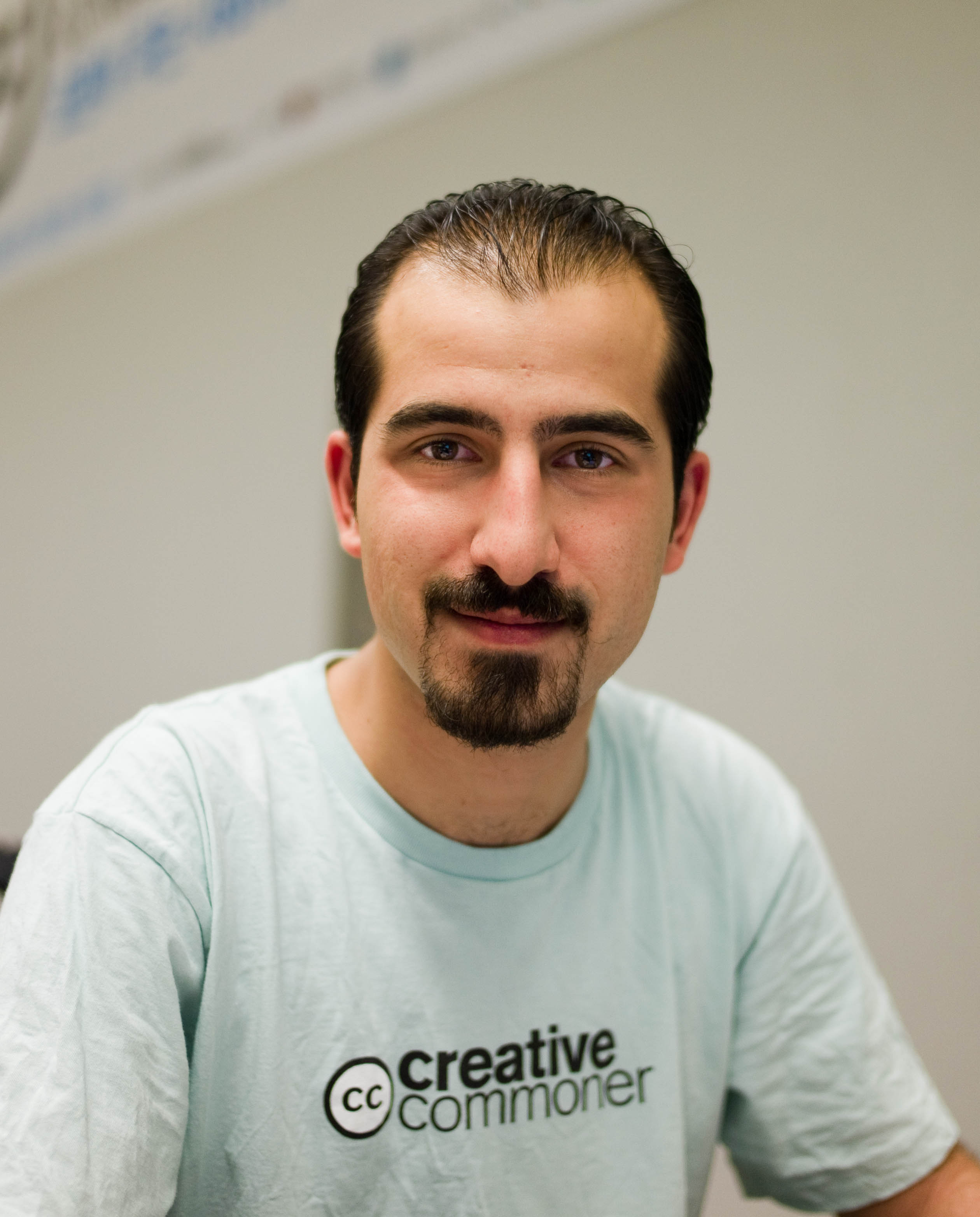 More than one month after his execution was confirmed, supporters continue to pay tribute to the memory of Syrian developer Bassel Khartabil Safadi and honour his legacy.

An open technology leader in Syria who was active in projects including Creative Commons and Wikipedia, Bassel played a pivotal role in extending online access and open knowledge to the public in Syria. He was detained by the Assad regime on 15 March 2012, and disappeared from his prison cell in October 2015. On 31 July, 2017 his family learnt that he was executed by the Syrian government shortly after his disappearance.

Since then, friends, colleagues and admirers of Bassel and the values that he stood for have found myriad ways to honor his life and continue supporting the kinds of work that most inspired him.

Bassel was remembered at Syrian New Waves, a program of Syrian film, visual art, music and talks that took place at the Eye Film Museum in Amsterdam from September 8-10.

In her opening speech, event curator Donatella Della Ratta, a writer and scholar who was a close friend of Bassel, described how Bassel started filming what was happening, when the uprising in Syria broke out:

I met him several years ago in Damascus behind a computer. He was the smartest computer engineer that I have ever met. He was loved by everyone and wanted by several companies in Silicon Valley.

When the uprising started in Syria in 2011, I was there, I saw him changing from the adorable but very geeky computer nerd that he was to a very dedicated citizen of a country which was trying to undergo a very big change. He took this, the camera phone and started filming, so he became one of those people who film endlessly, and upload and share because they want the world to see what is happening in a country that just dared to ask for more freedom and dignity: very basic needs.

Like Bassel, so many young Syrians have taken mobile phones instead of weapons to fight their struggle against the regime who has treated them as [if] they were carrying weapons and they were enemies of the country.

Bassel loved his country and [he] was killed by a regime who reputed him a traitor for having showed the world that in fact there was indeed once something called a peaceful revolution in Syria. Bassel wanted the world not to ignore Syria and not to forget. He wanted a living evidence of the atrocities committed by the regime and so he made images. He died to produce an image evidence, while the regime is well alive and in a good shape and trying to get rid of all these images and their makers…

The program celebrates the work of a new wave of Syrian filmmakers and visual artists “that places contemporary Syrian image-making in a perspective wider than looking at it as a mere visual evidence from a war-torn country.”

A number of non-profit organizations including the Wikimedia Foundation, Mozilla and Creative Commons announced the Bassel Khartabil Free Culture Fellowship to honour Bassel's contributions to free culture and the open web. The fellowship “will support outstanding individuals developing the culture of their communities under adverse circumstances” and strongly encourages applications from the Levant region of the Middle East. Global Voices is also an organizational partner for the fellowship.

Tributes to Bassel have also come in the form of song. On 5 September, the Disquiet Junto, an open community of musicians released “A Future In Commons: A Tribute To Bassel Khartabil,” a compilation of songs composed over the years that incorporate Bassel's words, his letters and even his own voice.

The group describes the album as an attempt to “extrapolate sound from the poetic language of his correspondence” and to “keep his story alive even after he was no longer.” Here are two songs that we selected from the album: