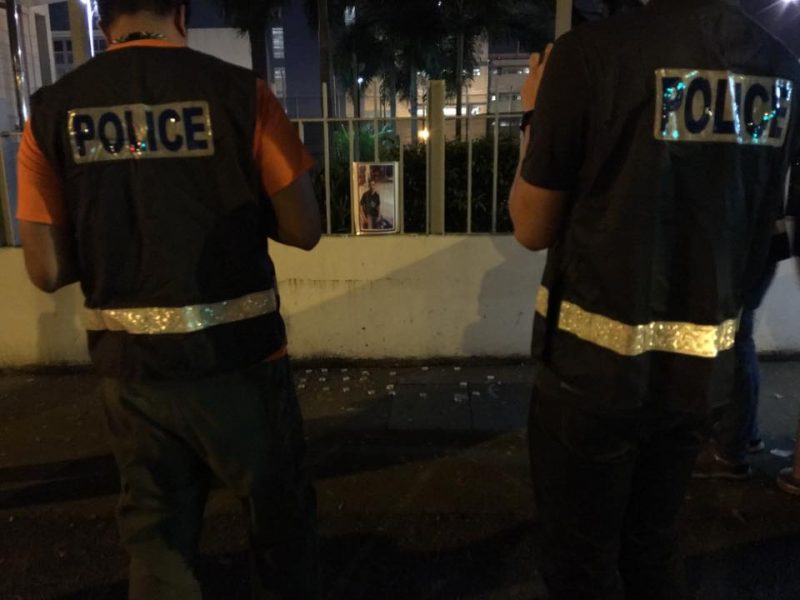 Singapore police have summoned 17 individuals for participating in a candlelight vigil held on July 13, 2017, accusing the group of activists and journalists of organizing an ‘illegal assembly.’

The group gathered outside Changi Prison in eastern Singapore to show support for the family of Malaysian migrant worker Prabagaran Srivijayan, who was executed on drug trafficking charges on July 14.

Prabagaran insisted on his innocence up until the end of his life, and several human rights groups urged the Singaporean government to spare Prabagaran and revisit the case. But his execution sentence was carried out, and Prabagaran became the fourth person executed by Singapore in 2017 on drug-related charges.

Although many of the 17 individuals who joined the vigil were anti-death penalty advocates, they mainly intended to show solidarity with Prabagaran's grieving family.

During the candlelight vigil, several police officers arrived and confiscated the candles but allowed the vigil to continue as long as candles were not lit.

Two months later, Singaporean police are now probing the individuals who joined the vigil for violating the law on public assembly. It is strictly prohibited in Singapore to hold a gathering without a permit under Section 16(2)(a) of the Public Order Act, Chapter 257A.

Writer Kirsten Han, a Global Voices contributor who attended the vigil and later received the police summons, described the experience on Facebook, and wondered why the vigil was deemed an illegal assembly:

I understand that it is the police’s duty to protect law and order and to uphold the laws of our country. But when a simple, nonviolent, quiet vigil for a man about to be hanged by the state is deemed an illegal assembly worthy of a police investigation, perhaps it is time to think about whether we are striking the right balance between public order, freedom of assembly and compassion.

The police also summoned Terry Xu, editor of The Online Citizen news website, who expressed surprise to learn the vigil was viewed by police an act of illegal assembly:

The police are apparently preventing those who attended the vigil from leaving the country without clearance from authorities. Terry Xu was stopped by immigration officers while preparing to travel outside Singapore:

Are the police acting as judges to decide whether or not one can leave the country without putting the matter to court?

If this is not harassment, I don't know what else can be considered as one.

Human rights groups have criticized the police for harassing individuals participating in a peaceful vigil. Function 8, a Singapore-based NGO, released a statement describing the case as going “against the spirit of our Constitution and a waste of police resources.”