An Immigrant, Activist and Attorney's Hard Truths on DACA 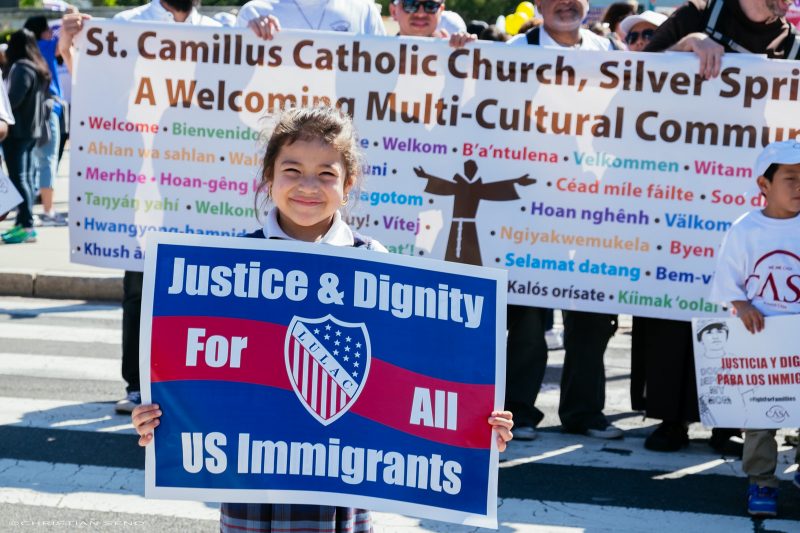 The recent announcement by the Trump administration about the Deferred Action for Childhood Arrivals policy (DACA), was not surprising. Nor was it out of place in the larger context of immigration policies and practices of inclusion both in the United States and abroad.

For me as a refugee and an immigration attorney, the current state of affairs presents significant challenges, but also represents a turning point in the status quo. It is certainly difficult to counsel a client about what the end of DACA means, and sense of betrayal that they must feel. But it is equally important that we demand much more than the continuation of policies that simply provided them with an ID card authorizing employment. Attorneys will go out of their way to try to justify their conduct or limit their culpability in legitimizing this process, but there is no way around it—and I speak as someone who has signed up clients for DACA. Now is the time for hard truths.

The following reflections are not meant to be fatalistic, nor should they be read as in any way downplaying the malicious policies of the current administration. They are simply thoughts that have arisen for me at this precise moment in history.

DACA, which came into being in 2012, was never a route to any meaningful form of status for immigrants. It merely provided temporary work authorization and “deferred status” for certain immigrants, both of which could be terminated at any time at the discretion of the United States Citizen and Immigration Services.

DACA also succeeded in promoting a “good immigrant vs. bad immigrant” narrative that fueled the record-breaking uptick in deportations by the Obama administration, while providing feel-good fodder for those who wanted to give “dreamers”—as the beneficiaries of DACA are known—a chance. A chance, that is, to participate temporarily in the economy and ultimately be used as political pawns.

As an immigrant myself, it's hard to articulate the alienation and subjugation that labels connote, whether the label has positive overtones, like “dreamer,” or deeply negative ones, like “wetback.” The push to humanize can be quite offensive to the targets of those efforts, like when dreamers are asked to talk about how much they want to go to school and to work, or basically, to affirm their humanity for political ends.

All of this is connected to the American Dream and all that it entails. The subtext is: let us admit these poor children to our feasts, at least for a few hours; but don't worry, their parents will still handle the clean-up.

What should be underscored, as well, is how the program was pushed forward on the backs of nonprofits and immigration attorneys who urged their clients to come out of the shadows, put their trust in them and the government, then provide their information in exchange for these supposed immigration benefits. I don't doubt the good intentions of those involved in these efforts, but a degree of the responsibility belongs to those who legitimized these policies—the nonprofits that were funded to do the outreach, and the immigration attorneys who were paid to prepare the cases.

These are the difficult questions that all of us who have occupied a privileged position within this current system should ask ourselves, especially concerning the intersection between profit, funding and the direct or indirect legitimization and reification of the institutions, ideas, and discourses in question. This includes cultivating certain subgroups deemed worthy of assistance, humanization, and support.

Today, immigration has emerged as arguably the most important human rights issue in the world, and immigration laws are in fact the only real and enforceable international laws on the books. They are the only laws that can extend beyond the boundaries of nation states and have real and practical consequences. Identifying and understanding what is at stake should inform our strategies and our priorities.

Change and development within U.S. society continues to be driven by contradictions, and the issue of immigration is an instructive example. This may sound cynical, but one could argue that the Muslim Travel Ban and the end of DACA have drastically increased the public's awareness of the details and nuances of the issue of immigration and its intersection with law and economics. This includes the border-to-prison pipeline that has gone largely unnoticed in this country, and the complex entanglement between incarceration labor and immigration.

Paradigm shifts are often accompanied by immense volumes of human suffering. It took 30,000 children crossing the U.S. border and being placed in removal proceedings before debates began to emerge about whether certain individuals should be afforded legal counsel or some form of due process in these proceedings. The crisis in Europe around migration is no different.

It is helpful, therefore, to understand these crises and challenges not as defeats, but instead as part of an evolving and dialectical struggle for human rights. This means understanding the global impact of these policies and underscoring the need to find solutions which do not divide us, and which take into account the privileges and benefits we have refused to link with the current state of affairs.