The Population of Nepal’s Naumuthe Cow, One of the World’s Smallest Cattle Breeds, Is Dwindling 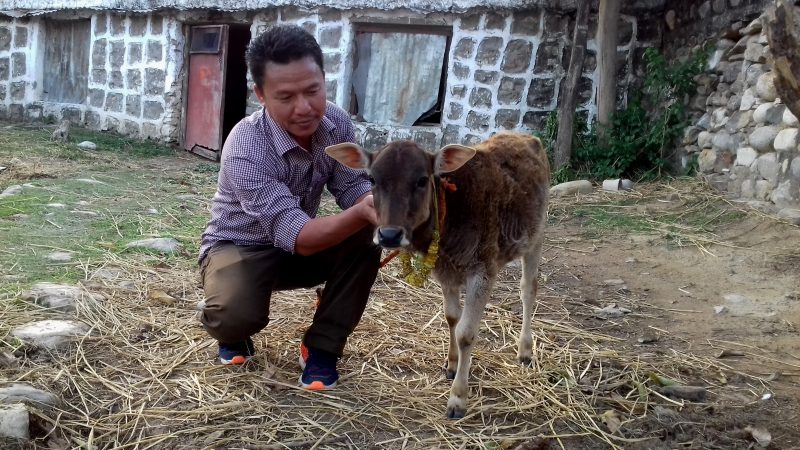 The Achhami or “naumuthe” cow is one of the world’s smallest cattle breeds. Originating from Nepal’s Achham district, this gai (meaning “cow” in Nepali) is called “naumuthe” since it measures only nine muthi (meaning “a closed fist” in Nepali) from hoof to hump.

According to the District Livestock Services Office (DLSO) of Achham, a naumuthe cow’s average height is 88 centimeters at the withers and average weight is 150 kilograms. It normally gives about 1-2 litres of milk daily. 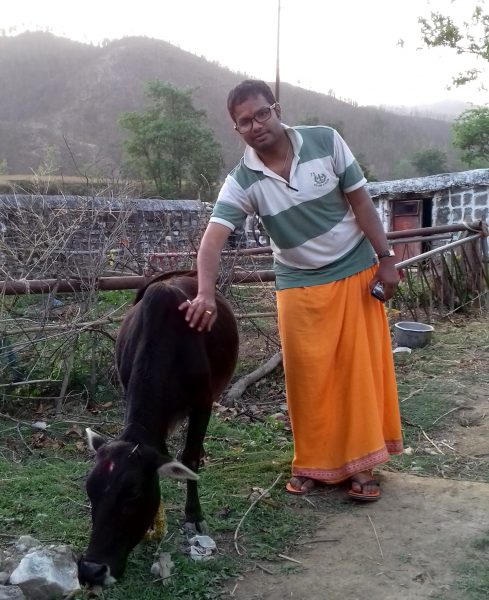 On the other hand, the bull’s average height is 97 centimeters at the withers and it weighs around 160 kilograms.

The animal is certainly small, and so is unfortunately its population. As per recent DLSO records, currently, there are only 447 individuals of this breed left in the Jalpadevi, Baijnath, Ghughurkot, Mastamandu, Babla, Khaptad, Budhakot and Devisthan villages of Achham district.

According to research by Surendra Wagle, the Achhami cattle’s population is falling due to cross breeding, illegal trading to Tibet for slaughtering, and neglect from local people due to less economic returns from rearing this breed, among other reasons. However, this breed is more resistant to foot-and-mouth disease and can survive in diverse environments.

It also produces milk that's “more nutritious than a normal cow's,” if you were to believe Dev Raj Upadhyay, the principal of Baidyanath Ved Vidhyashram, a Sanskrit school in Achham, that has been rearing the breed for some time now. 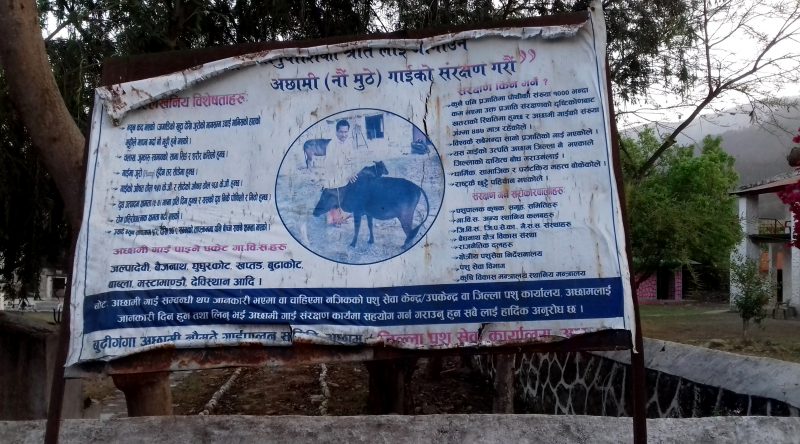 A hoarding board kept by District Livestock Services Office to raise awareness about the naumuthe cow. Image: Sanjib Chaudhary

In his research for the second Organic Animal Husbandry Conference in Germany, Devendra Prasad Bhandari recommended in-situ conservation of the breed, implementation of a policy to reduce its illegal trade to Tibet, and commercialization of the breed and its organic products in the international and national market.

And Surendra Wagle proposes conducting awareness workshops with farmers and providing incentives to groups to rear the naumuthe cow.

Time will tell if the concerned authorities and communities are able to come together and save this breed before it disappears.