The Endless Conflict That Plagues the Central African Republic 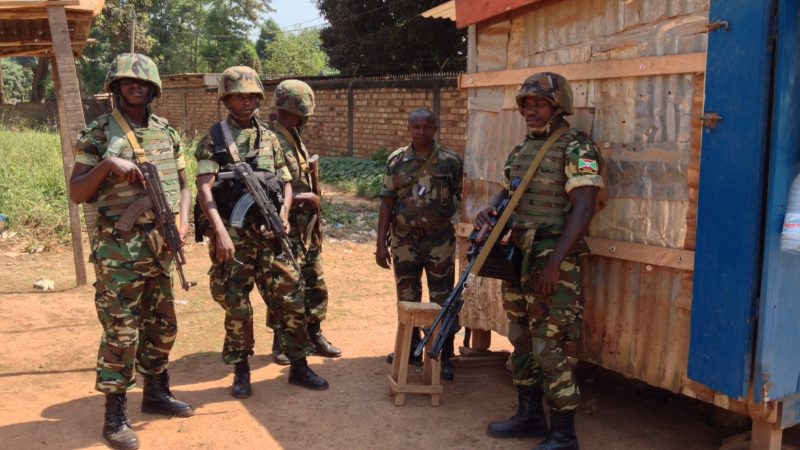 On August 9th, 2017, Juan José Aguirre, head of the Bangassou Dioceses in the Central Africa Republic (CAR), reported the slaughtering of more than 50 people by Muslim militias in a village 45 miles from Bangassou. This announcement is the latest in a string of violent events which have marked an escalation in tensions between Christian and Muslim militias, leading some to believe that the country may be on the brink of genocide.

A history of recent tensions

The Central African Republic descended into turmoil in 2013 when the mainly-Muslim rebel coalition, or the so-called Seleka, overthrew the then-president, François Bozizé, a Christian. The first purpose of the coalition was to establish a Muslim government, in a country where 80% of the population is Christian. After the coup, some Christian militias known as Anti-Balaka — or “anti-machete” — assembled to fight the Seleka. At the time, the risk of a genocide prompted the United Nations to act. On December 5th, 2013 the UN Security Council authorized the deployment of the operation Minusca, backed by the French operation, Sangaris. Quickly, the military power and well-planned strategy employed by the western forces on the ground lead to a peaceful agreement finally signed in July 2014. However, since then, the situation on the ground has worsened. 2017 marks the beginning of a new start for this conflict. With the withdrawal of French troops last year, the Central African Republic might fall into the same situation as Rwanda did in 1994, with worrisome warnings of insecurity over the last months. As the violence escalates, the efficiency of the Minusca operation is being more and more questioned. Despite the fact that the Seleka were dissolved after 2014, some factions known as ex-Seleka remain very important in the country, notably in areas where the government does not exert control.

The Central African Republic is quite singular in the African landscape, because of the nature of its infighting. While many civil wars — particularly in Africa — stem from cultural and ethnic divisions, the Central African Republic is torn apart by religious differences. Both the Christian Anti-Balaka and the Muslim Seleka militias carry out regular “target killings” on civilians, according to their religious beliefs. From that standpoint, it really differs from Rwanda or Congo, where the ethnic issues always trumped religious differences.

Notwithstanding that aspect of the conflict, the Central African Republic is far from being engulfed in an old religious conflict. Despite the fact that many different people — Christian and Muslims — have to live together, the relationship between the two communities was relatively peaceful until 2013. That point can explain the fact that the country seems overwhelmed by the current events.

The Central African Republic never faced such a conflict before, unlike other neighboring countries. The country had managed to avoid a huge civil war, and many agree that the current conflict is the worst since the country's independence.

After some peaceful months following the election of the country's current president in March 2016, Faustin-Archange Touadéra, violence increased again. Many commentators criticized the withdrawal of the french troops that same year, regarding the security situation on the ground. The situation has even worsened since the beginning of 2017, with new clashes between Anti-Balaka and Ex-Seleka. According to the United Nations, 34 have been killed at the end of July in another part of the country. Six volunteers from the Red Cross were killed on August 3rd in Gambo by Ex-Seleka militias, as part of a reprisal after an attack caused by Anti-Balaka a few days earlier. The peace process, which started in 2013 after the French intervention, is now a distant memory and it is hard to imagine something other than an escalation of the conflict.

Over the last few weeks, Alindao, just like many other cities, has faced a repetition of the bloody conflict that destroyed the country beginning in 2013. The recent slaughtering of civilians was reported in June 2017 — at least 133 civilians — with entire neighbourhoods set alight.

In a tweet by MSF International, the organisation quotes a civilian who survived the attack:

They shot me in the shoulder and I fell down. I played dead; that's how I survived. Elisée R., 27.

This slaughter actually happened in places where the Minusca is deployed. The UN camps are not suitable for the displaced persons, with a lack of organisation and means on the ground. People from attacked cities try to reach neighbouring countries such as the Democratic Republic of the Congo. In Banguassou, over the last weeks, half of the population fled the city. The Archbishop of Bangui, Dieudonné Nzapalainga, stated:

It is only in Bangui that we have the semblance of a state. Out of Bangui, there is no state. Rebels are in control.

Even if the UN Mission is not efficient enough, it is also important to take into account the rough situation on the ground for humanitarian assistance. The Central African Republic is an extremely poor country that is twice as big as France but with less than 900 miles of paved roads. It is really hard for UN troops to circulate within it and very difficult to reach some areas.

Moreover, the Central African Republic does not have a suitable army, and its government really looks like a shadow cabinet, with no effective power on the ground. One year after president Faustin-Archange's election, large swaths of territory are still beyond the control of the government.

The UN warns of possible genocide

Today, the situation has worsened to such an extent that Stephen O'Brien, the UN Under-Secretary-General for Humanitarian Affairs, likened the violence to “early warnings of genocide”. During his visit to the country, O'Brien told the press that he witnessed 2,000 Muslims holed up in a Catholic church in the town of Bangassou. This episode occurred after the Anti-Balaka Christian militias had burnt an entire village, gathering the civilians, who according to O'Brien:

were just lying in wait to kill them if they tried to move. There’s a very deep ethnic cleansing approach.

In reference to the “deep ethnic cleansing approach”, O'Brien called on the Security Council for a relevant increase of funds and “blue helmets” — the UN peacekeepers which currently number a little over 12,700 — on the ground as part of the Minusca Operation. He also pointed out that the number of displaced persons had increased by 40 percent from last year, up to 600,000 people in a country of 4.5 million.

The signs of a foreseeable genocide are present at a moment when little support is available from the international community on the ground. In May, the Red Cross said that 115 bodies had been found following a series of militia attacks. According to Crisis Group violence worsened in the north and east, leaving over a hundred dead. The economic situation has worsened, public debt rose 20 percent, and is now approaching 50 percent of GDP.

The fate of the country might be out of their hands

Urgent steps need to be taken. The deployment of French military operations on the ground ensured some encouraging results, but they are too brittle to really last, given the insecurity and the absence of solid facilities on the ground. The Central African Republic is a failed state, on the brink of collapse, already facing the beginning of a genocide. The current situation on the ground looks like the 1994 Rwanda, whose final rescue was only made possible by the intervention of other African countries, like Uganda, and the international community.

The future really looks dark and an intervention from the African Union is not on the agenda. Countries like Liberia and Sierra Leone which fall under West Africa and are part of the Economic Community of West African States (ECOWAS) experienced military help from the Economic Community of West African States Monitoring Group (ECOMOG). Unlike those countries, the Central African Republic is not part of the ECOMOG and cannot pretend to the same kind of help. Most likely, the best hope resides in an awareness from the international community, similar to the Rwandan genocide in 1994. Nonetheless, even for the peacekeeping missions, the situation seems to be a dire one. On May 8, 2017, five blue helmets died in an attack on their convoy, prompting the main blue helmets backers to be cautious.

It is worthy to add that the country does not at all represent a direct threat to Western security. The multiplication of terrorist threats in troubled spots in Yemen, Afghanistan, Somalia, and Mali — notably for the French government — means that, in all likelihood, the Central African Republic is no longer a priority for the international community.