As Myanmar Violence Spikes, Why Is India Threatening to Deport 40,000 Rohingya Muslims? 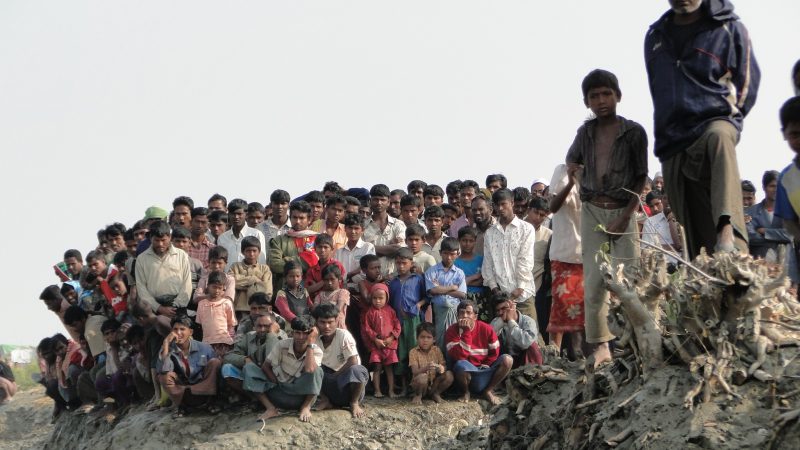 Many Indians are accusing the government of turning its back on human rights and the country's history of welcoming refugees with its declaration that it plans to deport the estimated 40,000 Rohingya Muslims living in India, including the 16,500 registered with the United Nations refugee agency.

Recent violence in Myanmar between Rohingya insurgents and Myanmar security forces has forced tens of thousands of Rohingyas to flee the country. But the Rohingya people have long faced persecution in Buddhist-majority Myanmar. They are effectively stateless, as Myanmar does not grant them citizenship, despite historical evidence linking them to the country's Rakhine state.

In the past decades, the more than one million Rohingyas living in Myanmar have faced crackdowns by Myanmar military, leading to a widespread exodus of Rohingya refugees to neighboring Bangladesh and India through land and sea routes, and to nearby countries Thailand, Indonesia and Malaysia by sea.

After the latest flare-up of violence, UN Secretary-General Antonio Guterres said “we are facing a risk” of ethnic cleansing, and some have gone further, labeling what's happening a “genocide.” Hundreds have been killed, and witnesses have reported Myanmar troops shooting civilians and burning homes.

The situation is grim, but the Indian government, under the Bharatiya Janata Party (BJP), doesn't view the Rohingya people living in India as refugees, but as “illegal immigrants.” As India's Union Minister of State for Home Affairs Kiren Rijiju recently put it:

I want to tell the international organizations whether the Rohingyas are registered under the United Nations Human Rights Commission or not. They are illegal immigrants in India and since they are not legal immigrants, they stand to be deported.

Indian Prime Minister Narendra Modi made an official visit to Myanmar during the first week of September and offered his support for Myanmar's leader Aung San Suu Ki, a recipient of Nobel Prize who has been widely condemned for allowing the brutal treatment of the Rohingya under her watch. He seemed to share her version of events, which is uncritical of the military and places the blame entirely at the feet of “terrorists.”

‘India welcomes all persecuted minorities, but not Rohingyas?’

India has not signed the 1951 UN Refugee Convention or its 1967 Protocol, unlike the majority of the world. But this might not be enough to justify deporting the Rohingya back to Myanmar, Mani Shankar Aiyar explained for news channel NDTV:

Surely Modi's government must know of the terrible suffering these Rohingya have fled from. Sending them back (“deportation”) amounts to transgressing the well-established principle of “non-refoulement“, that is, the principle in customary international law that no refugees may be pushed back to their place of origin if there is any apprehension that such persons will be subjected to the very suffering from which they fled.

Two Rohingya men, Mohammad Salimullah and Mohammad Shaqir, have petitioned the Supreme Court against deportation; their lawyer has argued it would violate the constitutional rights to equality, life and personal liberty. The final hearing is to be held on September 11.

The legal aspects aside, many Indians, such as politician and lawyer Prashant Bhushan, have balked at the notion of deporting the Rohingyas, asserting that India has a history of accepting refugees from all walks of life and religion without discrimination:

For example, in the past India has helped vulnerable populations fleeing from neighboring countries, including Sri Lankan Tamils, Afghans and Tibetans.

What's religion got to do with it?

The BJP government under Modi has ushered in a surge of Hindu nationalism, an ideology that believes the country should conform to Hindu, not secular, values. This in turn has led to a rise in animosity toward India's Muslim community, who are the country's largest religious minority.

Enmity towards Muslims is also tinged by India's turbulent history with neighboring Muslim-majority Pakistan — once the same British colony, the two were violently partitioned along religious lines in 1947, and the relationship has remained rocky ever since.

Some observers have linked the Indian government's intention to deport the Rohingya Muslim refugees to this background. Opposition politician and writer Salman Nizami tweeted:

And Nafees Ahmad in an article on news analysis site The Conversation explained:

To counter such (refugee) flows, the Indian government developed a new strategy last year. It has proposed amending the Citizenship Act of 1955 and make the naturalisation process easier – except for displaced persons of Muslim faith.

In this context, false claims that Rohingya militants were killing Hindus and burning Hindu temples have circulated on social media in India. Messages published online have also accused all Rohingyas of being violent, despite the lack of evidence for such a claim:

August 25 attack by 150 #Rohingya terrorists in #Myanmar shows it is a full-blown militancy. Those against deportation want India to suffer

Many news reports have also pointed out how Asian nations, including India, have stayed relatively quiet on the issue, ostensibly to protect their security and economic ties with the country. Some Indian editorials have, in fact, asked Modi to “make up with Myanmar” or risk losing business opportunities.

Hence the reason why India wants to deport thousands of Rohingyas to Burma, where the escaped from a genocide. https://t.co/Ba6NT4NxWm

Whatever the Indian government's reasoning, the threat of deportation is adding more grief to the lives of Rohingya refugees. One Rohingya man, who is staying in a UN sponsored settlement in Delhi, told NDTV: “We don't mind going back to Myanmar but only with a solution. That is our country, that is home, but death right here would be better than going back under the present circumstances.”