Yes, Racism Among the US Latino Community Against African-Americans Does Exist 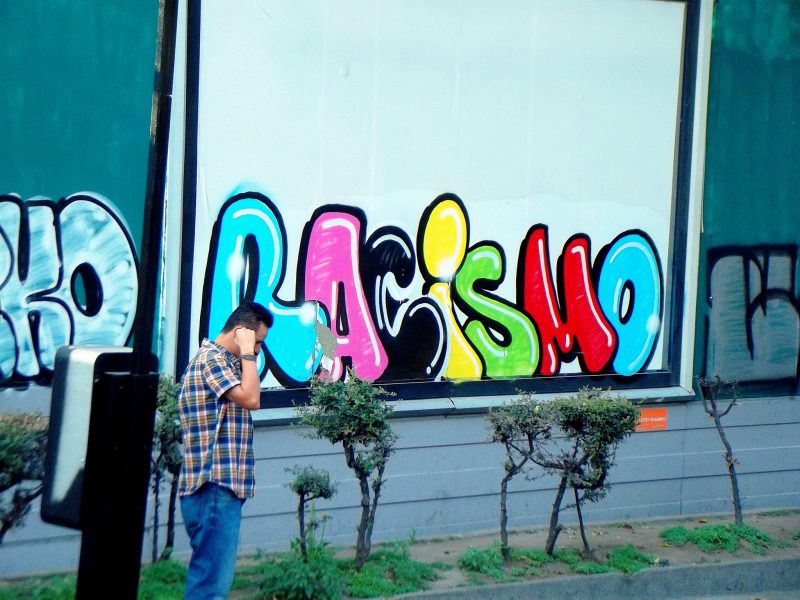 On July 24, 2017 in Los Angeles, California, a Hispanic man assaulted a Mexican street vendor and overturned his food cart. In a video recorded with his cell phone, the victim said that this “racist rascal” had flipped his cart over, to which the perpetrator replied, “I am not a racist, moron, I am an Argentine.” The video, with more than 8.8 million views, generated much debate.

It seems there is this idea that Latinos in the US, as a minority, are incapable of committing acts of racism or discrimination, including in incidents involving two Hispanic people. However, racist attitudes do exist within the Latino community, and one of the targets are African-Americans.

The topic has been examined before, and emerged once again due to recent events in which people of Hispanic origin have committed crimes against African-Americans, such as the case of vigilante George Zimmerman who killed teenager Trayvon Martin in 2012, or police officer Jeronimo Yanez who shot Philando Castile at point blank range during a traffic stop in 2016. Both men were acquitted of charges.

The most recent incident in Charlottesville, Virginia, involves a Hispanic person as well: Michael Ramos, who was identified as one of the alleged assailants of Deandre Harris, a 20-year-old African-American man. Once identified on social media, Ramos posted a video stressing that he is not racist because he is “Latino and Puerto Rican.”

Given these incidents, how do Hispanics approach the issue of racism? For Mai-Elka Prado, co-founder of the Afro-Latino Festival in New York, it is not something specific to the Latino community. “The problem is that it is not exclusive to Latin America, it is global,” she said in an interview with Global Voices.

Prado pointed out that the issue of racial discrimination between Latinos and people of African descent is not something new. “Conversations have been going on for more than 50 years, [so] my festival puts a lot of emphasis on that topic. This topic involves political, spiritual and cultural aspects.”

Prado, of Panamanian origin, recognizes that “discrimination still exists, but for me in Latin America how one is allowed to talk about a person of color is very coarse, using demeaning comparisons and words which are socially accepted and tolerated.”

Some outlets like Latino culture site Remezcla have contributed to building bridges between both communities. It recommends, for example, fostering the conversation about African roots in the Latino community, highlighting the visibility of Afro-Latinos, supporting policy changes that help combat structural racism in justice, and raising awareness of Latino racism towards people of African descent.

Mónica Carrillo, founder of the LUNDU Center for Studies and Promotion of Afro-Peruvians in Peru, talked in an interview with Global Voices about her work in defense of Afro-Peruvian communities and the problem of discrimination. The full interview, in Spanish, is available through the player below:

Carrillo explained her role in eliminating a character from the Peruvian television show that perpetuated stereotypes about Afro-Peruvians. She also addressed the word “black” and its context in the treatment of people of African descent: “We must see how much affection there is in the use of the word ‘black’ and how much racism there is,” said Carillo, “in any space where we are called ‘black’ as a prefix and in opposition to white, to ‘pure’.”

The Latino community has an important question to ask: How to address the issue of racial relations between Hispanics and African-Americans?