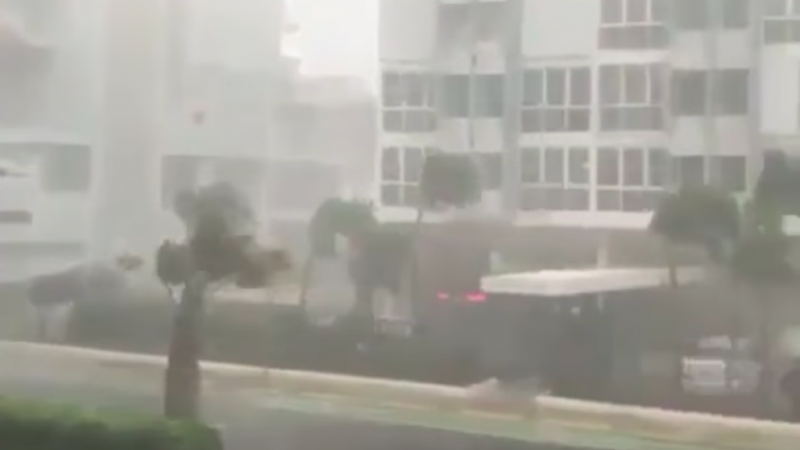 At the time this article was written, Hurricane Irma was hours away from making its pit stop in the archipelago of Puerto Rico. Its first rain showers and gusts of wind were just making themselves known, and people were still hammering wood panels over their windows, making last-minute supermarket runs, using Facebook live and risking their lives to witness the life-threatening sublimity of the rising tides and swells.

While some were enjoying their last chuleta frita y arroz con habichuelas [Fried pork chop with rice and beans], the Electric Power Authority (AEE) was predicting the worst for certain areas and towns in Puerto Rico, the worst case scenarios ranging from power outages lasting from 3 to 4 months. Other areas were still being evacuated from the northeastern coastal living areas, where Hurricane Irma was predicted to hit the hardest. While many of the refuge sites are well equipped, others, like the one in the neighboring island of Culebra — an island municipality of Puerto Rico — are running short on power plants and other essential resources.

A natural disaster aggravated by environmental injustice and debt crisis

Applied Energy Systems (AES), a corporation that generates coal-based energy, has been fined by the Environmental Quality Board (JCA) for not properly covering toxic ashes, AGREMAX (a compound of coal combustion derivatives) and coal waste that they dump and produce near the town of Peñuelas and other neighboring towns and areas. The uncovered ashes, AGREMAX and coal waste are at the mercy of Irma’s hurricane and tropical storm winds and running waters, representing a profound health risk to communities far and wide.

Moreover, Puerto Rico is currently facing one of the most detrimental financial and socio-political crises of its contemporary history, faced with a $74 billion debt and $49 billion in pension obligations. The recipe for this debt disaster has involved draconian budget cuts, austerity measures and neoliberal politics, further worsening a decades-long fall into precarity. The Federal Emergency Management Agency (FEMA) is running out of funds, which leaves one to only hope that Congress and the Senate will reinstate and provide more funding.

“…hoping for a little humanity to come back after all of this.”

Meanwhile, Puerto Ricans try to prepare for what comes ahead. The perspectives are grim, and the sense that they are being left behind, by both the government and the media, further aggravates deep feelings of discontent. As Maureen O'Danu writes, the status of Puerto Rico can also be seen by the importance given to the island's grievances in the international and US media, as she puts it in her article “In the Eye of Hurricane Irma There is (Too Much) Quiet“

Right now, as I’m typing this, the leading edge of Hurricane Irma is hitting the Virgin Islands (US and British) and Puerto Rico. Let me rephrase that: Right now, as I’m typing this, Hurricane Irma is hitting the United States. […] And yes, the devastation for Florida or Georgia or the Carolinas is likely to be devastating. And that will be a huge story. But *so is* the story of the Hurricane passing directly over Puerto Rico, our long neglected US territory, and over the US Virgin Islands, another US territory that depends on tourism for its survival.

O'Danu goes back in history and reflects on the inequalities of other states, and argues that racism is one of the reasons why Puerto Rico's disaster will not make the headlines outside of the island:

[…] because racism, as we wake up tomorrow morning, we will not be subjected to hundreds of pictures of the devastation in Puerto Rico, which *will be worse* than Houston for a myriad of reasons. We will not hear the rescue stories, the stories about pets. We will not have major companies putting donation pages for Puerto Rico on their splash pages of their Internet spaces. We will have ugly shades of the “poor savages, shouldn’t we do something”? We will have hand wringing and expressions of sadness and pity.

Also, in the anxiety of the preparations, Medium author Kristen Fink writes:

I write this with a cup of Café Lareño on one hand. I am counting the hours until the stillness turns to chaos. I can already notice how little by little people are saving their phone battery for the emergency. There are less jokes now, more compact information, and many goodbyes. […] This monster could take everyone back to zero, a fresh start. Those who live on the coast have been told to evacuate, the waves could reach up to 35 feet and winds are over the 150 mph mark; they might get back to a sandy mountain where their home once was. There are many unprotected windows and roofs just because the people who live in them cannot afford the means to make them safe. There are bosses forcing people go to work even under these hazardous conditions. Some people will only be without power for a couple of days while others will be left without a home forever.

I´m hoping for a little humanity to come back after all of this. 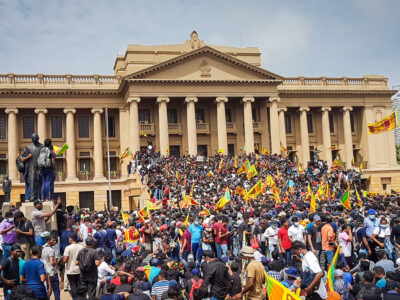