Jamaica’s New Anti-Crime Strategy Gets a Cautious Thumbs up, at Least for Now 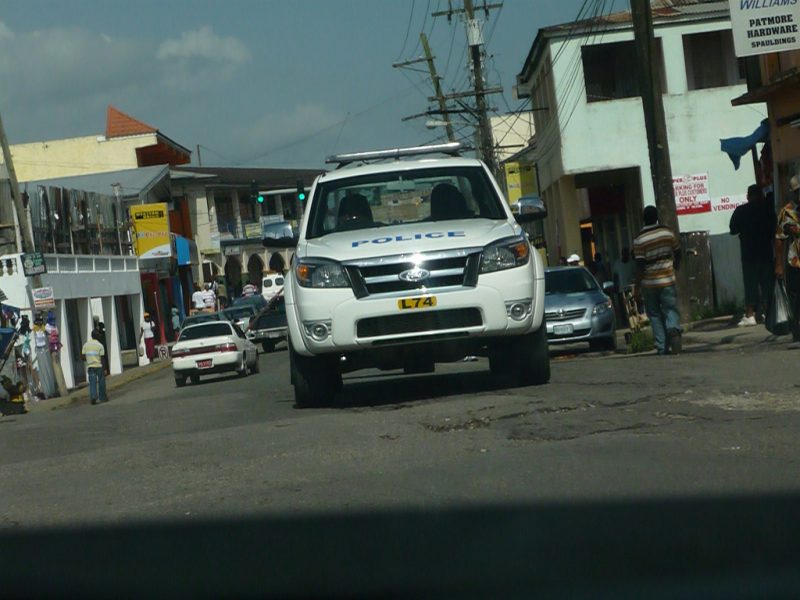 It has been a long, hot summer for the Jamaica Constabulary Force (JCF). The island has been reeling from an intense and sustained increase in crime — primarily murders — which now total over 1,000 for 2017.

The crime wave has understandably created increased anxiety among Jamaicans. August has seen the highest number of murders this year — the most since the 2010 security operations in Tivoli Gardens.

Child murders have increased 46% this year ?

Public concern has grown, not only over the number of young murder victims, but also over the stress and trauma that children in volatile communities endured over the school vacation. As the new school term starts this week, worry is also mounting over the possible impact this may have on their ability to function normally and focus on learning.

One young writer even posted a Facebook video regarding the murder of a fourteen year-old, her own age.

On September 1, 2017, Prime Minister Andrew Holness announced the first “Zone of Special Operations” (ZOSO) to be established in the district of Mt. Salem, near Montego Bay, an area where gang warfare has been steadily increasing over the past three years.

To understand the current situation we need to backtrack a little, to mid-July, when Governor General Sir Patrick Allen signed off on the cumbersomely named legislation, the Law Reform (Zones of Special Operations) (Special Security and Community Development Measures) Act, 2017.

In essence, the Act allows the prime minister, on the advice of the National Security Council, to declare any high-crime area of Jamaica a zone for special security operations and community development measures. Cordons and curfews will not be permanent features of ZOSOs, rather, they will be implemented in the short term. An important provision of the new law is for a Social Intervention Committee to be established in each ZOSO. This committee will assess conditions in the zone, including physical infrastructure, health conditions, housing and other social amenities.

There was a six-week pause after the legislation was passed at the close of the parliamentary session, after an intense 12-hour debate in the Upper House. Parliament then went into recess, while security forces underwent training for the ZOSO. During this period, Opposition Leader Peter Phillips became increasingly vocal about when the first ZOSO would be announced, while there was much media speculation on which troubled community the prime minister would select on the advice of his National Security Council.

In the interim, the Office of the Prime Minister shared information on the Act via a social media posts:

Since the September 1 announcement, the prime minister has kept up a continuous flow of tweets and posts providing updates and information on the ZOSO. He visited Mt. Salem on Sunday with a formidable team, including the area's Member of Parliament (MP), the Attorney General (AG), the Minister of National Security and the Minister of Foreign Affairs. The politicians even interrupted a game of dominoes:

Opinion poll: Where should Andrew Holness establish his first Zone of Special Operation?

(Gordon House refers to the Houses of Parliament.)

A major concern emerged on Twitter, when one media house accused another of leaking the information about Mt. Salem ahead of the Prime Minister's announcement — thus potentially giving criminals warning to leave the community. One listener commented:

RJR news at 630 reported it then corrected themselves to say it's just a curfew in Mount Salem now PM declares Zoso in same place- #leak?

Perhaps inevitably, some political mischief got in the way. A flyer — allegedly from the opposition People's National Party (PNP), offering a free hotline and other “benefits” — turned out to be fake:

This image was not posted by the PNP. It is obvious that mischievous persons are working to taint our image. pic.twitter.com/Q47tnJWnog

Don't be misled, there is only one #ZOSO Customer Service Hotline pic.twitter.com/6fSWFRXiDA

The Opposition has, however, established its own telephone line — quite apart from the official ZOSO number — to assist citizens in the area who may have complaints related to human rights abuses by the police or military:

We have established 361 9676 so that citizens who feel that they have been abused can make a report and will be passed on to our legal team. pic.twitter.com/u95E1MOsz0

While some questions remain regarding aspects of the plan that have not yet been implemented, ZOSO (which immediately established a social media presence) shared details about substantial rewards for the recovery of weapons, ammunition and for information on wanted men at a Sunday press conference by the Prime Minister and security officials, broadcasted live on Facebook:

Tell what you know and get some dough. https://t.co/dOFZvZsFMY

Huge rewards for information leading to the recovery of illegal weapons and ammunition. #ZOSO pic.twitter.com/fJVjR60QhK

Citizens within #ZOSO exchange pleasantries with members of the Joint Force at a check point in Mount Salem. pic.twitter.com/70zzAlHWcv

Will the declaration of a zone simply push criminals into another area? Blogger Dennis Jones observed:

Many security operations in Jamaica have tended to create what I term ‘whackamole’ situations, where crime is ‘tackled’ in one area, only for it to move its centre to another area. How good the security forces will be in avoiding that will need time to assess.

…One hopes that not only will the spate of killings decline rapidly, and stay down, but the finding of perpetrators needs to also increase significantly, if the local population and the nation are to believe that things are really changing in terms of criminal justice. For example, it’s all well and good to cite the number of murders in Mount Salem in recent years, but how many were ‘solved’ and where are the culprits?

Our security forces, with full respect for human rights, must move to take control of the town centres and commercial hubs and transport centres by sheer presence. September morning, as the children head back to school, would be a great time. The forces must control with presence the known urban crime hotspots. They must police the softer quality of life laws as well, which will not only improve quality of life but send a massive national signal of seriousness of intent in restoring law and public order. We will need roaming rapid response backup units.

ZOSOs, on their own, especially if too few, are very likely to produce the balloon effect of pushing crime into other areas. Let's do it right this time and tackle this national public emergency on a broad enough front, in a sustained enough manner, and with enough resources provided for real success.

Human rights activist Rodje Malcolm was concerned about the issue of freedom of movement:

Stories from the zone: man can't go to job interview because he can't leave his house. Girl lives in St. Mary can't go home to family.

Nevertheless, the Jamaica Constabulary Force sought to reassure the public that ZOSO would be very different from the Tivoli operations.

There were some minor complaints from residents, mostly relayed via the media. Some were concerned about not having any ID to show the security forces (a new national ID system is to be introduced in the next year). One septuagenarian complained that he was prevented from taking his morning exercise:

Mount Salem resident telling PM that soldier prevented him from doing his walking exercise recommended by his Doctor but Police allowed him pic.twitter.com/JQDslCrWsz

1/3 The GOJ has gone further than any has ever gone to guard against human rights abuses as it implements its anti-crime #ZOSO initiative.

(The GOJ is an acronym for the Government of Jamaica.)

Whatever their views or their political persuasion, however, one thing is clear: Jamaicans want to be rid of the spectre of crime, which has impacted many lives. One regular tweeter and media personality emphasised:

I understand the point @rodneytwit is making! Simply all Jamaica wants @ZOSOJamaica to work for a better country..including a “clean” force!

Hopes aside, the latest anti-crime program remains a work in progress.