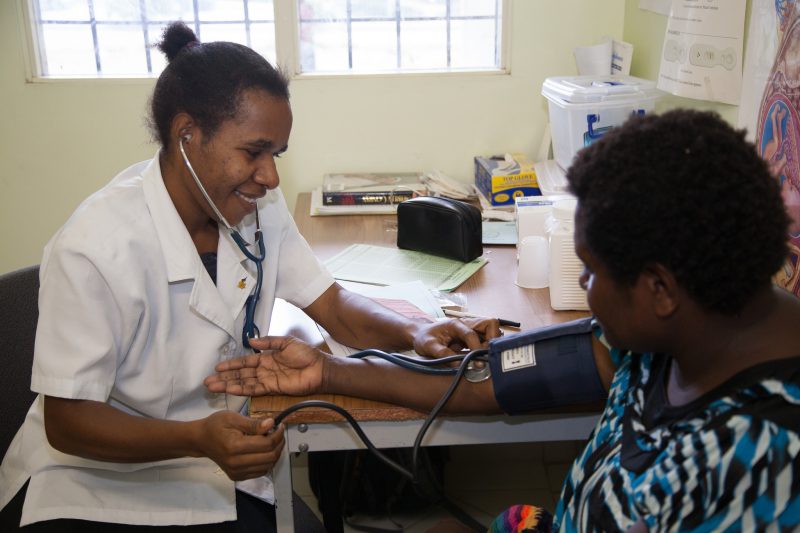 Papua New Guinea’s Minister of Health has issued a circular ordering the staff and officials of public hospitals to stop speaking to the media about matters pertaining to the country’s health system.

Various groups denounced the circular as a “gag order” on public servants who had been speaking out about the shortage of medical supplies in hospitals. But the minister clarified that it was only meant to protect public safety and that health personnel continue to have the right to freely express their views.

On August 15, Minister for Health and HIV/AIDS Sir Puka Temu signed circular number 66/2017, which instructed health personnel to refrain from issuing unofficial statements to the media:

It has been noted recently that certain information on Health matters have been released in the media by certain health institution personnel that has distorted and created fear and confusion in the community and has been reported out of proportion without careful thought and sufficient evidence.

I now instruct and direct that no individual health worker or chief executive officer or management and boards at all levels shall provide any information of health matters and/or issues, to any means of media.

The circular, which was uploaded on social media and quickly went viral, mentioned that only the Office of the Minister can release information about the health system.

This directive stifles public discourse, violates values enshrined in our National Constitution, and creates an environment of fear when frank discussion is most needed.

Health professionals and other civil servants need protection when they raise issues of national concern.

Sam Yockopua, the secretary of Papua New Guinea's Doctor's Association, defended the right of doctors and health workers to speak out on issues that need to be discussed in public:

The shortage of drugs in public hospitals is reportedly being caused by a lack of funds and administrative inefficiency.

Responding to criticism, Sir Puka clarified that his office merely wants “to be consistent with its messaging to avoid fear and confusion in the community, especially on sensitive issues like the shortage of medical supplies”:

In every organisation, public or private, the head of the organisation is normally the official spokesperson.

The minister also emphasized that he has an “open door policy”, which means that health personnel can speak about practices and that there’s a mechanism to gather feedback from hospital workers and officials.

The minister added that the new government plans to develop a two-year procurement program to address the shortage of drugs in public hospitals.