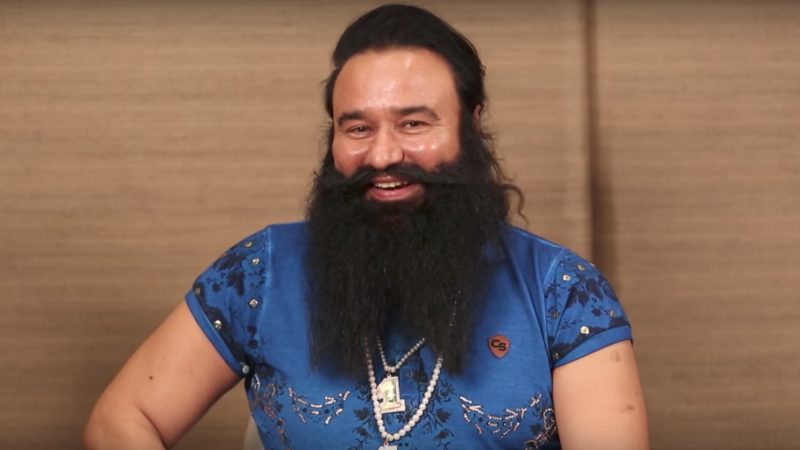 In India, a vast number of ‘gurus’ (teachers) and ‘babas’ (ascetics) preach spiritual, religious and philosophical teachings. Some self-proclaimed ‘godmen’ gain massive popularity when they seduce followers and grow their fan base through a deep psycho-social relationship offering comfort, power, and community.

On Friday, August 25, Gurmeet Ram Rahim, the controversial leader of the hugely popular Dera Sacha Sauda sect, was found guilty of rape by a special Criminal Bureau of Investigation (CBI) court in two cases. These cases have been in court since 2008 when the CBI initiated a probe into the Dera Sacha Sauda chief. During the investigation, two women came forward and accused Gurmeet Ram Rahim of rape, and their cases continued in the special CBI court for nearly ten years.

Dera Sacha Sauda is one of the largest religious cults in India, with a follower base of approximately 3 million Indians. Most prominent in the states of Haryana and Punjab of India, the religious cult declares itself a social welfare and spiritual organization currently headed by Gurmeet Ram Rahim who calls himself a ‘Spiritual Saint.’ Rahim, who comes from a village in the state of Rajasthan, is known for his flashy attire and also for his starring roles in two films called ‘Messenger of God.’

As the Dera Sacha Sauda chief made his way to court to hear the verdict in Panchkula with a convoy of 700 cars, thousands of his followers gathered on the streets of Haryana and Punjab in support of their ‘godman.’ State officials canceled several buses and trains, brought in extra police forces, and closed many offices early in anticipation of an ugly turn of events. Hours before the verdict was announced, an air of hostility and tension gripped these two northern states. Things did take an ugly turn after the court released the verdict. Supporters held violent protests leading to clashes with police with such intensity that officials enforced a curfew in the Panchkula area. More than 30 people were killed and many more were wounded.

Many people, including celebrities, took to social media to condemn these violent acts and supported the court's verdict.

I live in a country where Babas and Maulvis have more impact on people than Education.#Deraviolence

Our fault Babas exist as we turn towards them like silly sunflowers looking for the sun,forgetting that a halo is just a trick of the light!

On Monday, August 28, the courts announced a sentence comprised of 20 years in succession, 10 years for each offense, and a fine of around 14 lakh Indian rupees (approximately 21,900 US dollars). More unrest followed after the sentence was declared.

Amit Dholakia accused the media of omitting an essential detail in the conviction:

Others, like Yogendra Yadav, expressed muted rejoice over the verdict:

Done. Finally, 18 yrs after rape, 10 yrs of trial.
Now ensure that he serves his sentence as a prisoner, not as VIP in hospital & on parole. https://t.co/BM8dqqjvLY

Political parties Bharatiya Janata Party (BJP) and the opposition Indian National Congress (INP) have both tried to influence this case in their favour. The INP has accused BJP of harbouring close political ties with Gurmeet Ram Rahim while the BJP claims the verdict was too harsh but has remained relatively silent.

The Chief Minister of Haryana was questioned for negligence in failing to provide more security and the Chief Minister of Punjab announced that no compensation would be provided for followers injured during the violent protests across the state. Prime Minister of India Narendra Modi condemned the violence during his weekly radio talk show. Uttarakhand, the state lying east to Haryana, witnessed violent riots, forcing officials to impose Section 144, Criminal Procedure Code (CrPC) of 1973, to prohibit assembly of five or more people in an area.

Meanwhile, chief Gurmeet Ram Rahim faces three other pending criminal allegations against him, including murder charges and the alleged castration of 400 Dera followers at the sect's headquarters.

Shocked by Rahim's conviction, Dera Sacha Sauda followers remain on the streets, wondering who they can believe in now.