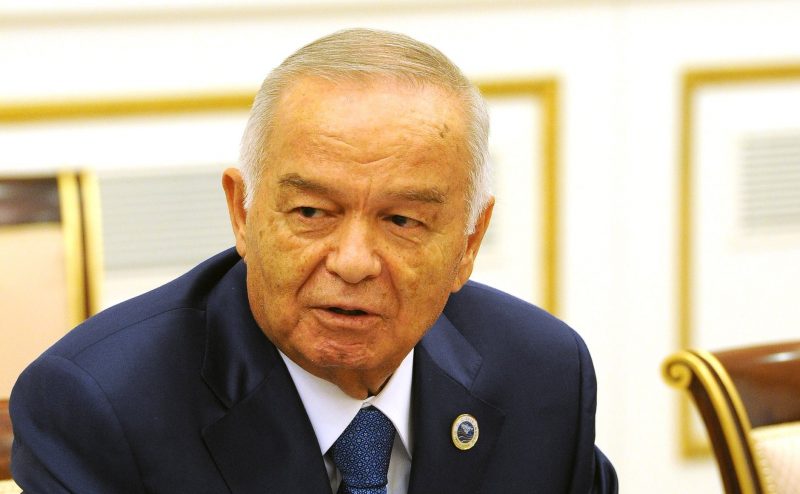 By the time he suffered a reported stroke from which he would not recover, his eldest daughter was under house arrest and his unloved nephew was languishing in a psychiatric prison. In Islam Karimov's Uzbekistan, families regularly told the pro-government polling company how happy they were, even as authoritarianism flourished and corruption deepened.

His own family, however, could never quite keep up the pretence.

Since President Karimov's burial in September last year, life has got better for his estranged nephew Jamshid, who has been released from over a decade of psychiatric confinement, and worse for his daughter Gulnara, who has been placed behind bars.

Jamshid, an independent journalist by profession, recently gave an interview to the Central Asia-focussed outlet Centre1.com, in which he said something publicly unsayable during Karimov's time: namely, that Islam Karimov was probably not a Karimov at all:

An unhappy beginning and end

Relatively little is known about Islam Karimov's childhood, but it almost certainly involved a state orphanage at some point. In his interview, Jamshid added weight to long-standing doubts about Karimov's paternal heritage, and acknowledged widespread but lightly-whispered rumours that Karimov might even be Jewish or Tajik on his father's side. “All we know is he wasn't one of ours,” he told Centre1. 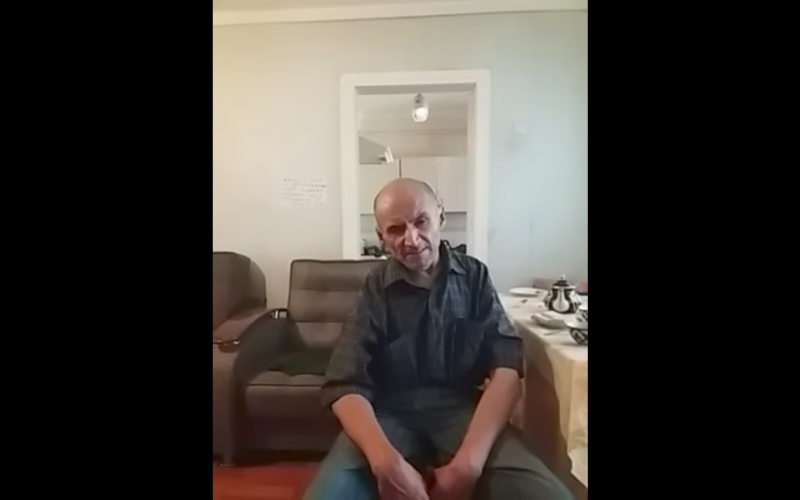 What is clear is that Jamshid's father Aslan did not see eye-to-eye with Islam.

“They didn't love each other,” said Jamshid, who was committed to a psychiatric facility despite no known mental problems in 2006, after writing a series of articles criticizing the government.

Centre1 notes in its report that Aslan Karimov, a regional communist official, died in a “suspicious car crash” in 1989, the same year Islam Karimov became Uzbekistan's most powerful man. The brothers had apparently only spoken once in 12 years.

That Jamshid was able to give an interview on this topic at all says much of the changes underway in Uzbekistan.

New President Shavkat Mirziyoyev has honoured Islam Karimov, who he served as prime minister for 13 years before coming to power after his death, as “like a father”.

Nonetheless, Mirziyoyev and his allies have done much to undermine Karimov's legacy in the last year; releasing key political prisoners, inviting back international organisations previously banned from the country and addressing some of the many woes of the Karimov era via a series of reports on the country's new-look state television channel.

Democracy watchdog Freedom House cautioned in its August 28 report on Uzbekistan that these changes might have less to do with a genuine opening up, and more to do with Mirziyoyev's immediate need to consolidate power and bolster legitimacy:

Media have started to openly criticize regional governors and other state institutions only after receiving a “blessing” from Mirziyoyev himself in the form of a speech or remark criticizing the said official or institution.

Uzbekistan's announcement on July 28 that Islam Karimov's ambitious entrepreneur-turned-popstar daughter Gulnara Karimova had been placed in jail for fraud and organised crime might be just one more re-affirmation of the reshuffled elite's power.

Many in Uzbekistan had assumed that the conditions of Karimova's house arrest — announced in 2014 and seemingly sanctioned by her father — were quite comfortable.

The glamorous 45-year-old once viewed as a successor to her father was being kept in a gilded cage, analysts argued, in order to prevent her from launching a leadership bid as Karimov ailed. Confirmation of her house arrest had been provided by authorities months after she caught the world's attention by sniping at her mother, Tatiana, and sister, Lola, on Twitter.

Now, as the Uzbek state looks to requisition her foreign-based properties, the question of whether she will ever see daylight again seems suddenly relevant. Gulnara's London-based son, Islam, who was named after his grandfather, has given several interviews to the BBC calling for her release and criticizing the country's security services. One of the interviews features rare family photos that hint at happier times chez Karimov, as well as the revelation that Islam junior's dictator grandfather had taught him how to fish and ride a bike.

The 23-year-old says he believes would be arrested immediately if he returned to Uzbekistan.

Lola and Tatiana Karimova, for the moment, appear much safer. But analysts familiar with the country suggest that the same cannot be said for the vast network of businesses and wealth they accumulated over nearly three decades in power.

Daniil Kislov, who edits Ferghana.ru — the Moscow-based outlet that was first to report Karimov's death — wrote on his Facebook page:

According to confidential sources of Ferghana.ru who are close to Uzbekistan's government structures, the relatives of the late president of the country are gradually shedding their former influence and public positions. That is to say they are being forced to shed them. Thus, Tatiana, the wife of Islam Karimov, is in “honorable exile” in Kuvasai, her hometown in the Ferghana Valley. Their youngest daughter Lola and her husband, Timur Tillyaev, who live abroad, might very well lose their significant businesses in the republic sometime soon.

Another tyrant, China's Chairman Mao Zedong, ruled for exactly the same length of time as Karimov, and died almost exactly four decades before him. After Mao's passing, the Chinese Communist Party endorsed his rule, but registered significant reservations in an official document, supposedly giving his time in power a modest seven marks out of ten.

A similar process seems to be underway in Uzbekistan, where a regime is trying to distance itself from Karimov's most brutal excesses without throwing into question the need for the regime itself. What this means for the relatives Karimov left behind, only time will tell.