Passengers are frustrated, but even Uber drivers feel unsafe. 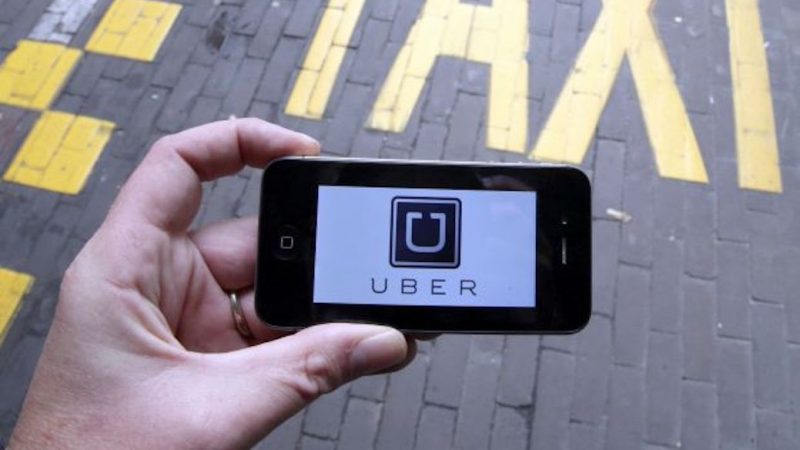 Image shared on Flickr by the user Automobile Italia, used in this piece under the terms of the Creative Commons 2.0 license.

In May 2015,  citizens of Mexico City declared #UberSeQueda (Uber Stays Here) in response to both a legal and street-level dispute between traditional cab drivers and drivers of private automobiles operating via apps like Uber and Cabify. However, the user perspective seems to have changed completely.

At the time, Global Voices (GV) reported that Mexico City residents expressed their support for the apps in dispute, especially Uber, on social networks and citizen media. Their support arose due to the poor service offered by traditional taxis, which on occasion includes crimes (some of a sexual nature), as well as unsafe vehicles in old or poor condition. 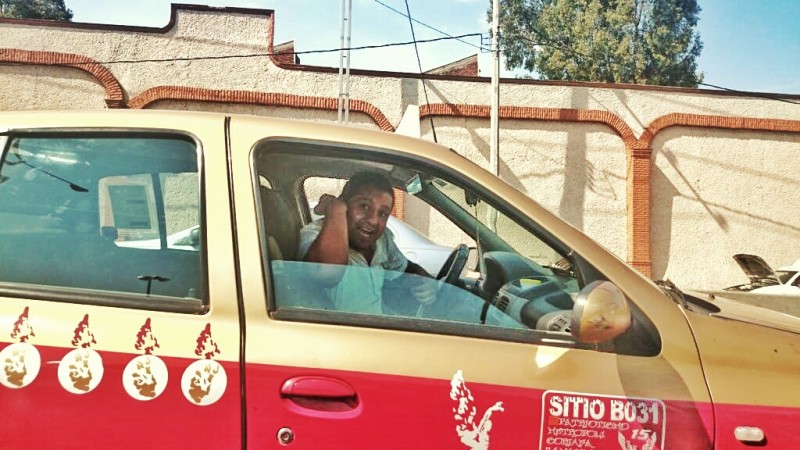 Taxi driver in Mexico City. Photo from the author.

By the summer of 2017, circumstances changed. Every accusation of traditional taxi drivers now applies to Uber drivers as well, leaving a wake of unsatisfied and angry users who find themselves defenseless without assistance from any public institution that can help them exercise their rights.

Cases of Uber drivers watching pornographic material while they offered services and robberies occurring inside vehicles hired through apps have been reported in the media as well as before authorities. However, to date, Uber and other private taxi companies have shown no signs of restoring satisfactory services and the peace of mind that comes with it.

An exposé in the national newspaper El Universal revealed several stories of people who have suffered assault or received bad services with Uber.

Uber view from the driver's seat

To learn more, GV reporters interviewed the owner of an Uber car in Mexico City (or an “associate” of the company) who responded to questions on the condition of anonymity.

Global Voices (GV): Are you aware that Uber users have complained a lot recently about the bad quality of service? If so, how did you find out?

Uber Associate (UA): Yes, I know. Whether through comments that I read in Facebook or Twitter, or through weekly reports that the company (Uber) sends to associates (car owners) about the performance of each car. They share with us the people's comments that recently have to do with the driver not exiting to open the door, nor initiating or concluding the trip, nor offering a bottle of water to the passenger, or having inappropriate dress or a bad presentation while driving, or not turning on the air conditioning, among others.

GV: From your perspective as an associate, why has the quality of service offered become drastically worse?

UA: Uber grew in Mexico City exponentially and uncontrolled. The supply as well as the demand increased. Most people know this, but what they don't realize is that the rates for drivers lowered and now they earn considerable less money per trip.

Another reality is that many taxi drivers signed up as drivers, so they fall into the bad practices they had previously. Nor is it unusual that they remove parts from the vehicle or they repair it with bad quality parts.

There is another issue as well that has to do with the insurance policy that Uber requires you to have. The insurers have raised the rates of their products considerably and it's not unusual that Uber turns its back on associates when there is an accident. Each one of these small things influences the service that our passengers receive.

GV: Is there anything you want to add so people know the reasons behind the perceived terrible service on your behalf?

UA: Yes. Other members have told us about fake users that requested to be picked up in federal zones (where our operation is not permitted) and when the driver exits to open the door, they are brutally beaten by taxi drivers or by people hired by them. That is, drivers also feel unsafe and nobody protects them from these attacks.

Reporting the users of these accounts has been attempted, but the attacks continue occurring and the police do nothing to prevent them. In fact, several of the taxi groups (authorized or piratical) are supported by the local government and these acts remain unpunished.

Uber view from the backseat

Their responses in brief were:
Making a charge of $60 more than the original cost of the trip and reimbursing me 30. That is called robbery. #UberCDMX https://t.co/6g0VNHT9VQ
— Jardiel (@Jardiel) August 7, 2017

I don't understand why I always get the most useless #uber drivers. #ubercdmx
— Pauline Atiyeh (@paulinexa9) April 21, 2017

#UberCDMX your browser is atrocious, a disgustingly made app and if that were not enough, you block Waze. Return your spawn to the laboratory
— Ignacio Aguirrezabal (@Ignacio42110431) May 26, 2017

Facing insecurities and ineffective systems, Uber passengers ride at the mercy of the individual driver's performance, leaving some consumers to ponder a return to conventional public transit.