Could Trinidad and Tobago’s Media Shake Up Usher in a Return to ‘Total Local’ Programming? 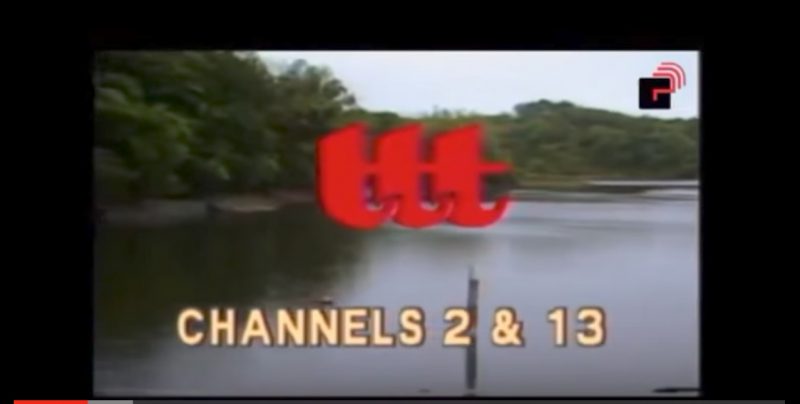 Screenshot of an old Trinidad and Tobago Television (TTT) station ID, taken from a YouTube video by Media Arts.

Trinidad and Tobago's television and film industry practitioners wonder whether they are on the verge of a return to the glory days of original local programming.

On August 24, 2017, the sector was shaken up by an announcement from Maxie Cuffie, Minister of Public Administration and Communication, that Caribbean New Media Group (CNMG) — the state television station that replaced Trinidad and Tobago Television (TTT) in 2005 — would close, along with Government Information Services Limited (GISL), the government’s primary media company.

With the combined assets of CNMG and GISL, TTT has morphed into a media ‘Lazarus’ resurrection story, complete with a mandate to ensure “a bias toward local programming”. Cuffie said the anticipated move emerged thanks to a recommendation from the 2015 consultation on state media. He added that even after 12 years since its closure, TTT still commanded a level of nostalgia and brand recognition that CNMG was never able to achieve. Still, journalist Laura Dowrich-Phillips stressed she was “more interested in the content than the name.”

While the new local content approach is making Trinidad and Tobago filmmakers and media producers dizzy with possibilities, state media employees share concerns over job security, especially in a slow economy. The lion's share of Trinidad and Tobago's gross domestic product (GDP) lies in the energy sector, and worldwide oil and natural gas prices have remained low for some time. The closure will also affect staff at two radio stations (99.1 Next FM and 91.1 Talk City).

Mixed reactions poured in from both netizens and industry stakeholders. Facebook user Nicole Huggins-Boucaud saw the value in the promise of restarting local programming: 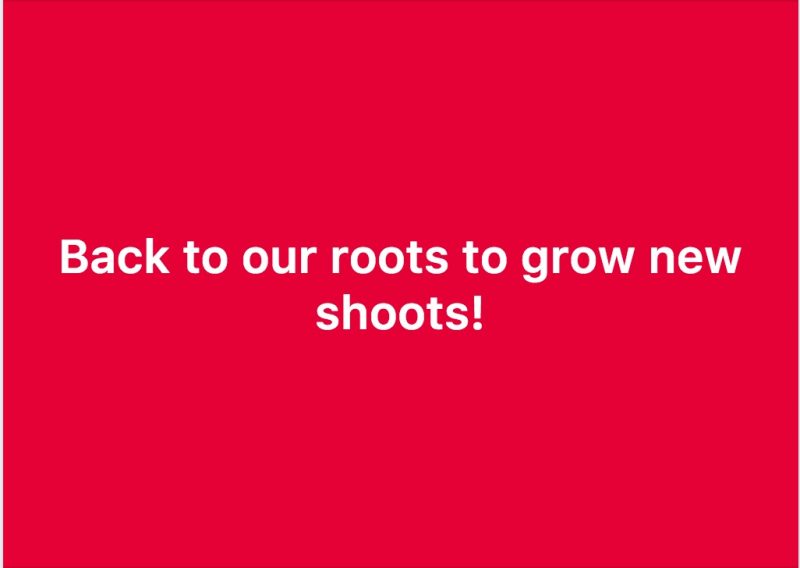 Facebook user Nicole Huggins-Boucaud's status update: “Back to our roots to grow our shoots!” 2017

Others were more cautious. On Twitter, Rhoda Bharath tweeted the concerns of state media staff:

3/3: Staff will have to reapply for jobs at new entity. No word if the same CEO and Board will remain.#WheresWendell#Newsauce

In light of the station's hefty budget allocations, Bharath has been critical of CNMG's current Chief Executive Officer (CEO) Wendell Constantine's ability to keep the station relevant and competitive. Suggesting that staff morale was low, she added:

The Board, the CEO and Head of News has gots to GEAUX if the new TTT is to succeed.#WheresWendell #Newsauce pic.twitter.com/fWTBpfy0mp

Soyini Grey, a former CNMG employee who now works for a foreign television station, spoke with Global Voices to confirm the change was “a lot to process” and came as a surprise, especially since the government had the state media consultation report in hand since 2015. This state of limbo was one of the reasons Grey decided to leave.

Still, she acknowledges the country does need a local content station. In one Facebook status update, she wrote:

CNMG was supposed to be a totally local station, FYI.
We need to really honest and clear as to why they deviated from that mandate.
But it is absolutely essential that we have local content on our television

Grey, who has a background as a sociologist, explained: “Media is a socialisation tool and when you look at television in Trinidad and Tobago, it's very American — so we grew up in this country and we don't know who we are or what we believe in.”

Grey also makes a clear distinction between state television and a government-run station. “I'm hoping this government understands that they need to have some sort of system in place to protect the company from government interference — especially if they come out of power,” she explains. Commending the move as a step in the right direction, she cautioned: “We need to see if they're thinking seriously about supporting local content and putting things in place to protect the company in terms of finances, etc.”

Minister Cuffie held a press conference (shared via Facebook Live) on August 25, where he took heated questions from the media.

On the issue of financing, Cuffie said the new TTT will be partly funded by the state and partly funded by “donors, contributors and commercial operations”. Given the tough economic climate, the new entity will not request higher state subventions.

The transition commences when the Ministry of Finance appoints a board to take over CNMG operations; a separate board will be appointed to TTT to begin the process of securing required staff. The minister did not commit to a timeframe and noted that the rehire pool will include former CNMG and GISL employees, as well as talent from other media houses.

Cuffie emphasised: “Once we increase local programming, we are going to allow for creativity to blossom among local content producers.”

The minister referenced a proposal by Filmmakers Collaborative of Trinidad and Tobago (FILMCO), which made the case that investment in local programming would cost far less than CNMG's current model; he plans to pass this proposal on to the new TTT board. Cuffie also insisted the change should be regarded as new employment opportunities for local content producers, as opposed to job loss.

There is a lot of chatter about the rebranding of CNMG to TTT and from the posts I've seen, very many are in favor of the decision. This has been a long battle for local content producers and I'm holding my breath that it's done right. What most don't realize is that it's not just a name change. The main announcement is the shift to public television which at its very principle places the national interest at the heart of its broadcast policy. With a mandate to facilitate the development of local content, it is but a matter of time before local dramas, comedies, serials and other types of programming begin to roll out. This will greatly impact both the quantity and quality of local productions as market forces will soon dictate what stays on the air and what gets cancelled. It would represent employment opportunities for everyone connected to the industry as money is spent on our economy and our people telling our stories. My heart does go out to the affected staff during this transition but I truly believe it is the best decision for the country, especially given all of our current challenges.

Kejan Haynes, a journalist from CCN TV6, challenged whether the change could have happened “without firing a whole company and asking them to reapply.” Cuffie countered that CNMG's staff was hired under a different mandate and the new TTT, a public service broadcaster, will require a different organisational culture.

Asked if the station would exist to turn a profit, the answer was “no”.

Reaffirming TTT's commitment to operating as an independent newsroom free from political influence, Minister Cuffie assured the media that the company's new board would give fair consideration to any staff who reapply, but dismissed questions about replacing the current CEO as “an inferential leap.”

On a lighter note, and in anticipation of TTT's re-emergence, Soyini Grey playfully tagged Natural Ink Clothing, a fashion line that has been screen printing t-shirts with the beloved TTT logo, advising the designers to “start printing more jerseys!”