Two Brothers, a Dream and a Tragic Trailer Death in Texas, U.S. 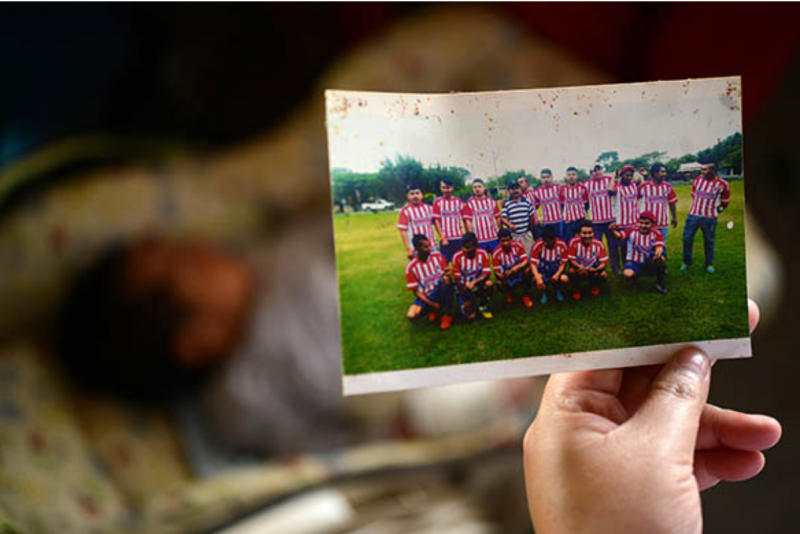 Los Pericos Team, to which Mariano belonged. Photo used with permission from Connectas.

This text was written by Flavia Morales for AVC Noticias, republished by CONNECTAS and Global Voices thanks to a content sharing agreement.

On July 23, 2017, ten immigrants died and 29 were rescued from a trailer that had transported them across the United States (U.S.)-Mexico border in inhumane conditions. The trailer was found parked at a Walmart in San Antonio, Texas. This is the story of two brothers who traveled in that vehicle.

Mariano and Humberto López Cano made 120 pesos per six-hour workday (about $6.80 USD) planting in the fields of their community, José María Morelos, about 40 minutes from Papantla, north of Veracruz. Even though the state-owned Petróleos Mexicanos constructed schools and roads and the area is overrun by oil wells, planting maize and beans on owned or rented land is the only work available.

When the opportunity arose to go to the U.S., Humberto did not hesitate. For the first time, he could leave his community to find a better life. A few days before his departure to the U.S., a vacancy opened up and Humberto invited his older brother, Mariano López, to join him.

The brothers left on Sunday, July 16 and just seven days later, tragedy triggered their community into mourning. The news exploded: ten migrants had died from asphyxiation after being abandoned inside a trailer in San Antonio, Texas; another 29 survived. The López Cano family was in disbelief when they learned the two brothers had been found in the trailer. 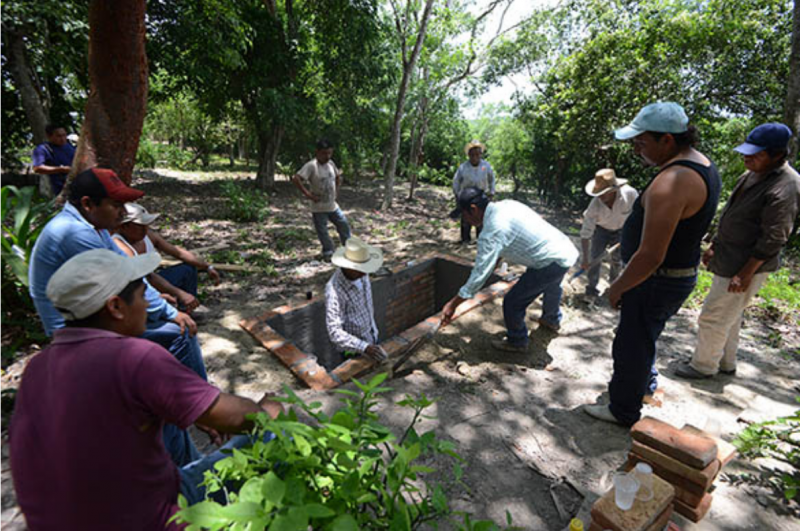 The grave where Mariano was buried. Photo used with permission of Connectas.

Mariano López, the father of the two brothers, said their intention to go to another country was to have a better life: “They wanted to succeed, start a business.”

They wanted to leave overnight, they didn’t even wait two days, they made plans, they went with the illusion they could do something, they were not delinquents, and, well, you never know where destiny will take us. I never thought this would happen.

The brothers used to share fantasies about how much they would make in one month or in one year. Mariano dreamed of buying a car. His father noted:

They asked me for a loan, they told me to get them money, they were sure it was going to be fine and they would get paid quickly, the plan was to earn U.S. dollars, in two or three years have a better life, a better future for their children.

“I asked him not to leave”

The day after Mariano López Cano left for the U.S., his wife Beatriz gave birth to their third child who Mariano will never meet.

Mariano decided to accompany his brother and said goodbye to his wife, children and the rest of their family just two days before departure.

“Nothing is going to happen to me, everything will be fine,” were the last words he told his wife, who was also surprised by his decision.

Beatriz López Paredes met Mariano at their local elementary school, they started dating in high school, got married in May of 2012 and had three children. The third was a surprise for the young married couple.

I asked him not to leave, but he said it was already decided, he said that he was doing it for his children so they would never lack anything.

In an interview with 24-year-old Beatriz, she stands in her kitchen with her children ages one and three and straightens a yellow shirt onto one of them:

Saturday night he said ‘I'm leaving tomorrow.’ He said goodbye to us on Sunday. there was nothing else I could do.

Some young people from the village emigrate to the U.S. but most leave in search of work in Guadalajara or Mexico City. The Cano brothers, however, had never left their community, says Beatriz.

Laid to rest by the football team

After several days of waiting, Mariano's body arrived home on August 4 to his community from San Antonio, Texas.

His friends wore his “Los Pericos” team uniform and took him to the stadium so he could say goodbye to his passion: football.

Both brothers played football since childhood. Mariano was defensive midfield, number 10 and according to his teammates, he was one of the best players on the team. Humberto was number 9, center forward, and seeing the Cano brothers after football matches on the football field was a common sight.

The tragic death of Mariano López Cano follows other devastating losses faced by the community. Two years ago a young man from the community died crossing the Rio Bravo in search of the “American dream.”

Another man in the community reports that he migrated to the U.S. 17 years ago and incurred a debt for approximately $1,400 USD to cross the border. He traveled through the desert across the Rio Bravo and walked for three days to get to Houston, where he stayed for four years until he was deported.

He said protection levels depend on how much the coyote gets paid. Usually, relatives or acquaintances source the person responsible for transferring undocumented immigrants across the border and negotiate a fee.

It was Humberto who wanted to leave and encouraged his brother to go with him when the vacancy opened. Others say Mariano had made the decision a long time ago.

To concerned family and friends, the contacts and resources the brothers used to travel remain a mystery.