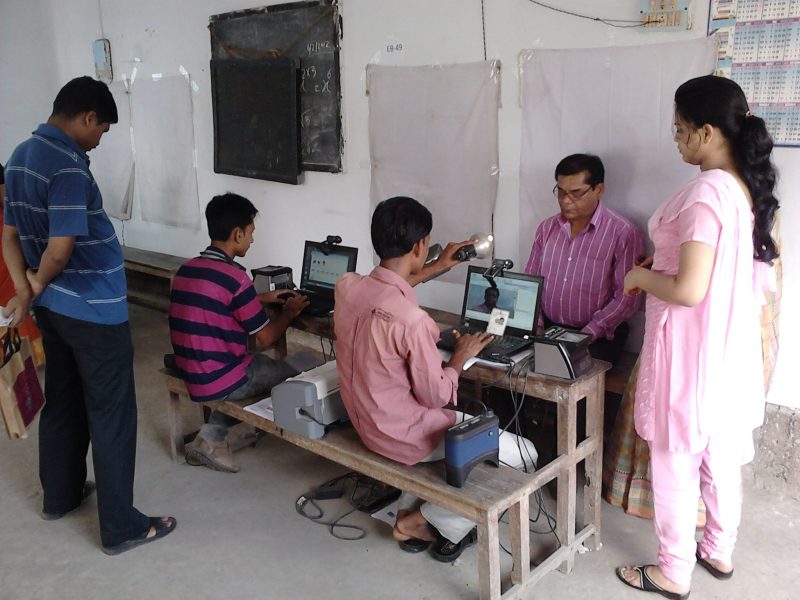 The right to privacy — on the internet and everywhere else — has become “intrinsic to [the] right to life,” in the words of India's supreme court.

After years of debate, a panel of nine judges gave this historic verdict on the morning of August 24. The court unanimously ruled that privacy is a fundamental right and will thus become part of the Article 21 and Part 3 of India's constitution, which details the Right to Life and Personal Liberty.

Legal experts and digital rights advocates have been sharing excerpts from the 547-page ruling and hailing the decision on Twitter:

The nine judge bench of the Supreme Court has unanimusly held that privacy is a fundamental right under the Indian Constitution.

This is a 9-0 unanimous ruling #RightToPrivacy India.

Administrated by the Unique Identification Authority of India (UIDAI), a statutory authority, the Aadhaar system requires citizens to disclose significant amounts of personal and biometric data to the government.

Prior to the ruling, UIDAI declared that privacy is not a fundamental right and assured the public that data in the Aadhaar system was being sufficiently safeguarded.

Yet technical problems in the system have brought serious consequences for the public. System malfunctions have led to massive leaks of citizens’ data (affecting an estimated 130 million people), and have left low-income people unable to receive state food subsidies.

Activists, lawyers, petitioners and many individuals are celebrating the supreme court's verdict on social media with the hashtag #RightToPrivacy, and many also foresee that Aadhaar will soon be in jeopardy. The ruling even compared the Aadhaar system to government wiretapping of private citizens’ telephones.

But the battle may be won, but this is *not* a judgement on #Aadhaar. But earlier judgments state that the CB judgment will have a bearing

Apar Gupta, a lawyer and human rights advocate based in New Delhi, cautioned that the future of Aadhaar was still subject to authorities’ interpretation of the ruling and subsequent court decisions:

Privacy case irrespective of result will need to be applied to Aadhaar. Will be by subsequent benches. We will succeed by persistence. 2/2

A definite cause for celebration, but we cannot proclaim victory. The true test will be an application which will draw out legal nuance.

The current government, run by right-wing Bharatiya Janata Party, was not pleased with the verdict as it will directly impact the way private data is collected and shared in India. The ruling party has promoted Aadhaar as a core project of the Digital India campaign.

Also note to gushy cheerleaders Modi govt had actually told the court that citizens did not have right to privacy. #RightToPrivacy

There have arguably been multiple attempts to silence those who went public pointing out the issues with Aadhaar. Some of the most well-researched critiques of the system have come from the Centre for Internet and Society (CIS), an inter-disciplinary research organisation in Bangalore that has become a target of the pro-Aadhaar lobby. Shortly after CIS released a report that pointed to security flaws in the Aadhaar ecosystem, the UIDAI accused the organization of hacking into the Aadhaar system themselves.

The UIDAI has gone after other critics as well, including the creator of a video blog post that showed about the vulnerability of Aadhaar data. In response, the UIDAI accused the creator of violating Section 37 of the Aadhaar Act.

The Article 12 of 1948 United Nations Declaration of Human Rights recognizes privacy as a fundamental human right. As of today, India joins 151 countries across the world (with notable exceptions of the United States and Ireland) that recognize the right to privacy in their respective constitutions.