Music Group Bokanté Serves Up Songs in the Key of Creole

This story by Sonia Narang originally appeared on PRI.org on July 24, 2017. It is republished here as part of a partnership between PRI and Global Voices.

The Vancouver Jazz Festival recently drew musicians from around the world to Canada’s West Coast. One band brought a distinctive sound flavored with Caribbean rhythms, West African music, and Mississippi Delta blues to the stage. They call themselves Bokanté, which means “exchange” in the Creole language of the Caribbean.

The musical group’s lead singer and songwriter Malika Tirolien grew up on the French-Caribbean island of Guadeloupe. She now lives in Montreal, and sings mostly in her mother tongue of Creole, which is a hybrid of French and her island’s local language.

“For me, the Creole is very, very important, and I’m very proud of it,” Tirolien says. “That’s why I put a lot of it into my music. And Creole is such a beautiful language,” she adds.

“I’m bringing that Caribbean flavor, and also I’m bringing a little bit the rhythm of gwo ka, which is a rhythm from Guadeloupe,” she says, and explains how the band’s recent album “Strange Circles” was a collaborative effort.

“In all the songs, the exchange is taking place. Every time somebody’s playing, they’re bringing who they are into the music,” she says.

One song off the new album is “An Ni Chans,” a title in Creole that means “I’m Lucky.” Tirolien says it’s a classic example of how the band fused an array of influences on a single track.

“I wanted to have a rhythm that is from Guadeloupe,” she says. “But the fact that everybody comes from different places, that changed the rhythm a little bit. Everybody is putting in a line, everybody has something to say musically. So, it’s like a multicultural discussion and exchange.”

Tirolien says this song is “about being very lucky to be surrounded by community and a family that loves us and gives us strength.” She herself comes from a supportive, artistic family — her grandfather was a poet, her grandmother a pianist, and her father plays multiple instruments.

During her youth on Guadeloupe island, Tirolien found herself drawn to soul, R&B, hip-hop, jazz, and, one of her favorites, Michael Jackson. She later moved to Canada to study jazz at the Université de Montréal, and began fusing urban hip-hop with jazz and Caribbean beats. 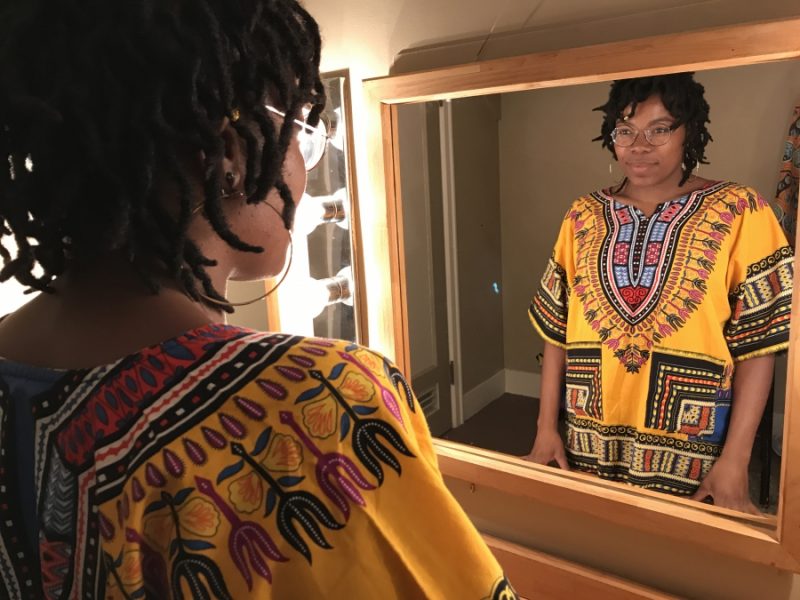 As the front woman for Bokanté, Tirolien now uses music to create an exchange with her audience as she sings in both French and Creole.

“Not a lot of people know about Creole, and it kind of puts Guadeloupe on the map a little bit,” she says, and laughingly adds, “Well, that’s what I’m hoping.”

She was especially excited to come across a video of students in Malaysia singing one of her songs in Creole.

“It’s such an example of how this language can be sung by people so far away,” says Tirolien. “It makes me feel very, very happy, very proud, very humbled, very grateful to have people from far away singing in Creole.”