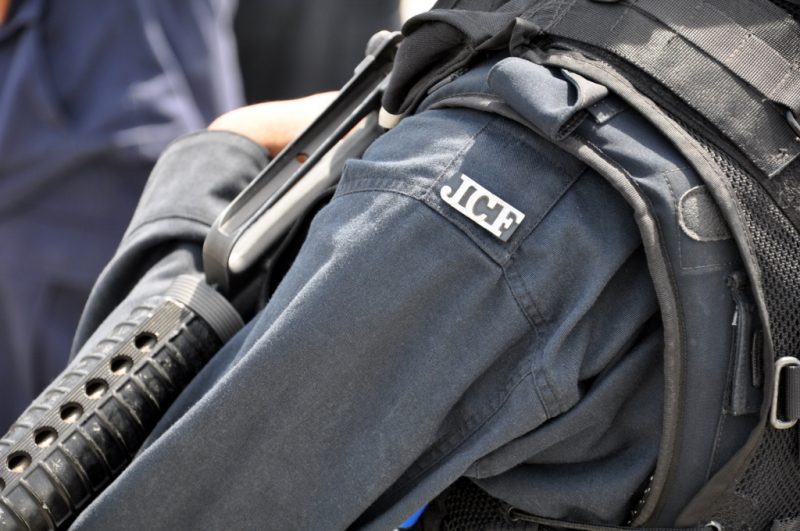 Just over seven years ago, Jamaican security forces entered the troubled West Kingston community of Tivoli Gardens, in search of alleged drug don Christopher “Dudus” Coke, who was wanted for extradition to the United States.

During the security operations — which raised major concerns among human rights groups — at least 72 Jamaicans lost their lives and about 35 more were wounded. It was the highest number of casualties in a single incident since the brutal suppression of the Morant Bay Rebellion of 1865.

On May 23, 2010 Jamaica was placed under a limited 2010 state of emergency for Kingston and St. Andrew, which ended nearly two months later on July 22. Coke was eventually captured and deported to the United States on June 24, and is currently serving a 23-year prison sentence for racketeering.

The government-appointed Commission of Enquiry into the “Tivoli incursion” (as it is known locally) published its report and recommendations on June 14, 2016. More than a year later, the Jamaica Constabulary Force (itself created by colonial powers soon after the Morant Bay Rebellion) released its own administrative review of the Commission's report, which Police Commissioner George Quallo shared on Twitter:

Among other recommendations, the June 2016 Commissioners’ Report noted that five senior members of the police force should not be put in charge of future internal security operations, after credible claims of dereliction of duty and extrajudicial killings. However, the police review committee, led by Assistant Commissioner of Police Wray Palmer, rejected this recommendation, going further to say that the Commissioners engaged in speculation, were biased and sometimes confused. The three Commissioners who were appointed in August 2014 included international crime expert, Professor Anthony Harriott; retired judge of the Court of Appeal of Jamaica, Mrs. Justice Hazel Harris; and former Chief Justice and Attorney General of Barbados, Sir David Simmons, who chaired the enquiry.

The response from Public Defender Arlene Harrison Henry was swift and emphatic. She called the police review “contemptuous” of the quasi-judicial Commission, which she noted was properly constituted under the laws of Jamaica by the Governor General. She also called on the Jamaica Constabulary Force to withdraw their review, promising to write Attorney General Marlene Malahoo Forte on the matter. Meanwhile, Quallo says he “stands by the report”.

Since the release, there has been increasing discussion of the report, with expressions of criticism and concern. I have been among those expressing concerns as, having read the report, I believe it raises questions of process, substance and tone. I think that beyond the report itself, there is also the consideration of its wider impact on issues of post-Commission of Enquiry processes and of police accountability.

There are points at which the Committee’s tone seems to be defensive and dismissive in a manner that is not appropriate or useful.

There was more criticism from retired Deputy Commissioner of Police Les Green, who took offence at the way the Criminal Investigation Bureau (CIB), which he headed at the time, was characterised. In an open letter to Commissioner Quallo, Green commented:

I respectfully request that the false and misleading statements are promptly addressed in this publicly circulated review document (published on the JCF website page and widely reported in the media) as any delays will continue to cause distress, alarm and harm to the reputations of nearly 1,500 members of the JCF, who were members of the CIB in May 2010.

I was honoured and privileged to have served in the CIB and I can personally vouch for numerous CIB personnel, who during this period, demonstrated beyond the call of duty at the very highest standards of professionalism, discipline and dedication and this JCF internal review document has tarnished us all with an injustice that must be immediately addressed.

The day after the release of the administrative review, George Quallo shared a press release:

There are more decent, honest, hard-working men and women in our midst than there are unscrupulous members…

We have no place for individuals who decidedly run afoul of the law. As keepers of this democracy we are held at a higher level of moral conduct than the average citizen. Therefore, I call on the decent members of this organisation to stand up and be counted, denounce any act of misconduct or corruption that is likely to impact our image.

As a result of the review findings, Jamaicans have been regularly commenting on police matters of late:

Instead of helping #JCF to learn from made mistakes and shortcomings in Tivoli, the Administrative Review is unfortunately causing cynicism

In general, Jamaicans hold a low opinion of the police. Those participating in the Gleaner newspaper national poll in 2014 believed that 80% of police were corrupt. One tweet echoed this view:

Another tweeted a drastic solution:

Radical perhaps, but many still believe that the Tivoli Gardens incursion was just as extreme.