She Dared to Say Pakistan’s Most Popular Politician Harassed Her. Then Came the Abuse. 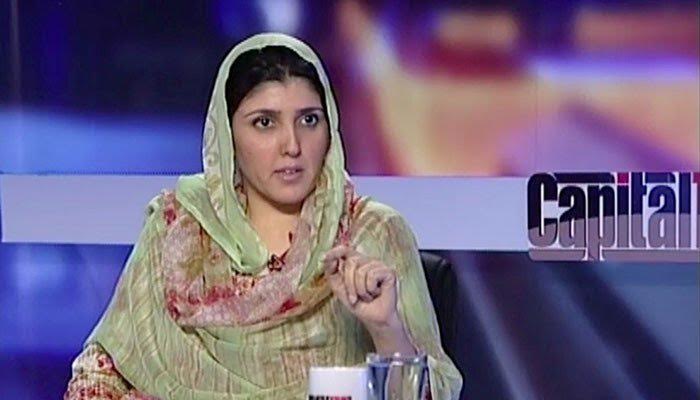 When 26-year-old Ayesha Gulalai was elected to Pakistan’s National Assembly in 2013, she became the country’s first tribal woman to be elected to parliament and one the country's youngest parliamentarians.

In early August 2017, Gulalai resigned from the political party she represented, Pakistan Tehreek-e-Insaf (PTI), and shared her reasons for doing so at a press conference. Among them were corruption, misogyny and the most damning of all—allegedly inappropriate text messages sent to her in October 2013 by the party's chairman, the cricketer-turned-politician Imran Khan.

Khan is extremely popular, especially among younger voters, and Gulalai's very public allegations triggered a flood of threats and vicious trolling from his supporters on social media, including this widely-shared audio threat on Twitter from a female PTI supporter, which starts with a series of curse words in Urdu:

The smear campaign against Gulalai has been especially fierce on Twitter. In the past week, even her family, including her sister, an international squash champion, have been attacked. The tone of the comments point to the nasty and insidious problem of misogyny in Pakistan.

And this is IK defenders mentality – calls on supporters to throw acid on my face. But I am not afraid! pic.twitter.com/qs6EDhASqZ

And outright disbelief of her allegations and victim-blaming has been a constant theme, as in this tweet from a popular female TV presenter:

When you get harassed on text by a man in 2013 you don't report his crime in 2017 ALL the while supporting/working for him. It's disgraceful

#Gulalai you want to leave, leave PTI, it's not an honourable way for a Wazir Pashtun woman to talk badly about a person who made you an MNA

I'm happy #Gulalai is getting nailed &insulted In each &every Tv prog.
Enough of Woman Card
If u r wrong should be No Gender Discrimination!

Gulalai’s case is not unique, but by speaking out against one of Pakistan’s most powerful men she did set a precedent.

After resigning from the party, Gulalai made a bold and articulate speech at the National Assembly, while female PTI members chanted loudly against her.

In the speech she said, “If you are in the PTI, then you are a good person. But as soon as you leave the party, you will start receiving threats of acid attacks and murder.” She went on to explain that by speaking up she had done what women's rights organizations had not been able to do, by giving a voice to women facing exploitation. She added that “Imran Khan is not a god.”

Earlier this year, Zubaira, a journalist, wrote on her blog about being harassed by her boss, who made inappropriate advances to her on multiple occasions. In her blog post she shared screenshots of conversations between them.

While many lauded Zubaria’s actions, more people seemed interested in moral policing, asking on social media why she kept working for and engaging in conversations with a man whose his intentions were clearly not right.

While saroor ijaz aka Salman masood's conduct seems far from professional, it must be noted that zubairajan is also guilty of playing along

I deny all allegations as false, malicious and frivolous. A legal course of action is being taken by my lawyer.

“People don’t realize that calling out your boss isn’t that simple. In Gulalai’s case, he is the chairman of the party she works for, she couldn’t outright give him a shut-up call,” said Umer Ali, a journalist whose work involves social media analysis. “Even I as a male would think twice before I make any complaints about my boss.”

Umer explains that the targeting and slut-shaming of independent, strong-minded female public figures like models, actors and politicians is an increasingly common trend.

Gulalai is a Pashtun from South Waziristan, which is part of Pakistan's Federally Administered Tribal Areas. Even though her own family is progressive, the Pashtun community in Waziristan is conservative, and there are many stigmas attached to actions like the one she took against Imran Khan.

In a country where court cases can last for decades even when there’s sufficient evidence for a conviction, harassment cases are even more impossible. For Gulalai to come forward as she did took a lot of courage on her part.

“We have constantly seen racial profiling of Pashtuns,” says Gulalai Ismail, founder of Aware Girls, a women’s rights NGO in Khyber Pakhtunkhwa province. “I think people are surprised when they see a Pashtun woman speaking up and immediately link it to conspiracy theories, as if the woman doesn't have a mind of her own. Morality has become a measuring stick which is used to shun women who speak up. Morality, culture, and religion are used against women who dare.”

What has happened to Ayehsa Gulalai provided a teachable moment for Pakistanis, and highlighted that a woman’s morality is always open to question and public debate, which is the very reason many women choose to remain silent about harassment. But in patriarchal Pakistan, where it’s not only men against Gulalai but also women, the lesson may get lost in the chaos.

Some of her female colleagues in the PTI have dismissed her allegations on the basis that they themselves have never experienced anything similar at the hands of their male co-workers, and because the party stands for women’s rights. Harassment, in this case, is being treated as an organizational issue rather an individual crisis, eroding the little protection women enjoy against misogyny and sexism. There are Pakistanis who are speaking out for Gulalai's right to a safe space to speak up against harassment:

Another educated woman exits the PTI. MNA Ayesha Gulalai's rebuke adds to the disquiet about a woman's place in the party. Not good https://t.co/2jJiIraLtV

#AyeshaGulalai issue highlights the very real issue of gender harassment and shaming of women who speak out. Issues that must be addressed.

And social networking platforms are making it even harder. “Internet gives us a voice, empowers us and our opinions,” says Nighat Dad, founder of Digital Rights Foundation. “But at the same time gives power to hate speech, cyber bullying and harassment. This will only grow until the state takes charge.”

The Amount of severe hate #AyeshaGulalai has Received from the society shows how Intolerant Pakistan's society is Against women.

This Twitter user took on a popular TV presenter who accused Gulalai of fabricating the charges.

There are provisions in the cybercrime law and also under Pakistan’s penal court section 509, which dictate that anyone who talks against the modesty of a woman is punishable by law. “I don’t see the inhumane trend of running smear campaigns against women who have been harassed and are coming out about sexual harassment against powerful men changing anytime soon,” says Nighat Dad.

But victim-blaming is a by-product of discrimination and sexism, and the targeting of Ayesha Gulalai and the reducing the situation to a discussion of morality and not her agency in the matter, shows the long road Pakistan still has to travel towards equal treatment for all its citizens.