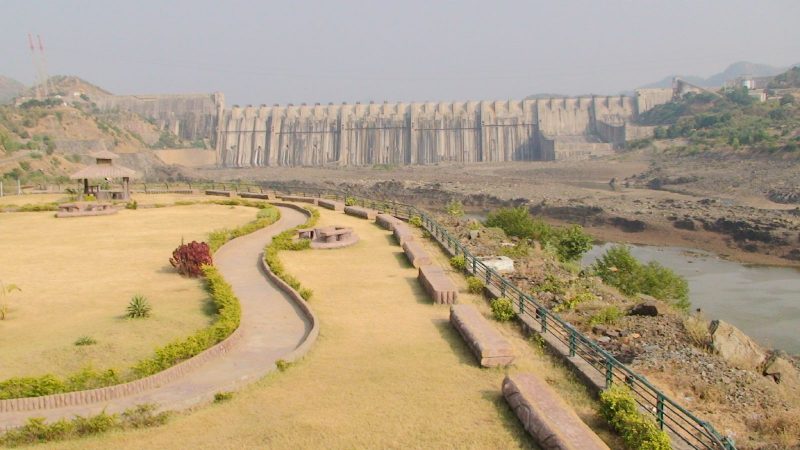 Indian authorities are moving ahead with the inauguration of a controversial dam, and thousands of families who have refused to leave their homes in areas that will be submerged stand to be forcibly evicted.

The government says [2] about 18,000 families are affected, and 6,724 live in the submergence areas, although activists and academics [3] put that number much higher [4] and accuse officials [5] of fudging the count to lower costs and avoid litigation.

Residents are supposed to be offered a “rehabilitation [6]” package, including compensation for land lost and resettlement to a new home. However, many have refused to leave their villages, complaining [7] that the compensation is unjustly low and resettlement sites lack drinking water, sanitation, primary medical centers, schools, electricity and even roads.

The main purpose of the state-initiated Sardar Sarovar dam project is to generate hydroelectric power and supply water for drinking and irrigation to the states of Gujarat, Madhya Pradesh and Maharashtra.

But from the start of construction in 1987 [8], protesters have said it will come at the expense of local people. The World Bank initially approved a loan to the Indian government of $450 million toward the $6 billion project, but withdrew the funding in 1993 following immense criticism [9] and protests. Works were temporarily halted as per a Supreme Court ruling from 1995 to 1999, but resumed thereafter.

Over the years, the dam's proposed height has been increased little by little from the planned 80 meters to the current 138.68. This means that the dam will affect even more people. Social entrepreneur Siddharth Agarwal tweeted a Google Earth video he made to illustrate how the areas will be submerged:

In February 2017, the Supreme Court gave a directive [13] that the rehabilitation of affected families be completed within three months, and that the valley must be vacated [14] by July 31. On June 17, 2017, the Narmada Control Authority gave the final [15] go ahead to the Gujarat government to close the Sardar Sarovar Dam gates, making the project “officially” complete.

The grand inauguration of the Sardar Sarovar Dam project [16] in Gujarat by Prime Minister Narendra Modi is scheduled on August 12, 2017 and the dam is likely to be filled to capacity by August-end, leading large areas to be submerged. The chief minister of Madhya Pradesh, Shivraj Singh Chouhan, had a recent update on Twitter:

98% construction work on R&R sites of Sardar Sarovar Dam has been completed. 12,500 out of 18,023 families have vacated the affected areas.

Narmada Bachao Andolan [18] (NBA), a group of indigenous people, farmers, environmentalists and human rights activists who for three decades have been resisting against the installation of large dams across the Narmada River, has been leading the charge in defense of these dam victims.

On July 27, 2017, Medha Patkar [19] and about a dozen other activists from NBA started an indefinite hunger strike in the Dhar district of the Indian state of Madhya Pradesh to demand proper compensation and rehabilitation for those affected.

However, on the 12th day of the hunger strike, on August 7, Patkar was forcibly removed [20] from the protest site by police and shifted to a hospital in Indore. 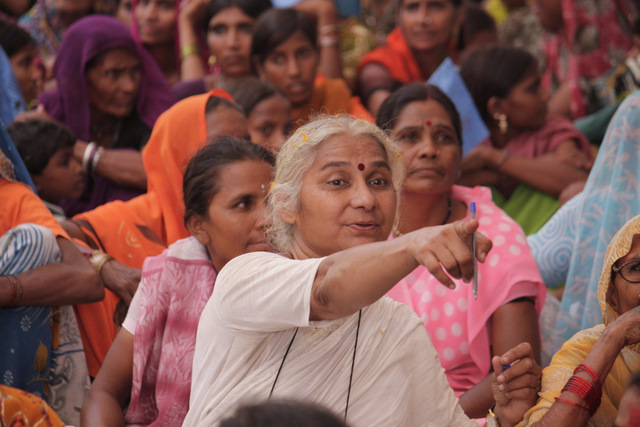 Patkar and NBA have their critics, however, who argue they're impeding vital development in India.

#MedhaPatkar [25] should be put behind bar for her role in anti national activities by creating hurdle in development of India.

SC had ordered removal of ILLEGAL encroachments adjacent to Sardar Sarovar dam. Why is Medha Patkar being portrayed as a ‘Social activist'? https://t.co/xlSpChqqsZ [27]

There are also online trolls who appear to be posing as victims of the dam thanking the government for resettlement with, suspiciously, the same exact message [29] each time:

See how BJP creating fake trend on twitter on Sardar Sarovar Dam
Medha Phatkar is on hunger strike since 13 days.

But people in other parts of the country have also mounted their own protests in solidarity:

On August 8, the Supreme Court rejected [2] a plea by NBA seeking an extension to the July 31 deadline to rehabilitate families affected by the Sardar Sarovar Dam. For the moment, it seems those Indians who live in the submergence area are destined for the forced eviction from their homes.