The internet has been a hotbed of propaganda and comic relief. 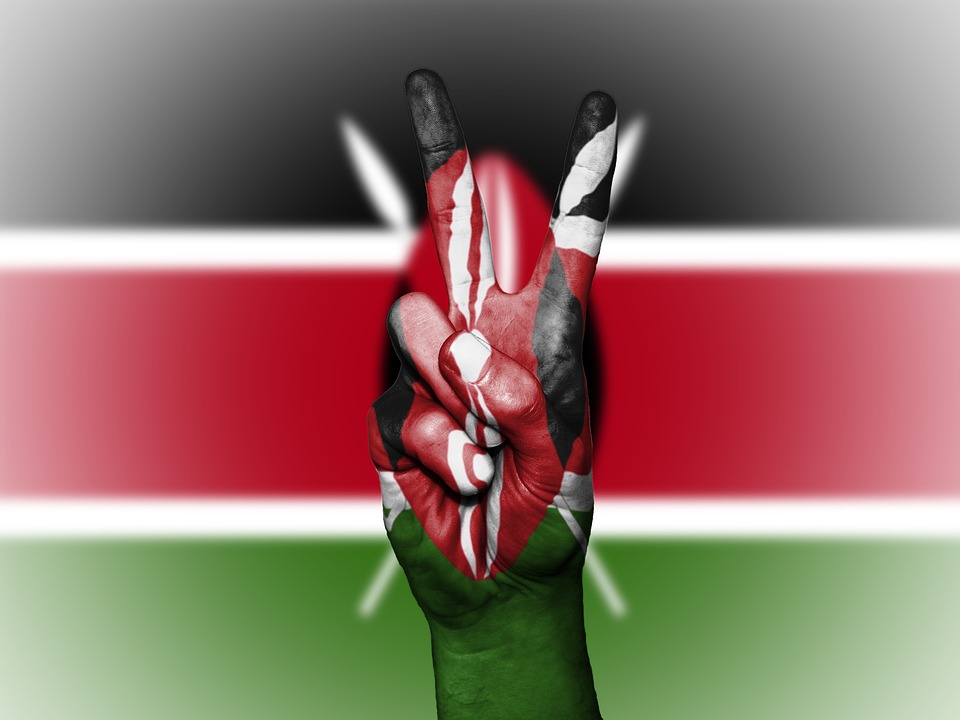 It's election season in Kenya. Photo via Pixabay.

Kenyans went to the polls on August 8 to vote for their next government, from county assembly to the country's president. This year’s presidential election was termed as a “two-horse race” pitting incumbent President Uhuru Kenyatta, the son of Kenya’s first president Jomo Kenyatta, and his long-time opponent Raila Odinga, the son of Jaramogi Oginga Odinga, one of Kenya’s founding fathers.

As of writing, early results show Kenyatta leading Odinga 54.64% to 44.51%, according to data published on the website of the country's Independent Electoral and Boundaries Commission (IEBC). But Odinga's party is disputing the results.

Throughout the election, social media has come to play an important role in the vote, in both negative and positive ways. The Kenyan Internet regulator, Communications Authority of Kenya (CA), has on numerous occasions assured Kenyans that it will not follow the lead of other African countries and shut down the internet despite issuing warnings on misuse and threats to WhatsApp administrators in a bid to curb the spread of hate speech.

So with a healthy dose of skepticism, Kenyans are using platforms to discuss and joke, as well as make serious observations about the process.

This election has made history as the most affected by the spread of fake news, according to a recent poll by research firm GeoPoll. In a study carried out in May 2017, 90% of Kenyans said they had encountered deliberately false information regarding the 2017 vote.

Kenya is one of the countries in Sub-Saharan Africa experiencing an internet and social media explosion. There are now 32 million internet users in the country, with an estimated 10 million users of the social messaging platform WhatsApp and 6 million on Facebook. Trust levels among Kenyans for social media as a source of election news are lower than that of mainstream media (TV, radio and newspapers), but about 49% of Kenyans cited social media as their main source of election news anyway, according to the same GeoPoll study.

In the last three months, Twitter has been a hotbed of propaganda and hashtags both organic and sponsored by the two political parties, Jubilee (under which the incumbent is vying for a second term) and NASA (Raila Odinga's party, which stands for National Super Alliance). The two have used bots, paid influencers, and in Jubilee’s case, big data firm Cambridge Analytica to sway the youth vote.

Two of the main hashtags for the vote are #ElectionsKE & #ElectionsKE2017, used by ordinary Kenyans as well as local and international media houses and Kenya's electoral body, the IEBC.

Hours to #ElectionsKE2017
Check your polling station here: https://t.co/4U6uEUA0Xa
and get your ID/PP ready! (the one you registered with).

On July 25, in a press release shared by Team Ad Dynamo, the ad agency for Twitter in Kenya, the social networking site introduced an emoji for two hashtags #ElectionsKE and #ElectionsKE2017. The special emoji pictures a ballot box with the Kenyan flag draped around it.

Join the conversation around the Kenyan election and unlock the special emoji by using #electionske and #electionske2017 pic.twitter.com/Q9yoz2ZA0J

In the last month, Twitter has become the de facto communication tool for Kenya’s electoral body IEBC as they seek to reassure Kenyans of their preparedness to run a free, fair and credible election. Through its Twitter handle @IEBCKenya, the body has been carrying out voter education as well as responding to queries by Kenyans regarding various aspects of the electoral process.

Find here all 11,155 polling stations affected by the lack of 2g and 4g network coverage. Contingencies are in place. #ElectionsKE2017 pic.twitter.com/wukTRg5GCf

On August 6, with just two days until the vote, the IEBC through their Twitter handle shared a list of 11,155 polling stations that would be affected by the lack of 3G and 4G network coverage. Unlike previous elections, Kenya will be adopting technology in voter details verification as well as in the transmission of the results from the polling centers to the constituency, county, and national final tallying centers.

Many Kenyans were caught by surprise, wondering why IEBC would wait till the last minute to share such crucial information. The electoral body had earlier in the year assured Parliament on network coverage during elections.

Network coverage during election was debated in Parliament and assurance given of 100% cover. @IEBCKenya confirmed about it. #IKONetwork

As soon as the list of the polling stations affected was published, Kenyans started a hashtag #IkoNetwork (Swahili for “There is network”) to dispute the assertion by IEBC on the lack of mobile internet in some regions and to crowdsource information on areas that actually have coverage from the local residents.

Kenyans have expressed their fears that this could be a tactic by the government, through the electoral body, to doctor the voting results as presiding offers might be forced to travel several miles away from the polling stations, in some regions, in order to get 3G connectivity that will enable them to relay the vote tallies to the constituency, county, and national final tallying centers.

Kenya has three mobile network operators; Safaricom, Airtel, and Telkom. Interestingly, most of the regions indicated as lacking 3G network coverage are the regions where Airtel is the primary provider.

This has led many Kenyans online to speculate on the criteria that was used to decide the primary network operators as it emerged that the regions listed as having no 3G network also happen to be the opposition’s stronghold.

The thing about these counties is that they are either stronghold/swing. @IEBCKenya don't want quick RTS from them. Why? @kenyanpundit https://t.co/pkKFdiZb8k

“Baba said we don't need you in Canaan. The rivers flow with milk and honey.” pic.twitter.com/Nw0LeYL5EI

In April, opposition leader Raila Odinga declared himself the Joshua who would lead Kenyans to the promised land of Canaan. These utterances made during a political rally in the country’s capital city struck a chord with many Kenyans online, and the narrative of Raila as Kenya’s deliverer from Egypt to Canaan took a life of their own when the videos of his speech were shared online.

Kenyans have since then been sharing their vision of how this Canaan will be like through memes, images and videos using the hashtag #CanaanForAll:

Getting ready in case we go to Canaan pic.twitter.com/RCPG1TLFyH

The hashtag has created great comic relief easing the tension that has been lingering on social media platforms between the hardcore support from the two political parties.