The New Wave of Independent Musicians Performing in Moroccan Arabic 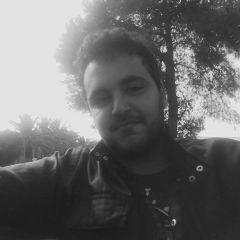 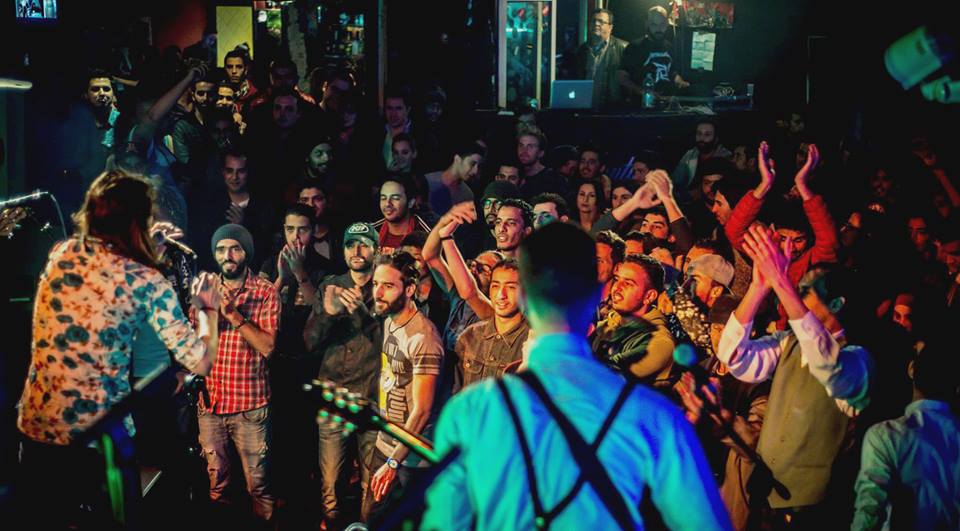 In recent years, a growing number of indie rock bands have begun writing their songs in Darija, the dialect of Arabic used in everyday conversation in Morocco.

The result is music inspired by both contemporary art and local heritage. Unlike modern mainstream Moroccan art, which is under pressure to conform to certain standards, independent art in Darija pushes boundaries, using profanity and slang, touching on highly controversial themes, and experimenting with different styles.

The alternative musical scene began in Morocco in the early 2000s and was referred to as the Nayda movement (“nayda” being a neologism meaning “waking up”, used as an adjective to describe a festive atmosphere). The main showcase back then was the Boulevard Festival of Young Musicians (Festival du Boulevard des Jeunes Musiciens). First held in 1999 as a competition featuring local rappers, DJs and bands, this festival sought to establish an underground scene and present it to the public and mainstream media.

The acts during this early generation were limited and written mostly in English and French. Speaking to Global Voices, Amine Hamma, co-author of the book “Jil L'Klam: Poètes Urbains” and former guitar player for Haoussa and Betweenatna, explains in part why:

The movement itself is inspired from idols. It began in the 1990s when TV stations like MTV, MCM and VIVA became accessible. This way, not only the music, but the entire culture was dispatched. And when we talk about Rock, most of the influences were English-speaking.

Back then, the Darija dialect was emblematic of traditional musical forms like Malhoun (meaning “the melodic poem”), which in turn is inspired by Andalusian music – not something with widespread appeal for young people, who sought foreign pop culture and art. 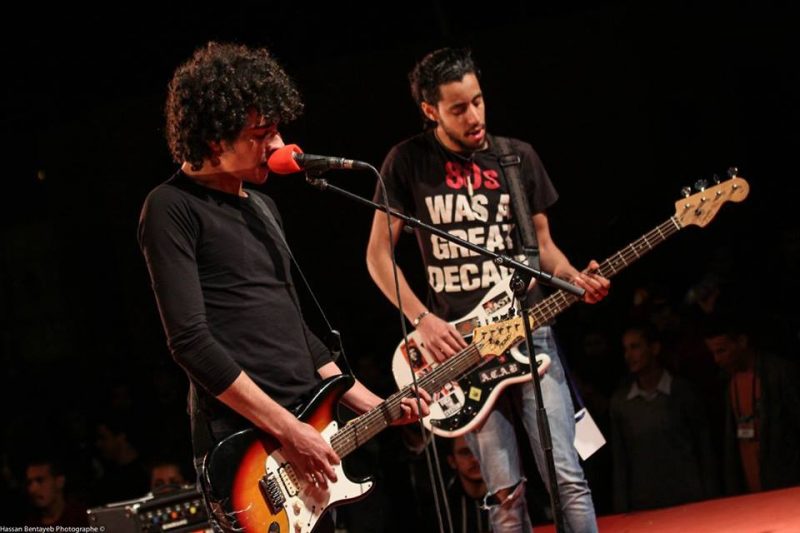 There is a commonly borne thought of how Darija does not go well with such musical genres where Darija is seen by many as a language associated with lack of education, and the acquisition of certain foreign languages is of added value.

But things began to change. According to some musicians, music has no official language, thus when the lyrics are written in English it is accessible to a global audience. Others, however, believed that the only way they can increase their local notoriety is by relying on their mother tongue.

So a new wave of independent artists eventually emerged in Morocco, bands with influences from electronic music, metal, and punk with lyrics in Darija. Nowadays, there are more venues and opportunities for these artists to showcase their work.

“It took us time to find identity in the rich cultural background that we have, and only recently have we succeeded in doing so” says Zouheir Mejd, lead singer for Wana Mali (previously Aurora).

And that success has been significant for the dialect, says Dominique Caubet, professor emeritus of Maghrebian Arabic at Paris’ National Institute for Oriental Languages and Civilizations (INALCO) and co-author of Jil L’klam: “The claiming use of Darija by the artists of the new scene has been very important in the valorization of this language in the Moroccan civil society for a decade.”

Arabic, like French, is a language of occupation unlike Darija which borrows from different languages. [Darija] is a language of adaptation. In the early 2000s, classical Arabic was associated with the notion of ‘noble’ art. To me, theater, or art in general, was impossible if you can’t communicate with the audience. In this, Arabic was no different than French.

To many Moroccans, this new generation is reminiscent of the Ghiwane generation in the 1970s and 80s, pioneered by groups like Nass El Ghiwane, Jil Jilala and Lemchaheb.

Back then, literary Darija, the Darija used to write Malhoun poems, was still present. Up until the independence of Morocco in 1956, it was the “language” spoken in all of Morocco, but is now spoken only by a few elders who are natives of the city of Fes. Caubet says that “the current generation does not bathe in the same atmosphere as the Ghiwane generation. [The current generation] seized the Darija of their time, and began to work the language in their creative process.”

‘The alternative scene is growing, but quietly’

It isn't just rock music that is making use of Darija, nor is it limited to music: from rap to fusion, from theater to visual arts, other artistic forms have begun to rely on local heritage too.

Alternative or independent art in Morocco is distinguished by its variety, compared to the mainstream.

“The alternative scene embodies freedom in genre; freedom to explore and create new genres,” says Aaron Moniz, founding member of metal bands Into The Evernight, and Struggle Session. “They often sing out messages of freedom, equality, perspectives of the oppressed and of the real and ever-changing Morocco”.

And Ghassan El Hakim adds: “The objective of alternative art is to create debate. Even the term ‘alternative’ itself carries a somewhat political stand. Not exactly being member of a party, but to have something clear to deliver, and to defend it”.

One of the main problems that alternative art suffers from in Morocco is that of documentation. Amplify.ma is one of the websites which have been trying to document the rock scene since its beginnings. Its founder, Reda Hmidi, told Global Voices that “the first challenge which tackles young musicians is recording an album with good audio quality, and that is not affordable for many young musicians.”

Another is funding. “The alternative scene is growing, but quietly,” says Amine Nawny, creative editor at TLBB magazine and an actor in the theater troupe JAA. “There are more independent artists, however they are likely to disappear due to lack of financial support.” 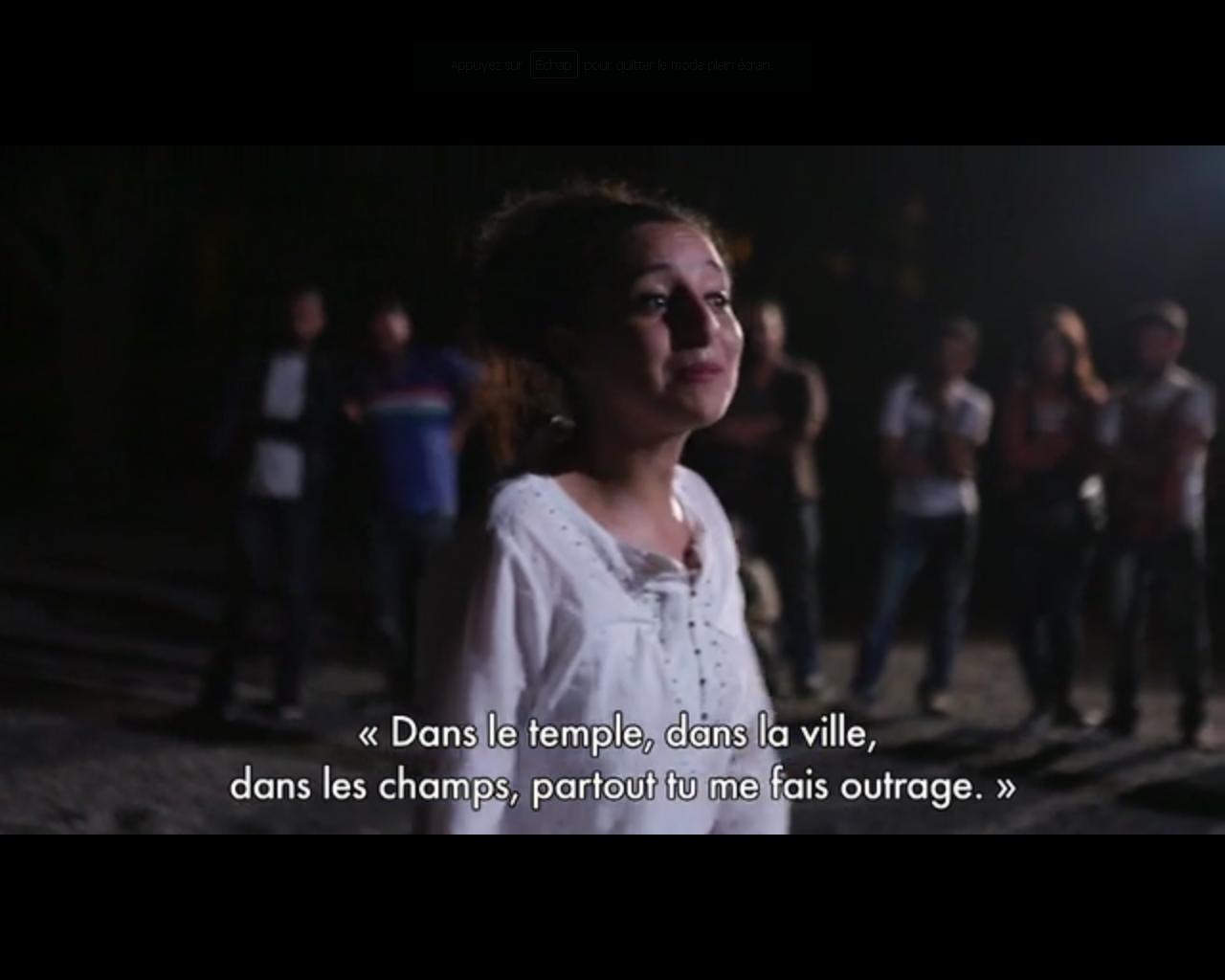 Despite some setbacks, some think the alternative scene is now perhaps at its best period thus far.

“Comparing with the past, independent art is now more rooted in society” says Marouane Youssoufi, member of Collectif Hardzazat. “It became even more visible on the media. Now it has its own audience and its own artists who are becoming aware of their social and cultural impact”.

But not everyone thinks so.

“The underground scene moves forward and backwards. The curve is not stable”, says Sami Allam, lead singer for Soundtrip. “Sometimes it is in good condition and sometimes the opposite. Today, I am not convinced that it is in a good state.”