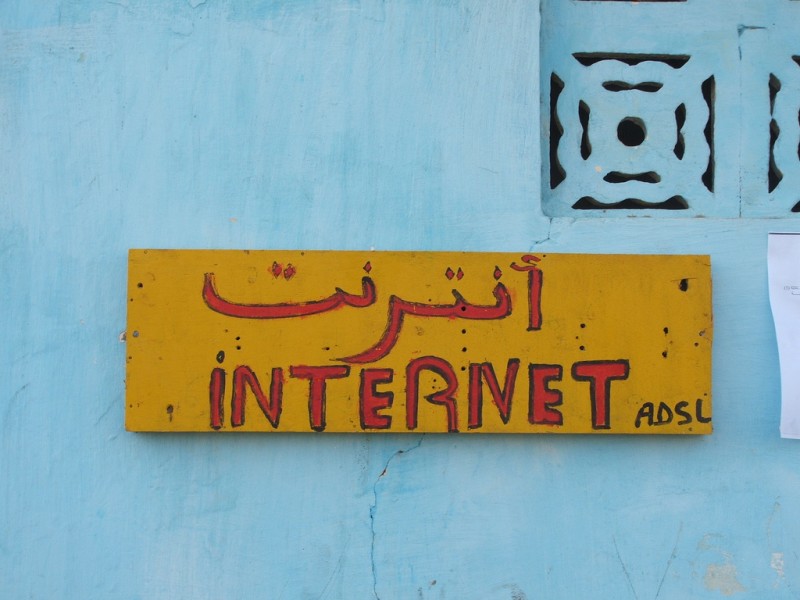 This week Global Voices released an original research report on Free Basics, an app built by Facebook that is intended to serve as an “on ramp” to using the global internet.

Now active in 63 countries across Africa, Asia and Latin America, the app does not get users onto the global internet, but rather gives them access to Facebook and a handful of online services, ranging from ESPN and Disney to BBC and Wikipedia, all free of charge. In their promotional materials for the program, Facebook posits that: “[by] introducing people to the benefits of the internet” they will help justify the cost of mobile data and thereby “bring more people online and help improve their lives.”

A group of Global Voices contributors decided to test their theory this past spring, by using the app ourselves. We conducted case studies in Colombia, Ghana, Kenya, Mexico, Pakistan and the Philippines, evaluating Free Basics against usability and open internet benchmarks that we developed in consultation with experts from the ICT and internet policy communities.

Among other findings, we documented substantial shortcomings of the app in the area of localization. No version of the program tested in our study adequately served the linguistic needs of the local population. In heavily multilingual countries including Pakistan and Philippines, the app is offered in only one local language. In Ghana, the version of the app offered by Tigo was available only in English. And while Free Basics features a number of corporate services based in the US, it includes relatively few sites catering to local issues and needs. Outside of the Philippines, the versions we tested offered no public service sites, and remarkably few independent media sites.

In an interview about the research, Philippines researcher and Global Voices Southeast Asia editor Mong Palatino told The Guardian:

The advertising implies that it’s free internet, but then you actually use it and it’s not really the full internet. It misleads the public and makes them think these sites and services are the essential tools.

On July 24, authorities in South Sudan instituted what appears to be a partial block of access [2] to four websites, arguing that the Sudan Tribune, Radio Tamazuj, and the blogs Nyamilepedia and Paanluel Wel had published “subversive” content. The editor in chief of the Sudan Tribune, Mohamed Nagi, said of the block “We see this decision as a new attack on the press freedom in the South Sudan.”

Journalists in South Sudan have faced increasing threats [3] following the return of violent conflict in the country. Just last week, the director of South Sudan’s public broadcaster, Adil Faris Mayat, was detained [4] because he did not broadcast a presidential speech live. The Minister of Information said the bans on the sites would be lifted when “those institutions behave well.”

A court in Kyrgyzstan blocked the Internet Archive [5], claiming that it stores extremist content. Archive.org claims to have archived almost 300 billion web pages, and stores free to use books and music. The state communications service did not specify what specific web pages triggered the block.

Russia’s lower house of parliament voted for a series of censorship laws [6] during a spree in mid-July, issuing prohibitions on messaging services that forbid users to communicate anonymously, outlawing VPNs, proxies, and anonymizers, and requiring search engines to hide links to blocked sites. The laws must now be approved by Russia’s upper house of parliament before being signed in to law by President Vladimir Putin. The messaging app Viber has already indicated it plans to comply fully with Russian legislation.

Russian web developer Dmitry Bogatov was released on house arrest [7] after being detained for three months while under investigation for inciting violence. Authorities allege [8] that he posted comments to online forums in Russia encouraging people to go to the Red Square to riot, but their only evidence for this is his IP address. Bogatov runs a technical exit node of the Tor network, which allows people to browse the web anonymously, and could also have led to the use of his identity by another person.

Amazon.com recently applied for ownership of the top-level web internet domain name, .amazon. The application was contested by several Latin American countries in the region of the Amazon river and rainforest, who argued that this would appropriate the name of the Amazon region. On these grounds, the internet naming authority (ICANN) rejected the application. This week, independent review panel ruled [9] that in rejecting the application, ICANN failed to follow “clear, pre-specified and objective rules.” A group of experts and stakeholders from the region issued a signed statement [10] in response, asking that parties not stake claims upon their name without hearing the people of the region first.

We have faces, names, content, history. Using our name to tell another story, a company’s history, would de-characterize us? Likely not. We will not disappear…However, using our name without acknowledging our importance is certainly a mistake. Using our name refers directly to a vast land of rich diversity, with much to uncover and with many cultural gems already discovered. So if using our name, at least acknowledge us, respect us.