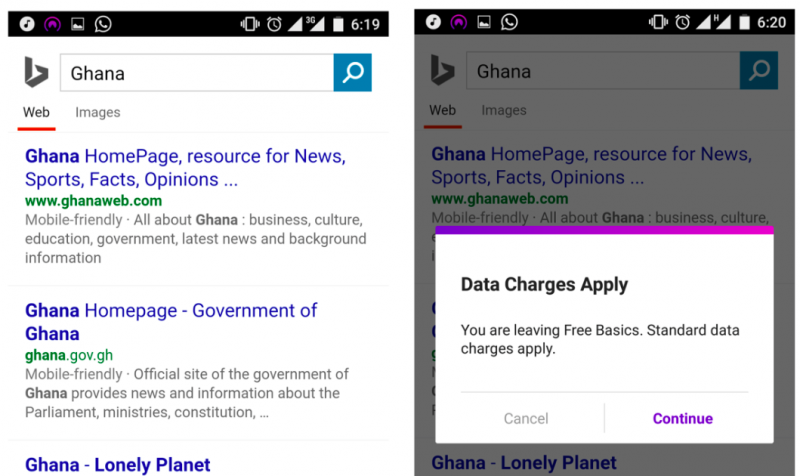 You can search Bing on Free Basics in Ghana, but you cannot access any of the websites in the search results, unless they are part of the Free Basics package. Screenshot by Kofi Yeboah.

Across the world, efforts to increase internet access are wide-ranging — there is everything from public-private infrastructure development, to community-built mesh networks from Oaxaca to Cape Verde, to WiFi-emitting balloons flown by Google.

Another effort is Facebook's Internet.org project, which the Silicon Valley company describes as an initiative to bring internet access and the benefits of connectivity to the portion of the world that doesn‘t have them. The flagship product of Internet.org is a mobile app called Free Basics, which gives users access to Facebook and a handful of online services, such as Accu Weather, BBC News and Wikipedia free of charge.

On the Internet.org website, Facebook explains that the app is intended to help people justify the cost of mobile data:

“By introducing people to the benefits of the internet through these websites, we hope to bring more people online and help improve their lives.”

In an effort to better understand the impact of the Free Basics app and its role within the broader spectrum of global internet access development initiatives, a group of Global Voices contributors tested the Free Basics app in six countries across the globe this spring. We conducted a case studies in Colombia, Ghana, Kenya, Mexico, Pakistan and the Philippines, along with a review of research, criticism and public documentation about the app's use and utility. [Learn more our research]

Free Basics is available in 63 countries, 26 of which are in Africa. Facebook partners with mobile telecommunication operators who provide this extra data that allows subscribers to access the Free Basics app.

When using Free Basics via Tigo in Ghana, the main screen of the app looks like this: 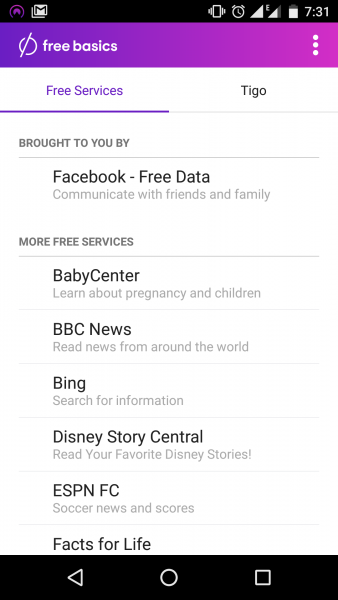 Main screen of Free Basics in Ghana, via Tigo. Screenshot by Kofi Yeboah

The app features the following sites:

Most of the featured sites are based in the US or Europe. The only local and local versions of services featured on the main screen include the e-commerce site Tonaton Ghana, the job search site Jobberman Ghana, Super Sports, and the news sites Ghana Web and Ghana News, both of which tend to feature repackaged stories that have already been reported elsewhere.

The Bing search engine is also available in Ghana, and on most other versions that we tested. Of course, it has limited utility, given that nearly all links that appear in search results are inaccessible for the user. When a user tries to select a link from Bing search results, they are met with a notification that reads “Data Charges Apply.” If the user does not have a data plan, they are unable to access the selected website.

A larger set of apps, ranging from learning apps to sports and entertainment sites, can be found on a separate page a few clicks beyond the main screen. Nearly all of these sites are based outside of Ghana, and many of them outside of Africa.

When using the websites that are available on the Free Basics app, subscribers do not get full use of these websites. For example, if a user wants to use the Facebook app within Free Basics, they will not be able to access pictures or watch videos on the app. 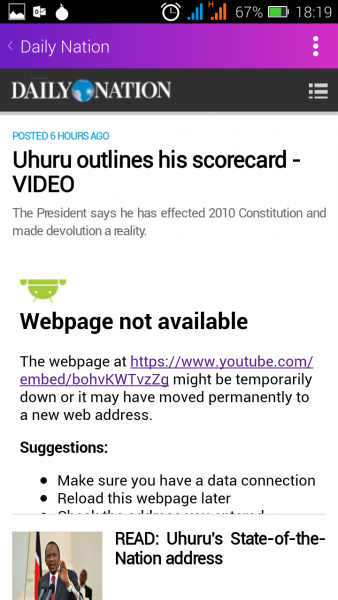 If a user encounters a video or image on a news site, these too are often removed from the screen, as demonstrated in the image above. Users are notified by the app that they must pay data charges if they want to view a picture or watch a video on the Free Basics app.

The Free Basics app provides its users limited access to websites and other important apps. It does not offer access to any government or public service websites, nor does not offer services from Facebook's main competitors. For instance, Free Basics has no Twitter app. It also does not include an email app. 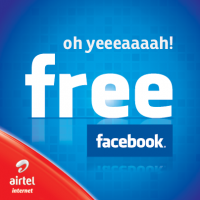 Since its inception, Free Basics has raised lots of concern about net neutrality, an industry term used to indicate that anyone from anywhere around the world should be equally able to access or provide services and content on the internet. In short, it means that in a truly open internet, all content is treated equally.

The corporate interests at stake in the Free Basics program are difficult to ignore. Apart from the interests of Facebook and the handful of sites and services offered on the app, telecommunications operators also benefit from Free Basics.

Previous reports by BuzzFeed News told us that telecommunications operators — not Facebook — are covering the actual cost of providing users with mobile data that allows them to access the Free Basics app. Local advertising campaigns and even comments from telco employees indicate that Free Basics has served as a way to drive new subscribers to their network by enticing potential subscribers with the promise of enjoying free access to Facebook.

John-Paul Iwuoha, an author and impact investor has advised African governments to in his article published on the Huffington Post titled “Dear Mr. Zuckerberg: Thanks for ‘Free Basics’ in Africa, But We’re Not Totally Convinced.” As Iwuoha put it:

While Mr. Zuckerberg firmly believes that restrictive editions of the internet like Free Basics and the principles of net neutrality can co-exist, I have banged my head against the wall several times to imagine how that would happen.

Africa’s history is littered with governments and “gatekeepers” who seek to censor and control access to information, monopolize public conversations, and regulate communication and expression. The open internet is helping to break that stranglehold, and the outcomes could change everything (or most things) for the continent. Therefore, it’s in Africa’s best interests to hold on to the principles of net neutrality to avoid a return to the “dark days.”

Facebook says it doesn’t handpick the services on Free Basics anymore, and now admits any service or website that meets its “criteria.” This sounds comforting, but we must not lose our guard as long as Facebook — a profit-driven, U.S.-based company — retains gate-keeper powers over millions of Africans who will likely come online as a result of Free Basics.

Facebook’s actions and strategic business investments in Africa need to reflect its vision of bringing internet access to all Africans. Not just a slice of the internet, but all of it.

If indeed, if Facebook wanted to improve the knowledge of people across the globe, especially in developing countries, they would open their platform to include more languages, enable key features like pictures and videos — a great and dynamic medium for sharing and improving knowledge — and allow users to access more information from across the web.

This post reflects the position and findings of Kofi Yeboah as an independent writer and researcher. It does not reflect the views of his employer.