In Uganda's Parliament, the Arc of the Moral Universe Bends Toward Sexism 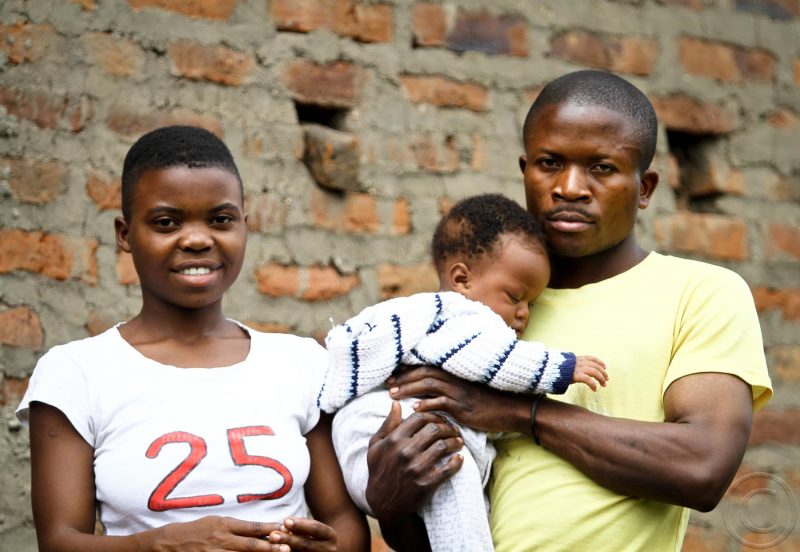 Itungu Zonnet from western Uganda district of Kasese was a mother of three by 19. Photo by Edward Echwalu. Used with permission.

On July 18, Uganda's parliament sat in Kampala, the country's capital, to discuss a motion calling on the government to prioritise the promotion and protection of children against violence. The debate came in the aftermath of a March 2017 police report showing that between 2010-2016 there has been a steady increase in crimes against women and children in Uganda.

During her contribution to the debate, Uganda's State Minister for Youth and Children Affairs, Florence Nakiwala Kiyingi, made a startling assertion regarding the rise in violence against children in Uganda. “If you want to protect a child,” Kiyingi said, “you must love and respect the father of the child.”

Failure by wives to respect their husbands is forcing men to abandon their children, says Youth minister https://t.co/dG7bFpnF9n pic.twitter.com/1OYlKl7ojG

Hon.Nakiwala Kiyingi says the main causes of child neglect and abuse is the failure of women to respect men #PlenaryUg

When questioned by Deputy Speaker Jacob Oulanyah about the evidence informing her argument, Kiyingi said: “I have had a long experience as a leader in the royal kingdom of Buganda leading young ladies and young mothers… when you talk to the wives to create sanity, you find that the fathers are able to care and love their children.” 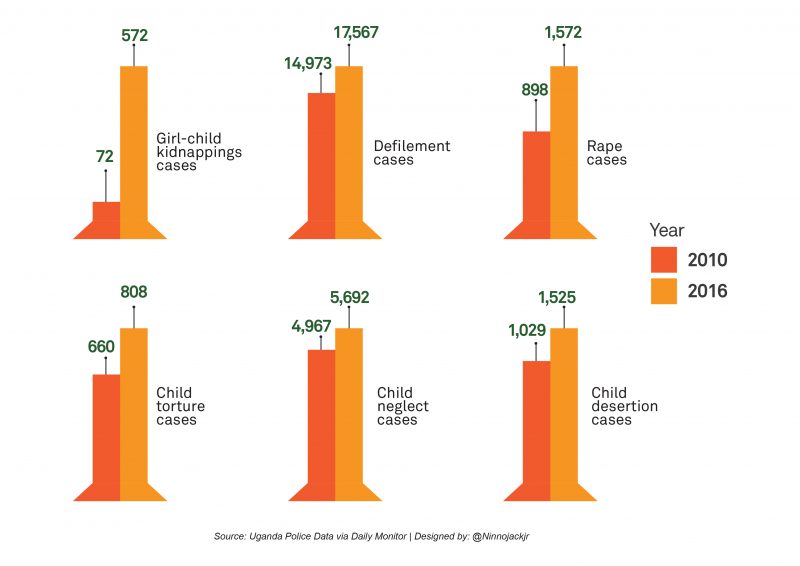 Close to 60% of Uganda's 37 million people are under 18. About 55% of Ugandan children below the age of five, and 38% between six and 17 years live in poverty. A 2014 study by Uganda's own Ministry of Gender Labour and Social Development, where Kiyingi sits, found that 55% of children under the age of five are deprived of two or more of the rights outlined in the Convention on the Rights of the Child. Uganda ratified the UN Convention in 1990, and children's rights are clearly outlined in the country's constitution and the Children Act.

A 2015 UNICEF study, ‘Situational Analysis of Children in Uganda’, also emphasised that the protection of children’s rights continues to be a critical challenge in the East African nation. Another study conducted jointly by UNICEF and the Ugandan government found that almost 40% of Ugandan children have suffered physical violence that has negatively affected them. This worrying situation is backed up by the Uganda Human Rights Commission's 2015 annual report, which reiterated that parents, especially fathers, were increasingly neglecting their children, especially those born outside of ‘formal’ relationships. Noting that government spending on child protection is marginal, UNICEF has called for more investment in changing social norms and support for child protection law enforcement. 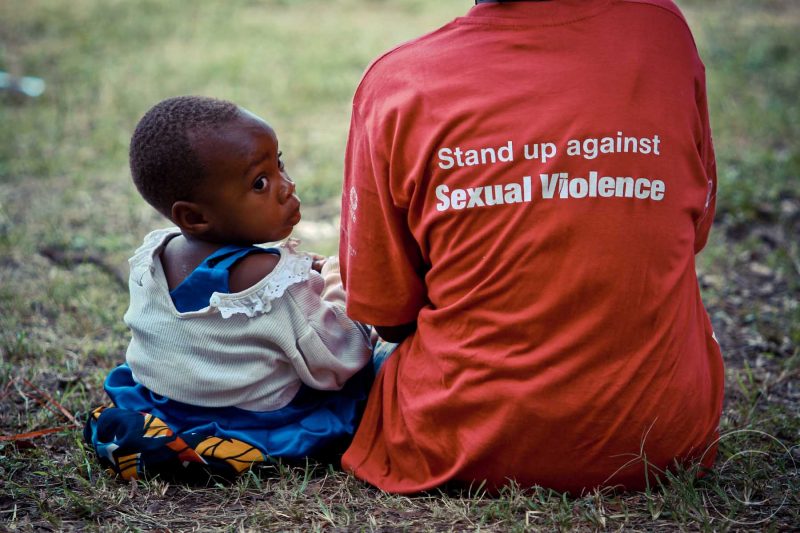 Despite all the evidence of the extent and complexity of the problem, the minister responsible for addressing violence against children appears to believe that the solution is a simple question of women mastering the techniques of stroking men's egos. But Kiyingi's ideas do not come out of a vacuum. Her predecessor, Ronald Kibule, stunned the country in 2013 with his victim-blaming assertions about rape. “Most women currently dress poorly, especially the youth,” the Minister said. “If she is dressed poorly and is raped, no one should be arrested.”

Blaming women for violence against them and their children demonstrates a striking ignorance of the realities of many Ugandan families. The suggestion that victims of crimes were “asking for it” is also dangerously unfair, as it shifts responsibility away from the perpetrators. Even more worrying is the fact that several members of parliament, both men and women, and including a doctor, stood in support of Kiyingi's misogynistic rhetoric. 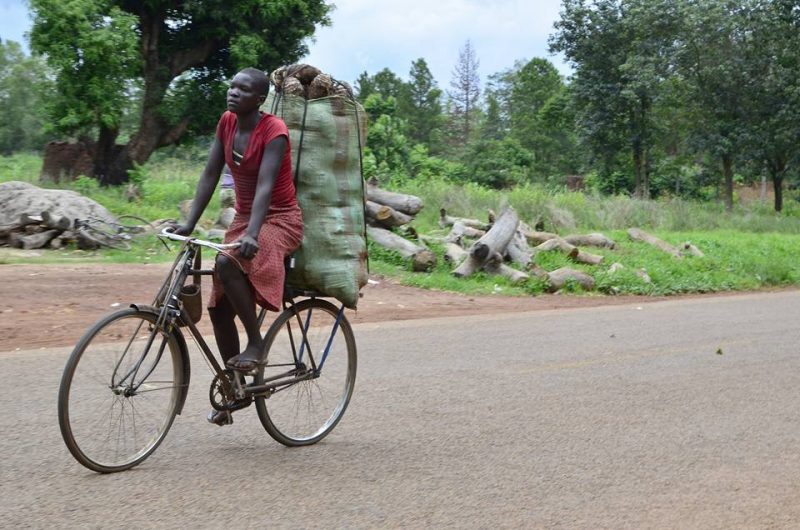 A woman rides a bicycle taking produce to market in near the northern town of Lira. Photo by Rachel Mabala. Used with permission.

Dr. Chris Baryomunsi, a public health specialist and cabinet minister, cited, “studies that have been done that clearly show that the behaviour of female spouses chases away their spouses and this can cause disruption in the family.”

Besides regurgitating long-held biases against women, the participants in this hollow, ego-driven debate offered no solutions. Their treatment of people who have already been abused says a lot about Uganda's lawmakers, and by extension, Ugandan society. The parliament that once roared with socially progressive legislators, that gave Uganda a relatively progressive constitution, is now a circus where one can refer to imaginary studies in order to deny the voices and experiences of millions of Ugandan victims of violence, and experience little opposition.

But while parliamentarians fail to push back, Ugandan citizens are not ready to be silenced. Kiyingi's statements riled many, and others questioned whether she understood her role as leader, including Winnie Byanyima, a renowned Ugandan women's rights advocate and Executive Director of Oxfam International.

This is silly! Where is the evidence? Minister needs orientation about her role & how to make public statements. https://t.co/5o0yg5hYA3

I am extremely ashamed of Hon. Nakiwala Kiyingi!! Such a comment in the 21st century?

Disgusting. Not sure she heard herself say those ignorant self hating misogynistic words

Despite there being 34% female representation in Uganda's parliament and a fair number of women participating in governance, such misogynistic statements from ministers and members of parliament remind us that gender representation alone will not guarantee of justice for women and children, and of the hard work that needs to be done towards shifting cultural norms and traditions in the direction of progress.