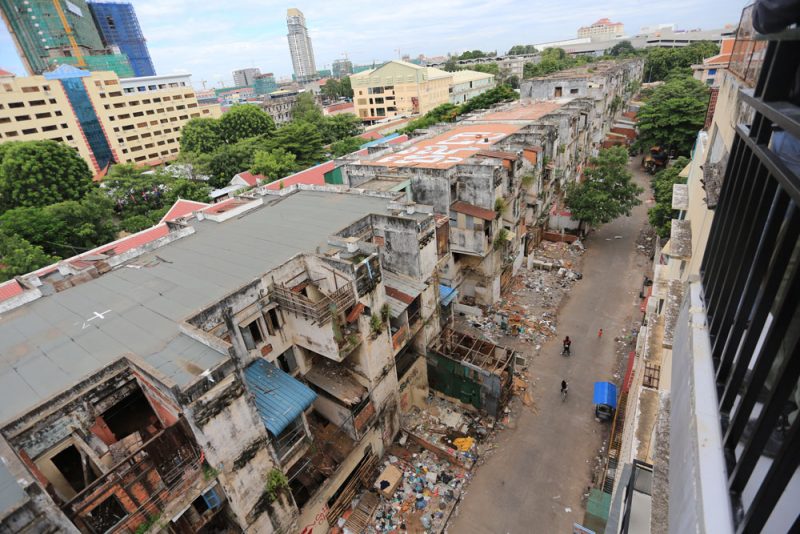 This article is reposted with permission from Radio Free Asia. The article featured photos of Phnom Penh's iconic White Building days before it was demolished. 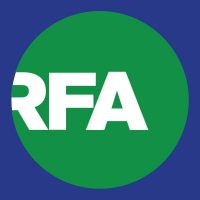 This iconic 54-year-old apartment building with an open sky bridge often caught the attention of artists, dancers, and photographers in Phnom Penh, Cambodia's capital. But now it is being torn down.

The government plans to develop the area into a 21-story multi-purpose complex under a build-operate-transfer (BOT) concession with Arakawa, a Japanese company, at a project cost of $80 million.

The White Building was originally called the Municipal Apartments and was inaugurated in 1963 as a low-cost housing complex. Over the years, it transformed into a notorious slum and crime area, where prostitutes, heroin addicts, nuns, students, children and business owners lived side-by-side.

The building was originally designed by Cambodian architect Lu Ban Hap and a Russian-born architect Vladimir Bodiansky as part of the then-King Norodom Sihanouk’s vision for new Khmer urban transformation. Consisting of six blocks where 493 families resided, the building is located in the Tonle Bassac neighborhood along Sothearos Boulevard, just a couple of blocks away from Cambodia’s National Assembly and Ministry of Foreign Affairs’ buildings.

Only trash and some leftover sheets, pillows and tables are now seen inside the building. Nevertheless, seven families who owned apartments in the building remained defiant as they refused to abandon their apartments and accept ‘lower-than-market-price’ compensation, while other residents from four families residing along the right of way within the building complex also decided not to abandon the building before the demolition which began on 17 July, 2017. 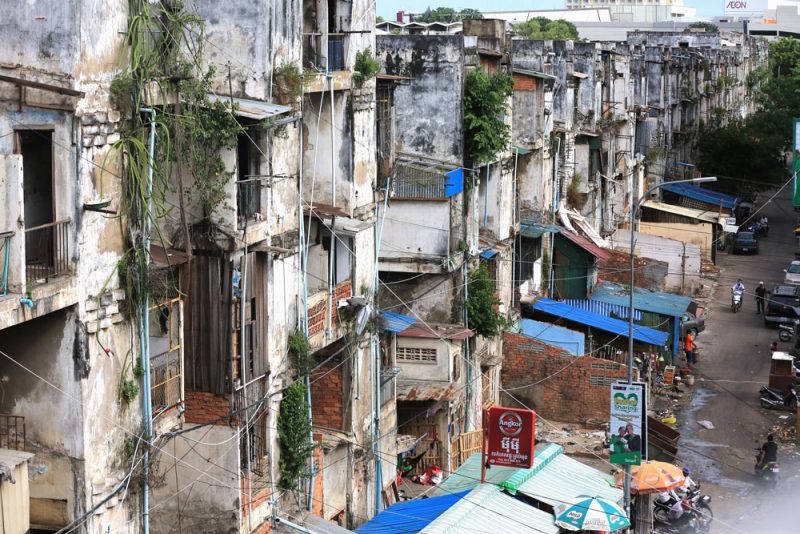 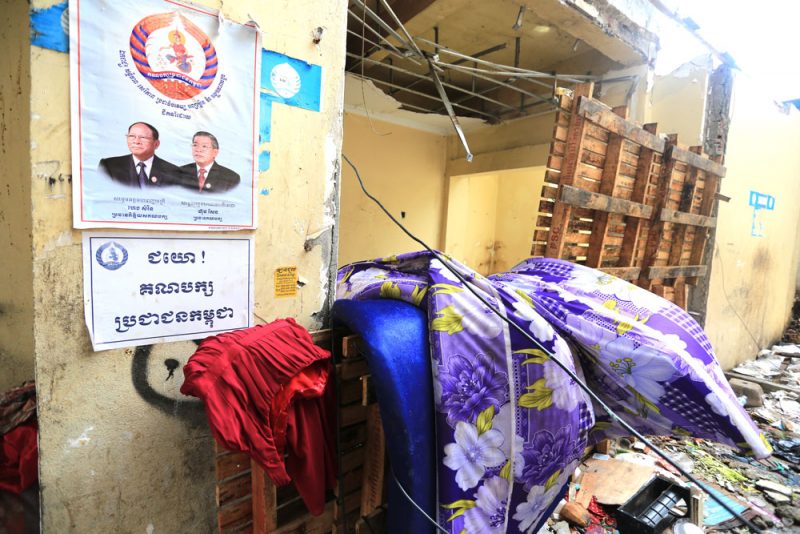 Piles of household belongings and trash next to a wall bearing campaign material of the ruling Cambodian People’s Party, July 14, 2017. Photo and caption by Radio Free Asia / Vuthy Tha 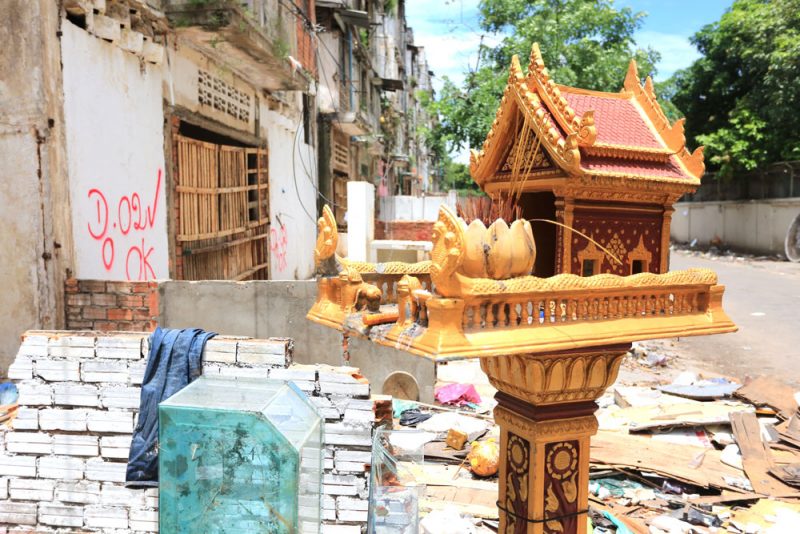 A household shrine with incense sticks stands in front of one of the apartments in the White Building, July 14, 2017. Photo and caption by Radio Free Asia / Vuthy Tha 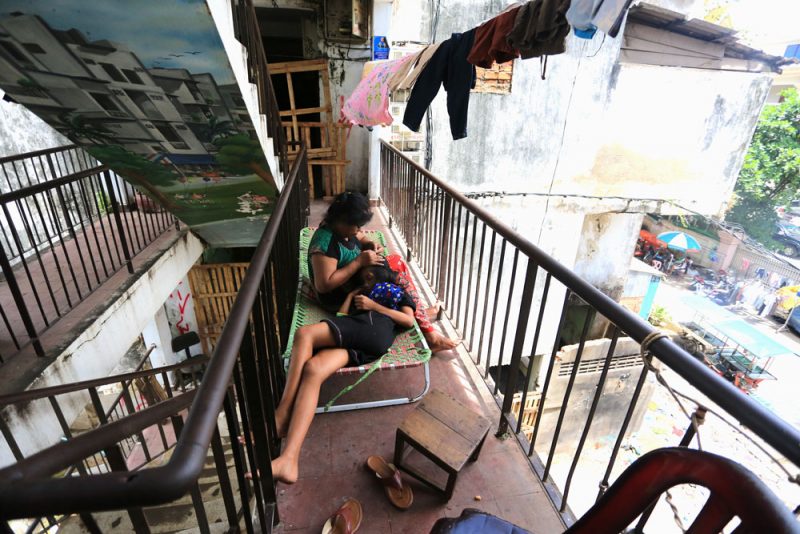 Defiant residents sleep on one of the sky bridges in the White Building, July 14, 2017. Photo and caption by Radio Free Asia / Vuthy Tha 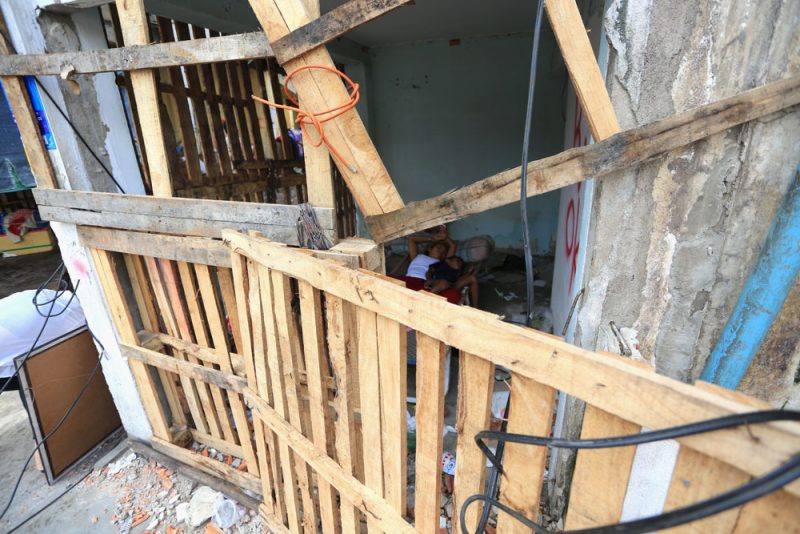 Defiant residents who refuse to leave their apartment are seen sleeping inside their blocked apartment, July 14, 2017. Photo and caption by Radio Free Asia / Vuthy Tha