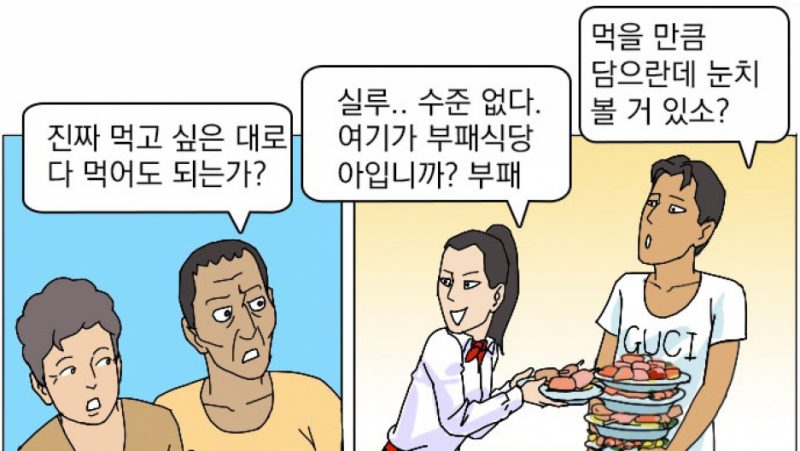 On the left, one refugee asks, “Are you sure we can really eat as much as we want?” On the right, the other female defector says, “All the food in this restaurant is rotten.” South Koreans use the English word “buffet,” which sounds like the Korean word for “rotten.” A challenge for many North Korean defectors is to learn all of these borrowed foreign words that have become part of the southern vernacular. Credit: Choi Seong-guk

This story by Jason Strother originally appeared on PRI.org on July 6, 2017. It is republished here as part of a partnership between PRI and Global Voices.

The escape of around 30,000 North Korean defectors to South Korea might not seem like a storyline rife with laughter. But an online comic strip series created by a North Korean refugee, who now lives in Seoul, attempts to bring some humor to what is an often-harrowing journey and difficult resettlement.

After his own defection to South Korea in 2010, Choi Seong-guk, 37, realized that the two Koreas were no longer the same country — many cultural and linguistic differences have arisen during more than 70 years of division.

For Choi, who had once worked for Pyongyang’s premier animation studio, SEK, one of the first differences that stood out was that cartoons in the south weren’t anything like the ones in the north.

“When I first saw South Korean cartoons, I just didn’t get them,” he says. “There were no stories about patriotism or catching spies or war. They just seemed useless to me.”

Choi has had a knack for drawing since he was a kid, when teachers praised him for his sketches of evil American soldiers that he says he made look “as ugly and violent as possible.” 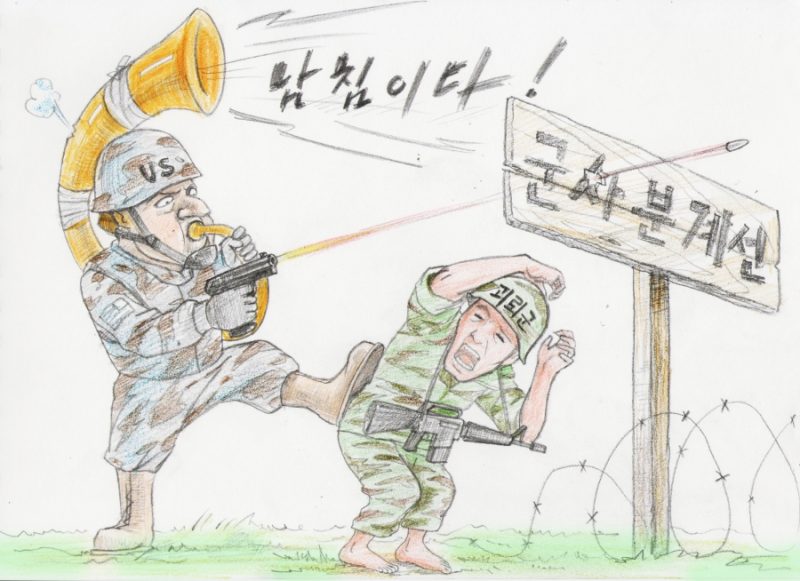 This is a re-creation of a drawing Choi made as a young student. It depicts an American soldier kicking a South Korean soldier as they prepare to cross the border into North Korea. The caption reads, “Invasion from the South.” Credit: Choi Seong-guk

In 2016, Choi returned to drawing and began an online comic strip series called “Rodong Shimmun,” which means “labor interrogation” — it’s a play on the name of North Korea’s “Rodong Shinmun,” the labor newspaper.

The satirical series follows a group of newly arrived refugees as they spend their first months in South Korea at a government–run integration center. Choi pokes fun at their ‘newbie-ness,’ like their shock about all the food at a buffet restaurant.

He also tells the story of one lovelorn defector, which he says is based on his own embarrassing cultural misunderstanding. 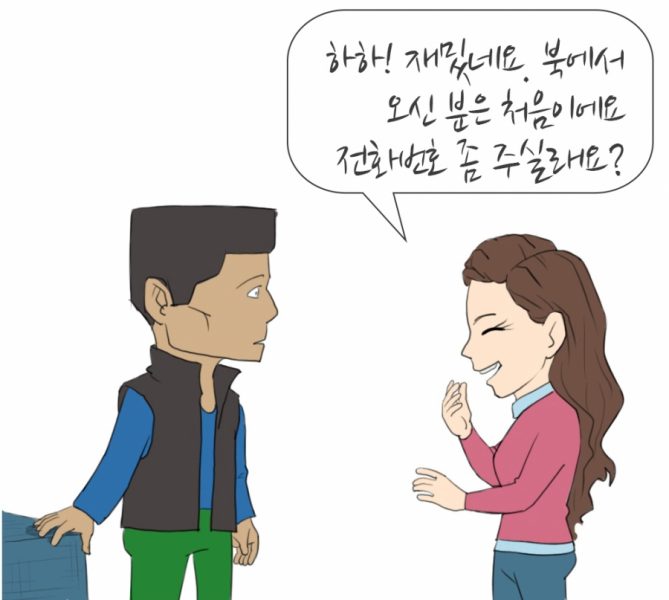 The defector meets a South Korean woman, who says, “Interesting. I’ve never met a North Korean person before. Can I have your phone number?” Credit: Choi Seong-guk

“One time I met a South Korean woman who asked for my phone number and said she wanted to become my friend,” he recalls. “I somehow misinterpreted that as she wanted to marry me.”

The woman goes on to use a term of endearment that’s casually spoken in South Korea. In a subsequent text bubble, Choi explains to his readers how this caused mixed signals.

“In North Korea only romantic partners would say that to each other. Amongst friends, we just call each other ‘comrade.'”

Not all of Choi’s drawings are funny, though. Some depict scenes in North Korea of people starving in the streets. 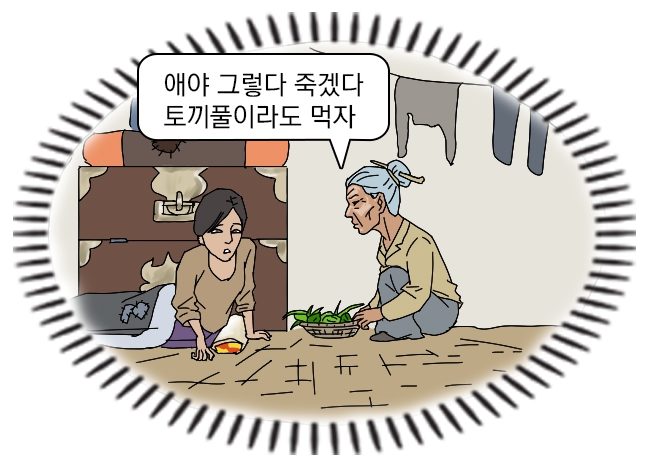 Throughout Choi’s comic series are glimpses of life in North Korea. In this drawing, the person says, “Hey, you could die. We should eat this grass.” Credit: Choi Seong-guk

Others portray how some defectors made their escape under fire from border guards.

Choi says he hopes his comic series will help change the mindset of South Koreans, who are generally apathetic toward North Korean refugees. 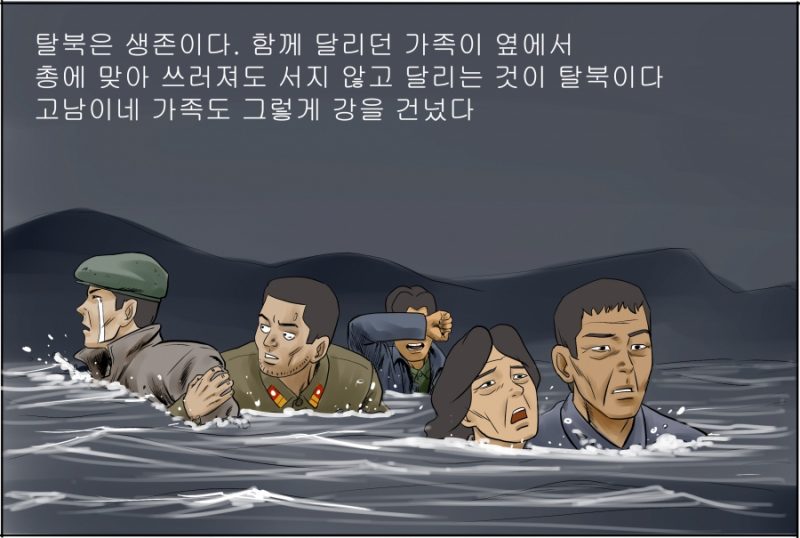 The caption above the drawing reads: “Escaping North Korea is all about survival. Even if one of your family members get shot and falls down, you just have to keep running.” Credit: Choi Seong-guk

“Rodong Shimmun” now receives tens of thousands of views and some readers leave comments saying it’s helped them better understand the cultural differences between North and South Korea. Others write that they feel more empathetic toward defectors.