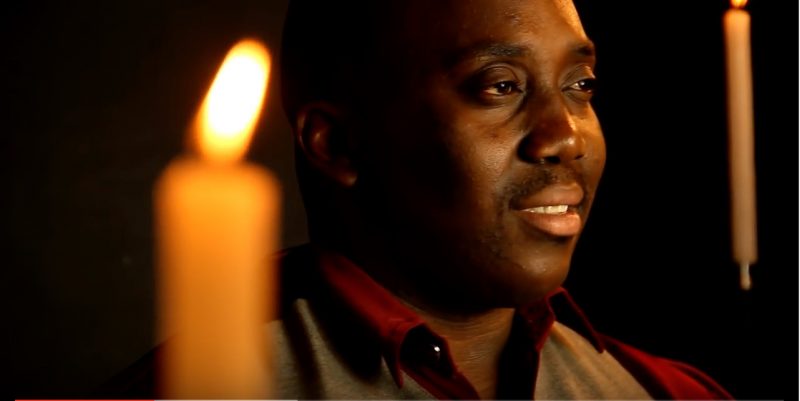 Screenshot taken from a YouTube video of Devon Matthews’ cover of Lionel Richie's “Jesus is Love”.

This is the time of year that Trinidad and Tobago Carnival masquerade bands typically introduce their costume designs for the upcoming season to the thousands of people who participate in what has come to be known as “the greatest show on earth”. The events are usually lavish affairs, with models parading in extravagant costumes and performances by top-level soca music artists.

However, a time to celebrate quickly turned into a time to mourn the sudden passing of Trinidadian soca singer, Devon Matthews, who collapsed after performing at Tribe Carnival‘s band launch. The 36-year-old was rushed to the St. Clair Medical Centre, where he could not be saved.

Tribe Carnival's Facebook page called him “a strong, versatile talent whose star was on the rise”. Matthews had been performing for over a decade and placed third at the 2017 International Soca Monarch Competition with his hit song, “D Journey”, featuring Ella Andall.

Thank You Devon. May you rest in peace our brother. pic.twitter.com/Ubdc9QCH4B

As friends and fans mourned their loss, a self-identified “close friend” of the singer, who preferred to remain anonymous, did an interview with the Trinidad Guardian in which he suggested that diet pills may have contributed to Matthews’ death. At the time of the interview, an autopsy had not yet been performed. By the time the autopsy report revealed that Matthews had died of a heart attack on June 16, 2017, both the interview and the “friend” were already being bashed on social media.

To write an article based on an anonymous friend and suggest that Devon Matthews died from a diet pill , WITHOUT AN AUTOPSY ,,,,I do not comment on the work of media colleagues but this is wrong on several levels , Trinidad Guardian please think about what you achieved with this one

The Guardian Newspaper should apologize to Devon's family […] the reporter & the editor who allowed this ‘speculation’ to make news needs to take an unpaid vacation.
I mean, seriously? […]
Sorry, I maybe [sic] 61 & a little old fashioned, but I find this unacceptable. […]
RIP Devon Matthews.

Cheva Alexa posted this video with the caption “RIP,” on her Facebook page:

Radio host Marc Wood, meanwhile, remembered that “We always ended our all conversations with ‘let's make it happen'”, calling Matthews “a brother, friend and a positive soul who really defines humility, love and persistence in character”.

On Twitter, some used the hashtag #nokilljoy — one of Matthews’ popular sayings — in reactions to his death:

Others were simply stunned:

This one real hurting me… ? RIP Devon Matthews ?

“Always ask Jah for d guidance and protection u need against all evil” everytime Devon Matthews coming off air he used to say dis ? sigh

Even though the online community could hardly believe he was gone, they had faith that Matthews’ musical legacy would live on, with one Twitter user quoting a line from his 2017 Carnival hit:

If the rumors are true, RIP Devon Matthews. The wise words will live, “Even though the road long no matter what come I know I go make it”

Matthews’ funeral is scheduled to take place on Monday July 24, at the Arima Velodrome, a stadium in the singer's home town. The service is to be followed by a private cremation.