“In Spain We Have The Best System To Get Rid Of Racism – Denying It Exists.” 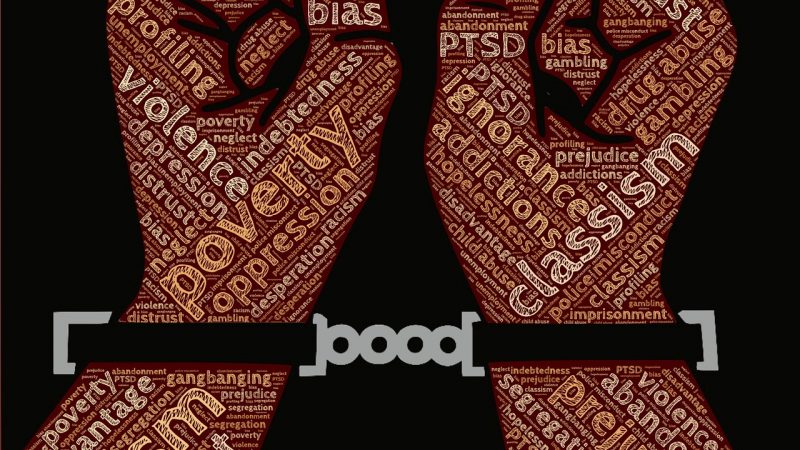 Photograph taken by Pixabay, published under CC0 Licence in the Public Domain.

The following article was originally written by Aitor Gorrotxategi Cortina, a lawyer from Madrid. His analysis was originally published on the Afroféminas website and has been edited and shared by Global Voices with permission from the site's administrators under its publishing protocols.

We've done it. After centuries of fighting against it, there is now no racism in Spain. The cases are anecdotal. Other than a tiny number, the Spanish people are not racist.

We're going to export our method to other countries like the United States (look at them with Donald Trump, the poor things!) or France (the Presidential candidate Marine Le Pen got lots of votes, such Fascists!).

We see films like ‘Mississippi Burning’ or '12 Years A Slave’ and we say to ourselves, those rednecks are such bastards! We see the Ku Klux Klan or the political rallies held by the far-right French political party the National Front, and we see ourselves as different, better.

Because we are not racist. Not at all. We say things like ‘racists are the minority’. They're old people, stuck in their ways, or they're tiny, far-right groups that swarm around some Spanish cities. We see them as Fascists.

Who cares that Nazis and racists have free range on social networks? What does it matter that there are evident discrimination problems in many of our schools, a lack of opportunities and equal access to the same jobs, political persecution, rejection at all levels, huge pockets of poverty, objectification, erasure, etc? Who cares if Spanish sports teams are constantly coming out with racist chants? Or that we have refugee camps where thousands of immigrants are locked up against their will for the crime of seeking a better life, with the approval of the majority of the population? What do the (reported) hundreds of racial aggressions that take place every year matter?

Racism in Spain isn't brutal, it's subtle. It's about a lack of empathy. Normally, the victim is accused of exaggerating, which is very logical in our atmosphere of denying racism. This is very similar to what has happened in the past with other discriminiation. Next comes the feeling of not wanting to integrate.

Integrating in this system means keeping quiet and not interfering.

I recently read a response by ‘Anon’ to a comment on a post on Afroféminas , saying the following about Guillem Balboa, the recently appointed black mayor of a town in Majorca:

In reality, to be strictly literal, Spanish society is not racist. That's not to say that there are no racists in Spain, of course, but as a collective the Spanish do not take part in racism, and there is no racial discrimination in our laws.

The USA had a racist society when black people had to sit at the back of busses, and before that when slavery existed. That was a racist society; by definition, one that encourages discrimination against an ethnic group and persecution against those who live alongside them but don't belong to their ‘race’. A racist society also existed in South Africa during Apartheid.

What you are facing is a stupid society, with a few stereotypical racists and minor racists. People who have prejudices, with good or bad intentions, who have the right to choose and who democratically elect black politicians to positions like the mayor. You don't seem surprised by this; maybe you're assuming that everyone who voted for this man was black, but actually not even 1% of them were. Ah! No, sorry, the ones who voted for him were the cool hippies, that mob, those racists who make life impossible for you and your child who looks white…

His tone is typically condescending. The white man explains to the black woman what racism is, and tells her that she is bitter and suffering from delusions because, of course, she thinks that all white people are bad. This offensive talk is always the same: it's no big deal. You think you can see ghosts all around you, and you're a little ignorant. All together now: Spain is not racist because, look, one of our towns has a black mayor and we've let him live. This is an important thing; the feeling that many of us have that we are doing him a favour, we are good people.

Us white people have a problem. We don't like it when they contradict us. Anything that doesn't cause us to suffer or dominate our lives is unimportant; therefore, racism in Spain is not an important issue.

Moreover, we think that if these little issues have to be solved, who better than ourselves to do it? We can do it. We don't have any idea what it is to be discriminated against for our ethnicity, religion or origin. But who cares? We can be the saviours.

One clear example is the anti-racism policies that institutions carry out. The vast majority of institutions that deal with these issues are directed almost every time to decisions made by white people, who definitely never face racism or exclusion themselves. Imagine a man leading a women's shelter or a gender equality council. There are cases, but they get shouted down nowadays. This should be the case for issues related to racism and immigration, too.

On the other hand, these policies are infantile, if not offensive, to the groups that they are supposed to help. At best, they are ineffective.

While searching for information for my job about the ‘Anti-rumours’ platform in Barcelona, an organisation for preventing racism, I found a photo of some workshops. Was there a single foreigner there? I'll go even further: was there anyone there who wasn't white? No.

This is the ‘white saviour’ complex. Even when we are trying to help, we are talking over others. Even when trying to eradicate something like racial discrimination and xenophobia, we end up practising it. Worse still, we don't realise how damaging these social structures that persist in our world are.

I'm not denying that people have good intentions, but we must listen to those who suffer racism and exclusion. These women and men understand the problem better than anyone, and they must be our leaders in the struggle, the front line. They don't need representatives. They can represent themselves, and they are empowered.

To me, taking up space in this issue that doesn't affect me has been a problem. But I'm not here to talk to the black readers of Afroféminas, but to the people who are on the same rung of the social ladder as me – which exists, whether we like it or not. Origin or skin colour are essential elements in the formation of the different privileges in this ladder.

If you are aware that racism happens but don't deem it important, you are complicit in it. I know it doesn't happen to you, but I'm sure there are other kinds of suffering that don't affect you, don't put up with so calmly; you protest or contribute or do something. So: do something, because, sorry to disappoint you, this is happening in this country, my country, to those who aren't like us.