Is the Legalisation of Marijuana in Trinidad & Tobago an ‘Idea Whose Time Has Come'? 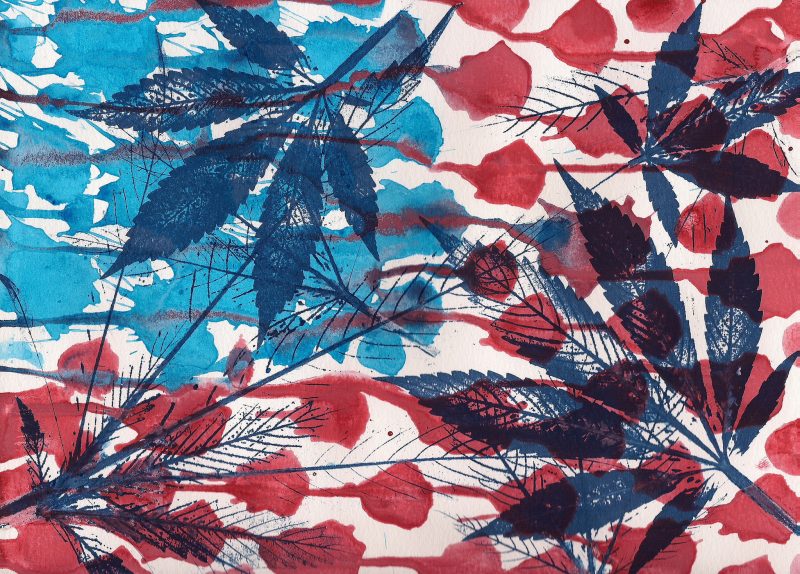 Even as many parts of the world moves towards the decriminalisation of marijuana, Trinidad and Tobago still considers its cultivation and use illegal.

As early as 2014, activists in neighbouring regional territories were agitating for the “freeing up” of the herb. By February 2015, Jamaica became the first Caribbean nation to decriminalise marijuana when its House of Representatives passed a law allowing possession of up to two ounces of cannabis. The new legislation also allows users to grow up to five plants for personal consumption, and guidelines are being established for the cultivation and distribution of both medical marijuana and use of the herb for religious ceremonies.

In a region whose justice systems are plagued with a backlog of minor possession offences, decriminalisation has been a welcome move to many. In Jamaica, not only has use of the herb been decriminalised, it's been largely normalised — there's talk of ganja cooperatives and the potential of pot tourism. In fact, in late 2015, the country's first Rastafari Rootzfest celebrated the emancipation of marijuana, though some insist the development of Jamaica's legal ganja industry isn't happening fast enough.

Trinidad and Tobago's stance on the issue, meanwhile, remains the polar opposite. The official Twitter feed of the Trinidad and Tobago Police Service (TTPS) often posts photos and updates about the quantities of marijuana that are seized and destroyed:

Some netizens feel that the legalisation of ganja would separate its use from the dangerous and violent illegal drug trade and ease the burden on the country's justice system, but the TTPS continues to lump them all together, proudly noting that its 2017 marijuana seizures have increased by 29.7% from the year before.

The other facet of the issue is, of course, medical marijuana. In September 2015, C420, a cannabis law reform NGO in Trinidad and Tobago, threatened to sue the country’s ministry of health, saying that it had neglected to make known that legislation pertaining to the lawful possession of marijuana does exist in the country.

Back in October 2015, writer Nazma Muller, who has been a strong advocate for decriminalisation, wrote a guest post about the issue for Global Voices. In it, she noted that this “updated legislation has also been mysteriously overlooked by the legions of lawyers who earn astronomical fees defending clients charged under the Dangerous Drugs Act. In the 15 years since it was introduced, it has never once been used as a defence in the thousands of marijuana possession cases that have been clogging the country’s judicial system.”

Muller's work as an activist and leader of the Caribbean Collective for Justice, a political party that recently campaigned on a green platform that focused on cannabis legalisation, has convinced her that all the United States’ War on Drugs has managed to accomplish is the incarceration of predominantly “poor, young black men“.

She is not alone; her online petition, which calls for the government to “address the fact that as long as ganja remains illegal, it will always be under the control of criminal gangs”, has been signed by more than 3,000 people, and there is a documentary film about the subject. In a public Facebook post that Muller shared, she noted that a former University of the West Indies lecturer, Dr. Onwubiko Agozino, wrote the country's prime minister and suggested that the legalisation of weed would see a dramatic drop in crime:

The only ones benefiting from keeping marijuana illegal are the drug gangs and they will be forced out of business by legitimate dealers who would be licensed and who would pay taxes on their sales to generate more revenues. Other products could also be manufactured from hemp to help diversify the economy.

The government will also save money from ending unnecessary prosecutions by directing police officers to cease and desist from going after non-violent marijuana users. […]

If the government is afraid of the electoral consequences of legalization, then call a referendum on the policy and let the people decide. Otherwise, encourage a bipartisan bill to be presented in parliament for legalization. Or encourage citizens to sue the government for the deprivation of liberty and let the courts decide. The more courageous move would be for the Honourable Prime Minister to lead the policy change with an immediate directive to the Law Revision Commission to reclassify marijuana as a legal substance.

In a post for the popular satirical sports and politics site Wired868, blogger Jabal Hassanali presented his case for “making the marijuana move”:

With legalisation, academic research into marijuana—its positive medicinal benefits as well as its harmful effects—would be a lot less encumbered and, although we are very late to join the party, I feel sure we would be able to produce innovations and findings that would not only be relevant globally but useful to our own local context as well.

Over time, these findings would feed back into public policy, helping us to chart the best way forward in literally uncharted territory. […]

We cannot allow ourselves to be paralysed by inaction because we are trying to develop the perfect system.

Perfect in this regard is the enemy of good and, no matter how much due diligence we undertake, it must be recognised that there will always be kinks and blind spots in the early stages of the experiment. Still, even the creation of an imperfect legal market can go a long way toward seriously disrupting the black market.

To derive maximum benefit from so doing, we shall have to ensure that we keep the barriers of entry into the industry so that it is made easily accessible to persons from disenfranchised communities.

The post also addressed the “elephant in the room”, which is that the United Nations — despite many of its signatory countries’ movement away from prohibitionist drug policies — continues to criminalise the non-medical or scientific use of cannabis:

Bear in mind that, once the UN does make the necessary adjustment [to at least decriminalise, if not legalise marijuana] the floodgates will open and the rest of the world—including major bandwaggonists Trinidad and Tobago—will all of a sudden see this as a non-issue. So if we take the risk now, where, realistically, in the Western Hemisphere would the diplomatic backlash come from?

Certainly not the USA, who are skidding along on a technicality, state by state, and have lost the moral authority to protest. […]

As a diversification option, this opportunity represents relatively low-hanging fruit that can be plucked in the short-to-medium term if we play our cards right.

We can simultaneously reduce crime and boost tourism and the economy.