This article is from The Irrawaddy, an independent news website in Myanmar, and is republished by Global Voices as part of a content-sharing agreement.

Despite having abolished the decades-long practice of literary censorship in 2012, Myanmar has gone the reverse direction of media freedom, particularly since 2014.

Here is a series of cartoons published by The Irrawaddy over the course of four years— from 2014 to 2017—reflecting the media milestones and hardships experienced in the country. 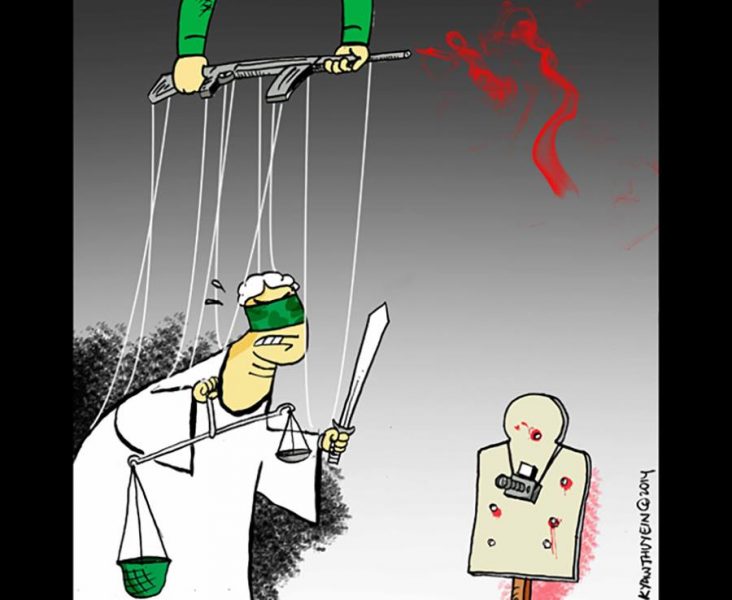 In October 2014, freelance reporter Aung Kyaw Naing, also known as Par Gyi, was killed while in military custody. The Myanmar Army said the journalist was shot dead when he attempted to seize a soldier’s gun and escape detention. Despite his wife’s attempt to get charges filed against the military for the death and alleged torture of her husband, the case was dropped by the police and courts. 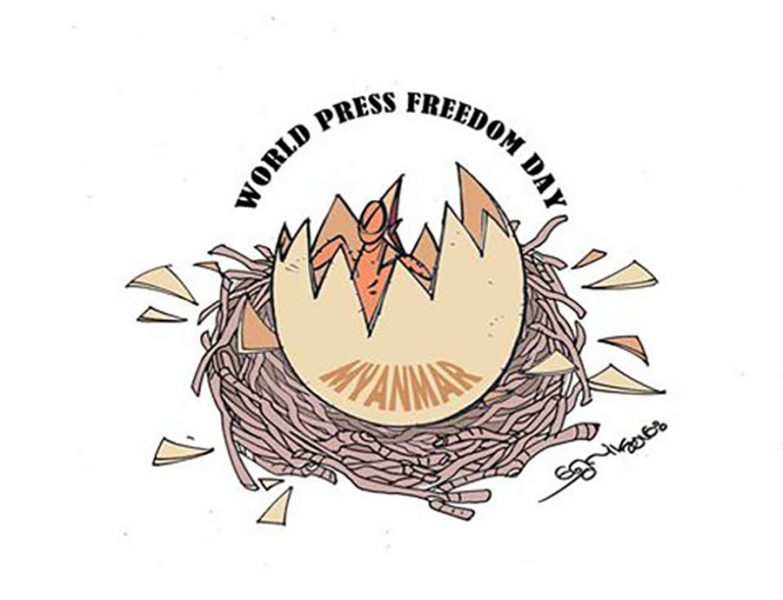 Myanmar ended literary censorship in 2012. Four years later in 2016, press freedom in the country is depicted as still in its infancy.

Enjoy Freedom of the Press 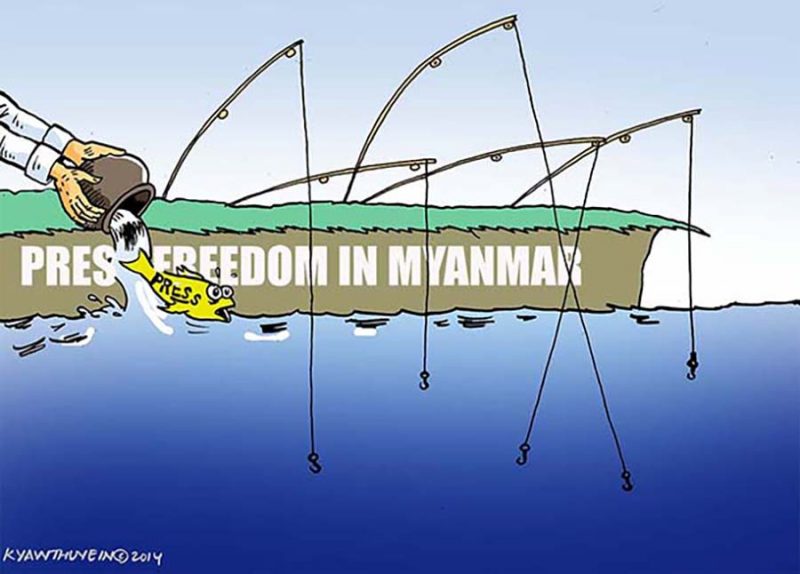 This 2014 cartoon demonstrates the control and lack of support for independent media in Myanmar. 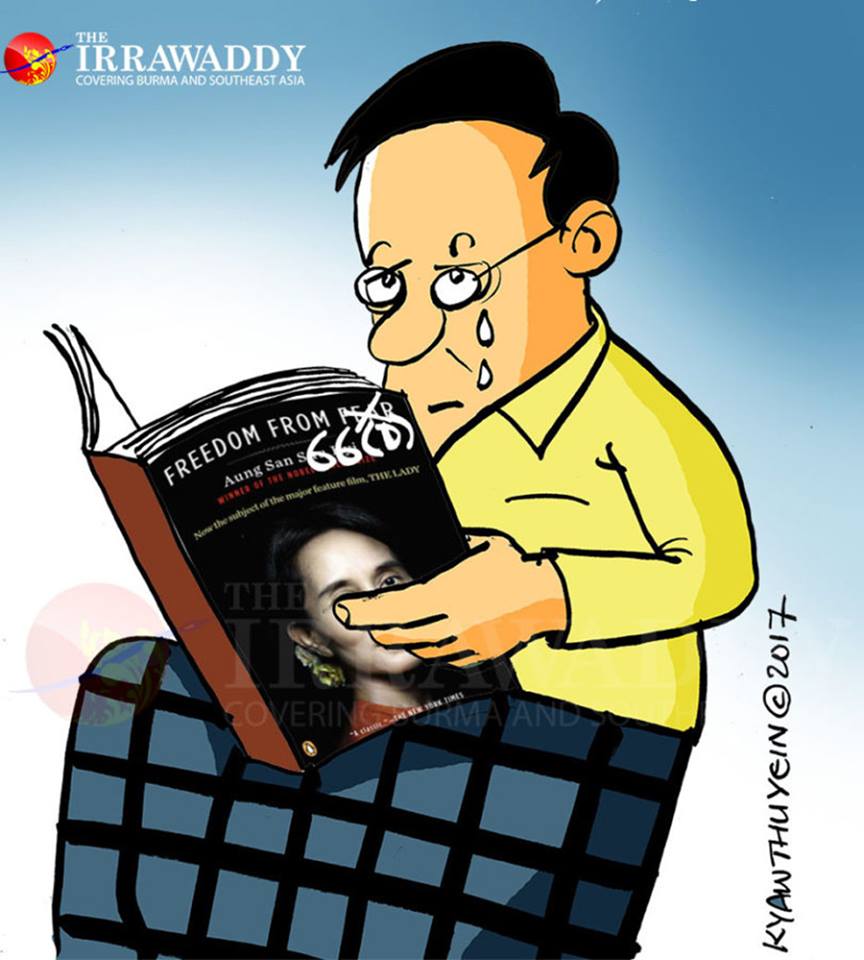 There have nearly 70 cases filed under Article 66(d) of the Telecommunications Law—which is used to prosecute online “defamation” during the term of current governing party National League for Democracy.

The year 2014 saw backsliding in press freedom in Myanmar with authorities placing restrictions on some publications on not to publish “inappropriate news about the government.” Others were threatened that they would be “held responsible for inciting social unrest” with their coverage of violence in Rakhine State. Four journalists and the CEO of Unity Weekly newspaper were detained by the police force’s Special Branch after the newspaper reported the existence of an alleged chemical weapons factory in Pauk, Magwe Division. All are facing prison terms of up to 14 years for “violating state secret laws.”

Ministry of Information Keeps the Media in Its Tentacles 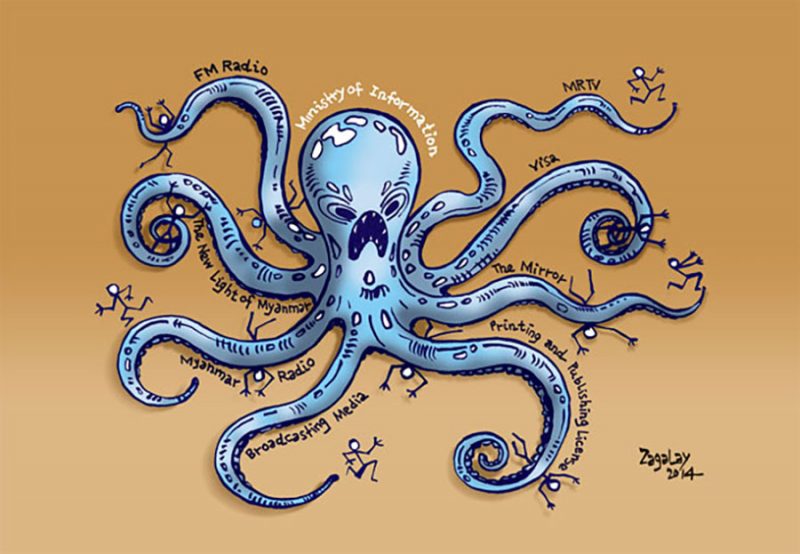 Despite the booming private media outlets in the country, Myanmar’s Ministry of Information takes a lion’s share of control of everything related to the media industry. 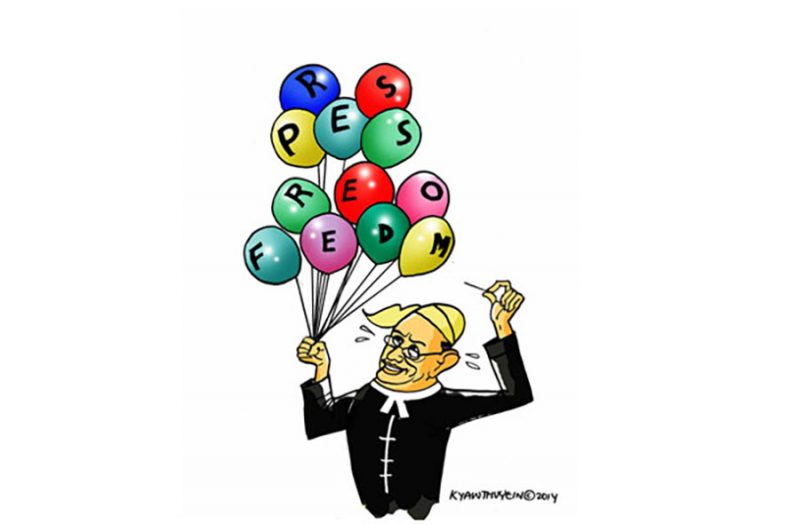 A 2014 cartoon demonstrates the precariousness of press freedom under the quasi-civilian government led by former President U Thein Sein.

Backs to the Crisis 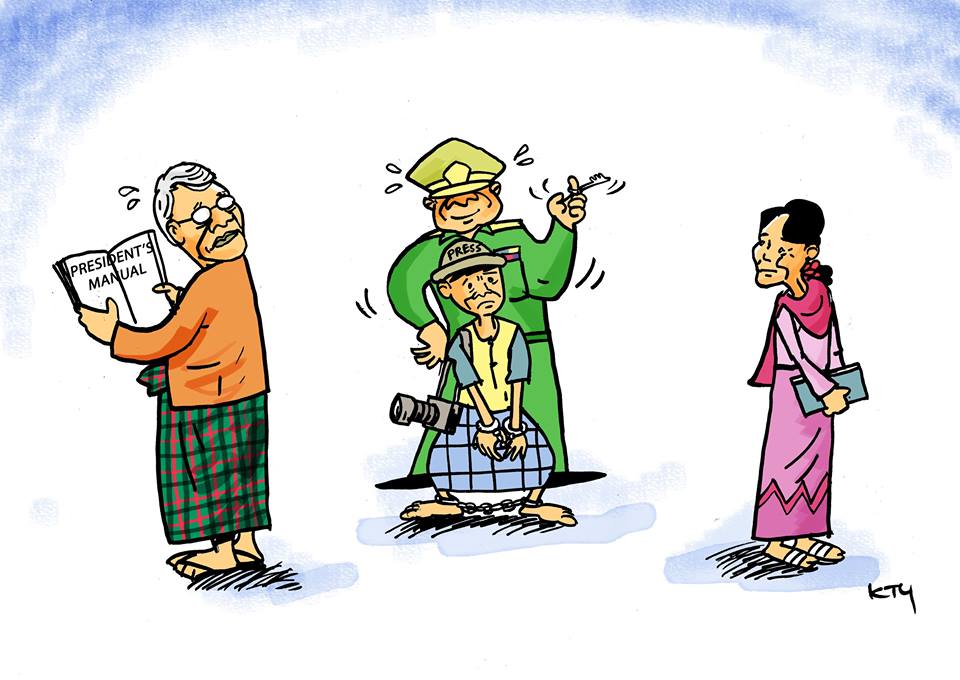 Under Daw Aung San Suu Kyi’s elected government, the Myanmar Army arrested three journalists from independent media outlets, including one from The Irrawaddy, on June 26, accusing them of holding connections with an outlawed ethnic armed group. At the time of publication, they remain in prison.