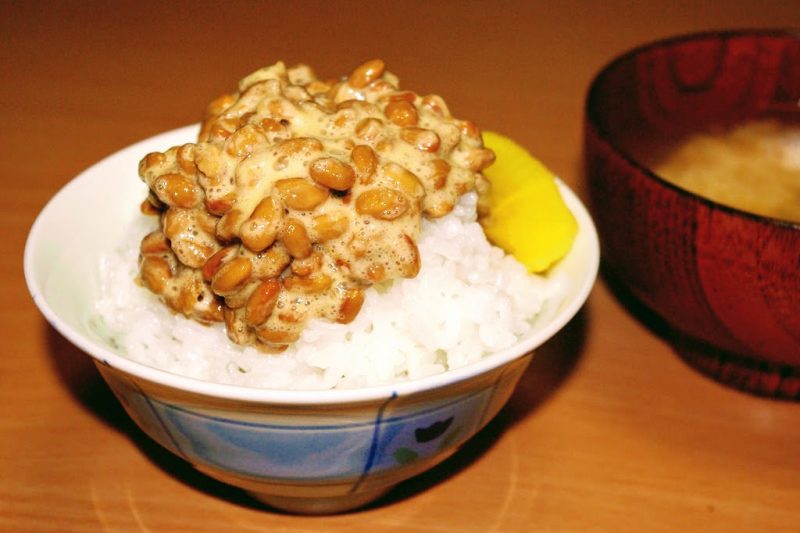 Natto, sometimes described as a kind of “vegetable cheese [2],” is a traditional Japanese dish made with cultured soy beans [3]. And on July 10, Japan celebrated a day devoted to the food [4], with many Twitter users uploading photos using the hashtag #NattoDay [5] (#納豆の日).

Natto is a popular yet polarizing part of Japan's culinary culture. Many people love natto for its “umami [8]” flavor and health benefits, while others are put off by the fermented food's strong odor and stickiness [9].

The food is commonly sold in styrofoam packets, and is mixed with hot mustard and a rice vinegar-based sauce. Many Japanese have their own locally produced brands of natto, such as this packet of natto, sold in the city of Morioka, in the northeastern prefecture of Iwate:

So, July 10 is Natto Day. Apparently when compared to other cities across Japan, in terms of money spent and sheer sales volume every year the city of Morioka climbs of the rankings. We certainly love natto here.

The fermented beans are quickly mixed with chopsticks before eating. A key feature of natto are sticky strands that are sometimes difficult to deal with:

#PanPakaPantsu [12] (a cute anime with an underwear theme)

Natto can be eaten in a variety of ways, with a variety of toppings. A fishing cooperative in Kasumigaura, a seaside town in Ibaraki, just north of Tokyo, has some suggestions about what to eat with natto on Natto Day.

July 10 is #NattoDay. This dried and stewed baitfish goes extraordinarily well with natto. Combining the power of natto with the calcium of fish and beat the summer heat, and keep going in the months ahead. (^_^)/

As for why July 10 has been declared Natto Day, Hana Kotoba, a website devoted to the symbolism of Japanese words, explains:

The saying associated with ‘daizu’ (大豆, the beans used to make natto) is “luck will always come.”

This article has been updated to reflect that natto is made from cultured soy beans, and is not fermented.