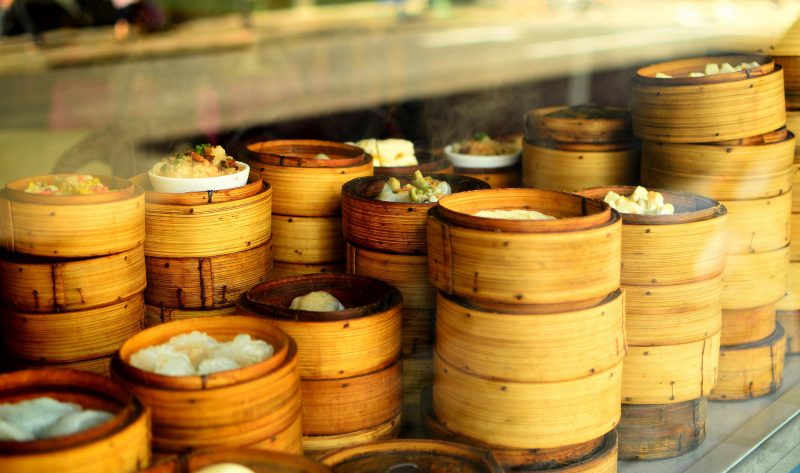 This post was originally published on July 7, 2017 in Chinese on citizen media outlet inmediahk.net.

A popular Hong Kong-based dim sum Restaurant, Tin Ho Wan, decided to shut down its business in Malaysia on July 4 after entering the Malaysian market three years ago. When explaining the decision to Hong Kong media outlets, the founder of the Michelin-starred restaurant, Mak Gui Pui, said the business failed because of cultural differences — the majority of the population in Malaysia is Muslim and don’t eat pork, while pork is the main ingredient in dim sum dishes like BBQ pork bun and shao mai (steamed pork dumpling).

It was for this reason, he said, that the restaurant did not have enough customers and suffered from heavy losses. He also compared running a Chinese restaurant in Malaysia to “operating a sauna business in a remote desert.”

The news triggered some discussion among Malaysian Chinese. Many have argued that it is irresponsible for Mak Gui Pui to blame Muslim culture for his business failure.

A: According to media reports and further clarification from Mr. Mak, the main reason behind the shutter is the heavy loss of approximately 896,000 Malaysian Ringgit (288,000 US dollars), from which they could not recover in a short period of time. The real issue is related to business strategy — if Mr. Mak has conducted market research, he should have known there are a huge number of dim sum restaurants in Malaysia. You can found BBQ pork bun everywhere at food stands. The selling point of “steam upon order” is not appealing in Malaysia as the food culture is so diverse and dishes are always freshly cooked. The Michelin star attracted some people to line up, but it won’t be people’s primary choice in their everyday lives.

Moreover, the two Tin Ho Wan restaurants were located in Kuala Lumpur and Selangor’s shopping malls. While the influx of customers is huge and there had been very long queues outside the restaurants in the beginning, the expensive rent must have raised operation costs. According to reactions from Malaysian netizens on Facebook, the price of Tin Ho Wan is too high, the quality of food is so and so, service is poor and the flavors of the dishes were not localized. These are more likely the main reasons for its failure. Actually, in the shopping mall home to Tin Ho Wan’s branch, there is another dim sum restaurant competitor. It has a large number of customers and they also sell dim sum with pork. How come it has not been suffered from a lack of customers because of Muslim pork-less food culture?

Q: Is the Chinese population too small in Malaysia for Chinese restaurant operators to survive in the market?

A: According to the 2016 census, there are about 6.65 million Chinese in Malaysia, which is equal to 23.4 percent of the national population. Mr. Mak’s claim that only 10 percent of the total population is Chinese is wrong. Of course, not all Chinese eat pork, but at the same time, not all non-Chinese are non-pork-eating Muslims.

Those who have a basic understanding of Malaysia would have known that Malaysia has been greatly influenced by Hong Kong movie and TV culture, they embrace the food culture and would not reject it. At the same time, Hong Kong's entertainment industry has depended on the overseas Chinese market, and the entertainment sector has also invested in food businesses in Malaysia. There is nothing new about the sector.

The 6.65 million Chinese population is equal to 90 percent of Hong Kong's population, so it can support the Chinese restaurant business. The core issue is that a sustainable business should not be dependent on reputation only.

Q: Why is the Malaysian Chinese community so upset about this news?

A: The news has triggered a huge number of criticisms from netizens because they found Mr. Mak’s explanation to be off the mark.

Tin Ho Wan use of cultural differences as an explanation is an attempt to paint a picture of a cultural minority versus the Malaysian Muslim majority. At the same time, there is a sense of cultural superiority in the presentation.

The majority of overseas investment in Malaysia just wants a share in the Chinese market but has not done enough research into the country’s diverse cultures. They impose their own culture onto the community, which has resulted in a sense of cultural superiority and hence a failure in business. It is regretful that the business blames its failure on local customers’ preferences.

It is more genuine and convincing to say that [Tin Ho Wan's] BBQ pork bun failed to cater to customers’ tastes than to say that Malaysians cannot eat BBQ pork bun [because of Muslim culture].

The reaction is also due to the fact that Malaysian Chinese really love pork. Have you heard of Bak Kut Teh and Glass BBQ pork? Though Malaysia has religious conflicts, it has nothing to do with the closure of Tin Ho Wan. I would say, please do not project your stereotypes onto the imaginary other and do more homework for your business strategy.