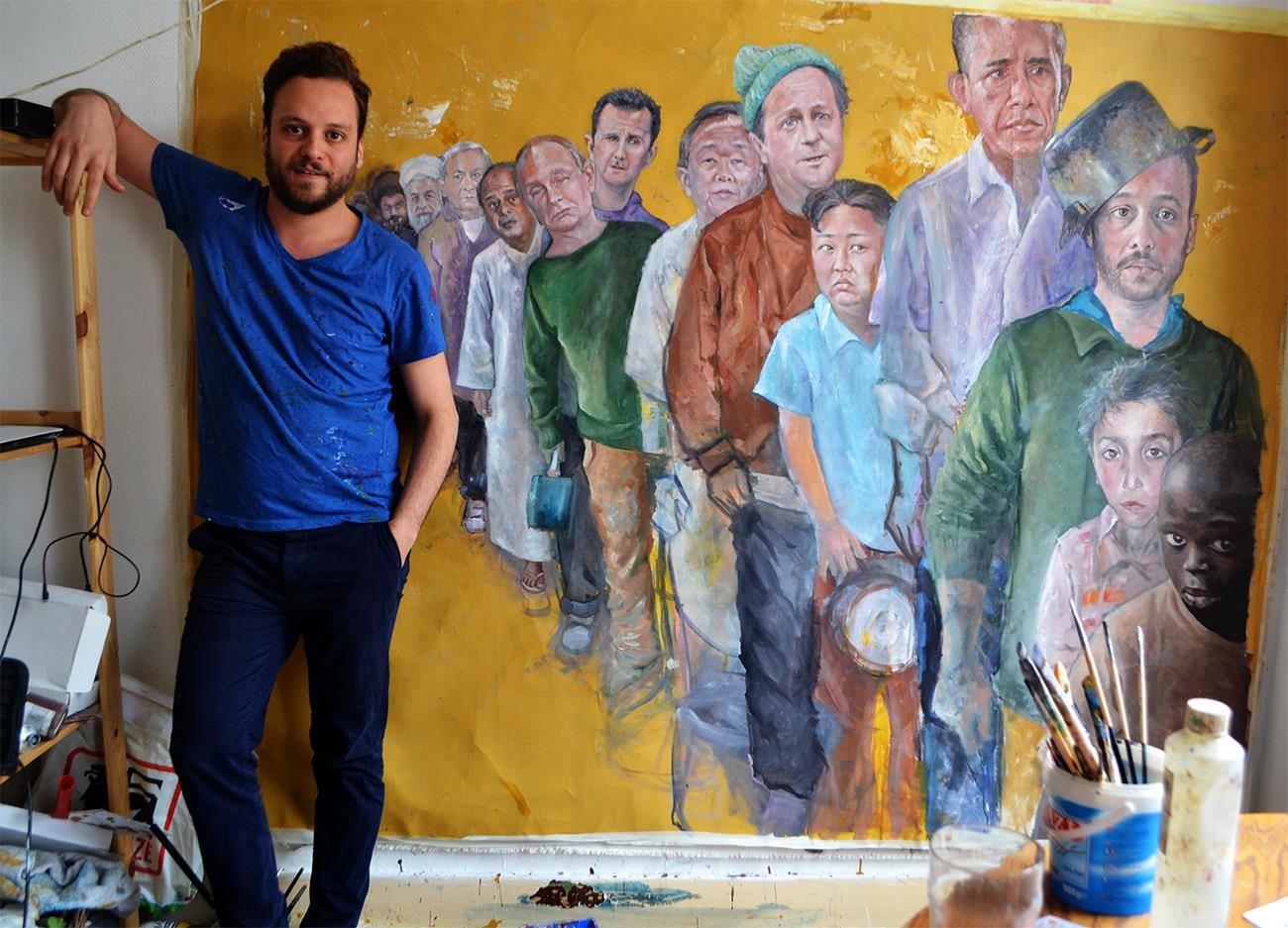 With the image of the “vulnerable” refugee dominating media coverage, Syrian painter Abdalla Al Omari wished to flip the script and show the world how powerful politicians would look like if they weren't so lucky.

He initially launched the series in Brussels, Belgium, in 2016 where he was granted asylum and re-launched it in Dubai, where it ended on July 6, 2017.

“Angela
Oil and acrylic on canvas
200x150cm
The Vulnerability Series
On display till 08/03/2017 at @CcStrombeek,Belgium
(c)Abdalla Omari pic.twitter.com/kMsiF2MgAC

Omari explained his motivations for the series:

Although I knew little about the internal world of those leaders, the countless, intimate hours I spent with them have taught me more than I could imagine. Just as easily as everything worth defending can become defenseless, moments of absolute powerlessness can give you superpowers.

The idea was to break their image of strength. He detailed on his blog how this made him pity even Syria's embattled President Bashar Assad, whose forces are regularly accused of war crimes and crimes against humanity:

Even I felt sorry for (my version of) Assad. In this universe without gravity, all we can hold on to is our vulnerability. This invisible wind makes our chest heavy, yet, mysteriously propels us back on our feet again. I have convinced myself it is the strongest weapon humankind possesses, way more powerful than the trail of power games, bomb craters and bullet holes in our collective memories. Vulnerability is a gift we should all celebrate.

In an interview with Belgium's De Afspraak, Omari said the “strange feeling of empathy” extended to other politicians:

Everyday I was waking up with them and on my walls.. And there was a moment I had this strange feeling of empathy towards them after seeing them for so long. And this vulnerable state, looking at you, having eye contact with you all the time, telling you that ‘we are vulnerable’, we are weak, even them, I had this feeling of ‘wow, I could even empathize with them’.

His widely-shared image of Trump as a refugee was inspired by the story of Palestinian-Syrian refugee Abdul Halim Attar.

Attar, originally from Yarmouk camp in Damascus, and one of over a million Syrian refugees who have fled to Lebanon, received considerable media coverage after he was seen selling pens in Beirut while carrying his daughter. The girl Trump is carrying is wearing the same clothes as Attar's daughter. 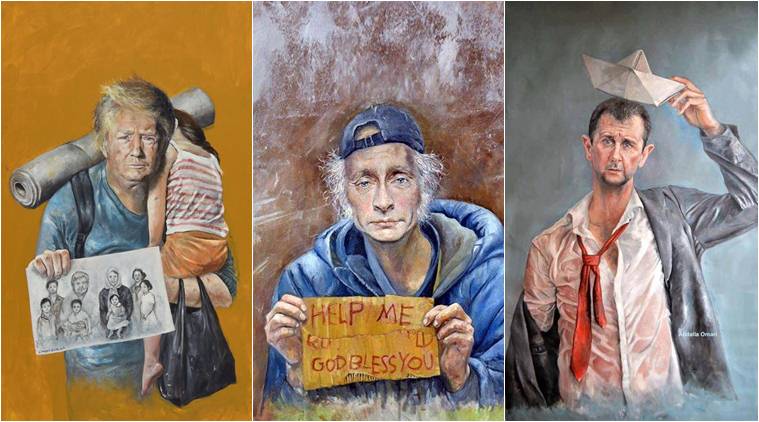 He also reproduced the infamous photo of residents of Yarmouk queuing for food in 2014:

Omari's work has garnered a lot of online attention. One video by AJ+ got over 12 million views. In it, he says that “those leaders were partly responsible for the displacement of Syrians. Maybe they will feel what it feels like to be vulnerable.”

Mary Scully, once an independent socialist candidate for the US presidency, suggested taking the imaginary portrayal of world leaders a step further:

There is another preferable way to portray them: in prison uniforms after they've been prosecuted for crimes against humanity.