Saying Goodbye to Anton Nossik, Godfather of the Russian Internet 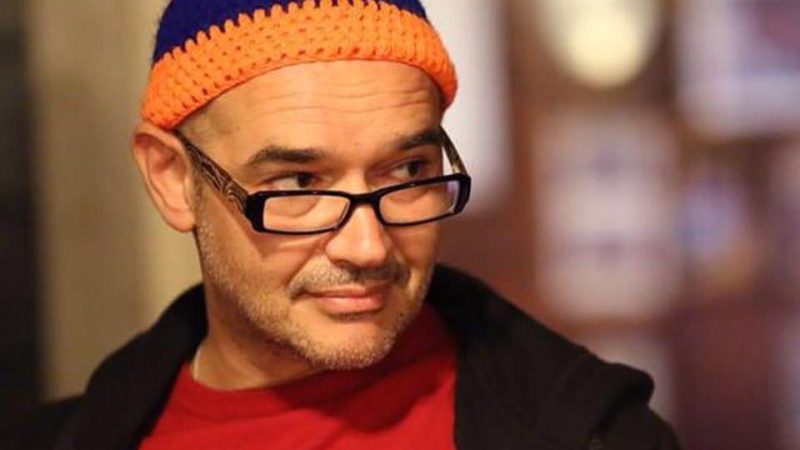 Anton Nossik, a founding father of the Russian Internet, successful media entrepreneur, and popular blogger, died of a heart attack on July 9 while staying at a friend's summer house outside Moscow. He was 51 years old.

Often referred to as the “Godfather of the Russian Internet,” Nossik founded or led influential news websites Lenta.ru, Gazeta.ru, Vesti.ru, and NTV.ru (now NewsRu.com), and helped popularize blogging in Russia.

Nossik, who described himself as the “planet's first Russian blogger,” helped sound the alarm as the Putin regime began to crack down on the RuNet after allowing the Internet to operate relatively freely during the first 13 years of his tenure.

He was a tireless advocate for free speech in Russia, sometimes getting himself in trouble for his own firebrand politics: Last year, Nossik was fined 500,000 rubles, or $8,000 for calling for Syria to be “wiped from the face of the earth.”

In the hours since his death, Russian bloggers, journalists, and media personalities have shared their memories of Nossik, whom they remember as a dogged worker who built the RuNet from the ground up, helping turn it into, in his own words, “Russia’s only territory of unlimited free speech.”

Pavel Durov, the founder of VKontakte and Telegram, wrote in a post on VKontakte on Sunday that Nossik had “until his last days, stood in defense of the Internet and common sense in his precise and vivid posts on LiveJournal,” where Nossik blogged. He continued:

Anton will not be forgotten. He was one of those rare people who thought clearly, expressed himself clearly, and willingly shared his knowledge and remained an optimist. He always supported me and many friends, but we regularly forgot to support him in return.

Unfortunately, we can't give back that warmth that Anton gave to us. But we can remember him by defending the principles he defended and by following his example—by supporting friends, sharing knowledge, and maintaining optimism and sanity.

Galina Timchenko, the executive editor of the news website Meduza and a former colleague of Nossik's, remembered her friend's remarkable work ethic:

Working 18-20-hour days, sleeping at your keyboard, eating on the run, and again work, work, work. It was impossible to keep up with you. You made demands, you bombarded the newsroom with messages, you shouted and laid into people, you chewed people out and put your foot down, you reigned over us and remade us. You found the time to do ten times more than we, your staff, ever did. You never stopped.

Opposition leader Alexei Navalny, in a post on his LiveJournal page, remembered being asked by a journalist in 2010 who he considered to be the most important mentors in his life and, after thinking it over, including Nossik on his short list.

I can't say that I was friendly with him back then, but I was always thinking, “I need to discuss this with Nossik” whenever I thought about something related to the Internet, IT, media, journalists, blogs, cooperating with people online, etc.

Then we really became friends. For me and Yulia [Navalny's wife]—Nossik became part of our family. He had an absolutely decisive influence on my opinions and practices related to the Internet and journalism. I'm sure that many others can say the same…Today many are writing that “[Anton's death] is a big loss for us.” And it is for our family too.

Prime Minister Dmitry Medvedev also shared his condolences, writing on Facebook that Nossik was a “real professional, a pioneer of the Russian Internet, a bright and talented person. His name was associated with the creation of notable Internet resources and projects that are popular with people of different generations and persuasions. He accomplished much. Blessed be his memory.”

RuNet Echo would like to join the chorus of goodbyes and thank Anton for all his contributions to the RuNet. You will be missed, Anton. Rest easy.