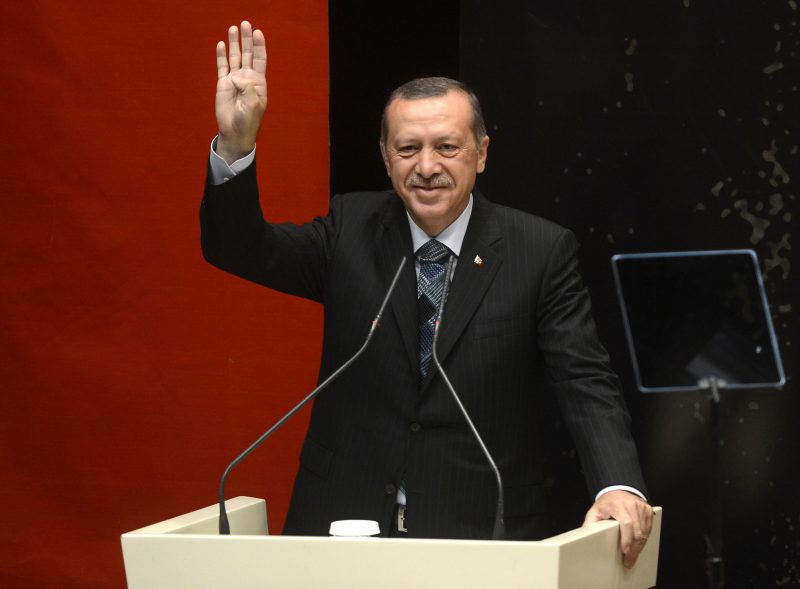 While the earlier education reforms of Turkey's socially conservative AKP (Justice and Development Party) pointed towards inclusiveness, the current ones have a far more troubling direction.

Not content with removing around 45,000 education ministry staff from the government payroll following an abortive coup in July last year, Turkey's ruling party is now looking to take down Darwin.

Last month the government announced that the theory of evolution would be removed from the teaching curriculum at Turkish schools until students reach university.

The announcement adds to evidence cited by concerned secularists who suggest Turkey's education system is being remodelled in line with President Erdogan's bid to raise “pious generations” and forge a “New Turkey”.

Efforts to rejig the country's teaching curriculum along more religious lines are not new, dating back at least as February 2012.

What has changed since is President Erdogan's seemingly unassailable position in post-coup attempt and post-referendum Turkey.

Despite its shrunken majority and the ever-increasing polarization of the Turkish electorate — or perhaps because of these things — AKP is pushing its policy agenda more aggressively than ever before.

Along with the ban on evolution in the classroom, the AKP educational reforms will see the government's narrative on the 2016 coup attempt embedded in school syllabi, while class time dedicated to modern Turkey's secular founder Kemal Attaturk will be reduced.

Forced enrolment of some school-age students into controversial religious imam-hatip state schools is another feature of the new education agenda.

The AKP government won praise from both liberals and conservatives for managing to reverse the country's repressive ban on headscarfs in universities back in 2010. The move allowed women from observant Muslim families to receive further education.

But the imam-hatip schools have faced criticism for discouraging girls from doing that very thing. Secularists see the schools growing role in Turkey's education system as yet another sign that AKP is trying to recast the country in its own traditionalist image.

According to the head of curriculum for the Turkish education ministry, teaching evolution in schools is “controversial”, but opponents of the ban were quick to side with science.

They are removing evolution theory class. I am not wondering what they are going to teach our children.

There won't be any classes on evolution. But there are classes on Sharia criminal law and religion. This is the meaning of ‘New Turkey’.

Biology class, first class, first slide: evolution is real, and cannot be argued against. I have remembered this for 29 years. The teacher was right.

The international response has also been critical:

Currently the evolution ban only applies to schools, but many fear that universities are being targeted for a serious government-led overhaul, too. Thousands of academics were dismissed from their jobs following the military coup, while out of 180 universities currently operating in Turkey, 15 were shut down.