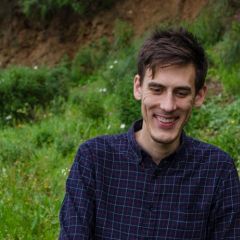 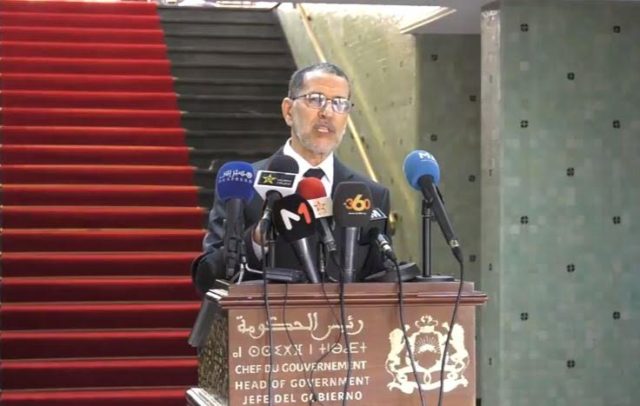 Screenshot of video ‘El Othmani Appeals to People of The Rif for Calm,’ uploaded on 28 June, 2011 by YouTube user akhbar feakhbar. Source: YouTube.

Clashes erupted after security forces attempted to prevent a demonstration demanding the release of detained activists from Hirak, a popular protest movement centered in the Hoceima region.

Protests in Hoceima have persisted since Mouhcine Fikri, a fishmonger, was crushed to death by a garbage truck compactor in October 2016.

The event sparked a campaign against local authorities and police over authorities’ alleged corruption and abuses of power, but grew steadily into a grassroots movement that encompassed grievances including the economic and social marginalization of the country's mountainous Rif region.

Police fired tear gas and used batons against protesters and were seen throwing punches as they tried to disperse the crowds. Initial reports on Monday evening suggested that as many as 132 people were also arrested, however, there is disagreement over the exact figure.

El Othmani’s statement to Moroccan media was his first since Monday evening’s clashes occurred. He added that Moroccan King Mohammed VI has devised a course of action that addresses the economic and social demands of the protesters, but stressed the need to “provide an atmosphere of calm in order to work on the ground and persuade investors to operate in the region.”

In the Arabic-language newspaper ‘Hespress’, Moroccan political scientist Bilal Allada criticized the prime minister's desire for a truce as inadequate, and condemned him for failing to address the issue of political prisoners.

It is unclear if the prime minister’s words will impact the popular movement, which has so far refused to send representatives to meet with elected party officials and government ministers for discussions.

How much of a difference will #morocco PM words make? None most likely. His own party members know he's not getting to the bottom of problem

Many protesters insist that only a royal intervention from King Mohamed VI can ease the worsening crisis, but the royal palace has yet to engage directly.

Over the weekend, Mohamed VI expressed “displeasure, dismay, and concern” in delays to economic development projects scheduled for the Hoceima. He summoned an investigation into the lack of progress following a government council meeting with high-ranking ministers.

However, as the number of arrests in Hoceima continues to grow, the release of detainees emerged as a key demand of Hirak.

Demonstrations have become more frequent since authorities arrested Mohamed Zefzafi, an activist and prominent Hirak organiser, on May 29. Supporters of Zefzafi are appealing for his release along with around 100 other activists.

El Othmani did not comment on the possible release of detainees, though he did address allegations made by activists and journalists who claimed to have been tortured while in custody, expressing confidence in Morocco’s judiciary system to carry out investigations into all claims and provide due process.

Meanwhile, the Facebook page ‘Rif Original’ announced in a post to more than 200,000 followers that the heads of five local councils in the region resigned in protest against the conduct of state security forces.”