Is It the 20th Anniversary of Unification With China…or the Fall of Hong Kong? 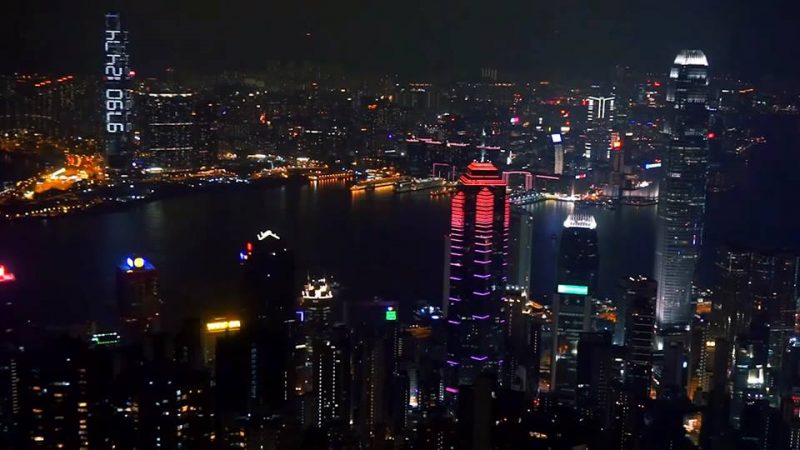 Saturday, July 1 marks the 20th anniversary of the handover of Hong Kong from the United Kingdom to China.

Officially, it is a day for the celebration of the end of colonial rule and the unification with the motherland, and that message is reflected in the city’s ceremony decorations and theme songs.

However, many see the day as signifying the fall of Hong Kong to the influence of authoritarian China. It is clear that many Hong Kongers are unhappy for several reasons.

The political dispute over who has the right to vote for the city's top leader (currently, only a select committee of voters are allowed to choose) has not been resolved. Beijing wants to control the nomination of candidates, and only afterward allow the people to vote; the significant number of Hong Kong people, however, want a say in the election from start to finish.

The massive pro-democracy protests dubbed the Umbrella Movement, which took over Hong Kong's downtown for three months at the end of 2014, failed to change Beijing's policy on Hong Kong. Then, the case of five booksellers who went missing in Thailand, China and Hong Kong in 2015, then showed up in the custody of mainland authorities to “assist the investigation of the selling of illegal publication” has further fueled fears that the city's autonomy — enshrined in Hong Kong's Basic Law — is under threat.

With Beijing trying to assert its ideological influence over Hong Kong, culture and education have become fraught. Hong Kong's pro-Beijing and pro-democracy political camps have waged battles over the choice between Putonghua (also known as Standard Mandarin, the official language of the People's Republic of China) or Cantonese (the language spoke by the majority in Hong Kong) as a as the language of instruction, and issues surrounding school curriculums and examination systems.

And as capital from China has rushed into the financial centre of Hong Kong, property prices have skyrocketed and income disparity continues to widen. Instead of trying to fix the situation with taxation and social reform, the government continues to push development as a means to solve the economic stress. The exploitation of green spaces and country parks for development has stirred another round of debate.

Ahead of the handover commemoration day, activists expressed their frustration by covering the city’s iconic Golden Bauhinia with a huge black cloth and staging a sit-in protest at Bauhinia Square where the July 1 ceremony will take place.

Of course, Chinese President Xi Jinping, who is visiting Hong Kong for three days between June 29 and July 1 for the ceremony and the inauguration of the newly selected city Chief Executive Carrie Lam, did not see the activists’ symbolic action — the 26 protesters were quickly removed from Bauhinia Square and the whole district has been sealed off with huge barricades.

According reports from local media outlets, at least 9,000 police officers will be deployed during the celebrations. In addition to security preparations, they were instructed by their superiors to “prevent leaders from being embarrassed”, which means sensitive political slogans should be kept out of President Xi’s eyesight.

Even the annual July 1 rally organized by the Civil Human Right Front, a pan-democratic alliance, has been sidelined as the rally’s gathering and starting spot at Victoria Park has been reserved by pro-Beijing group for the Long March 1 Rocket exhibition.

And activists on a watch list have been followed by plainclothes officers and searched on the street. Thus far at least one activist has been arrested for possessing a box cutter, among other tools.

Alternative celebrations on social media and beyond

Despite political harassment, activists have still found ways to voice their frustration with their mini acts of resistance in Hong Kong. A graffiti with the Chinese words “the 20th anniversary of the fall of Hong Kong” was sprayed onto some Mongkok street signs and July 1 celebration banners. Police officers immediately arrested three men for spray painting public property.

As the public space have been occupied by official ceremony decorations, banners and police, social media has become a space for alternative commemorations of the 20th anniversary.

Parallel to the fireworks display — worth US$1.5 million — at 8 p.m. on July 1, a group of artists have planned to livecast a “No Fireworks at Victoria Harbour” event between 7:45 and 8:45 p.m. Below is their message on Facebook:

What should the Victoria Harbour look like on the night of July 1, 2017? We believe that it should reflect the city’s sentiment — calm, quiet and should not have any fireworks. We invite you to see a parallel world of a Victoria Harbour without fireworks, while in the real world, the skyline of Victoria Harbour is full of fireworks.

Some of the artists involved in this alternative commemoration on July 1 have also been part of the 2047 countdown machine art installation last year (see image at the top of this story). In the Sino-British Joint Declaration, Beijing promised that the “One Country, Two Systems” set-up, which gives Hong Kong its autonomy, would remain unchanged for 50 years, and the controversial installation featured a countdown to that date: July 1, 2047.

Satires of official propaganda have continued to pop up on social media too. @badiucao, a prominent political cartoonist, has drawn several illustrations on the 20th anniversary of “the fall of Hong Kong”. Below is one of his works:

#Badiucao Cartoon: Welcome to the 20th anniversary of the fall of Hong Kong. Numerous water barricades, political repression. Xi has arrived in Hong Kong today, how should Hong Kongers welcome him?

One of the theme songs of the 20th anniversary released by Chinese government-owned news agency Xinhua has been spoofed by netizens for its chorus. The song, which speaks of Hong Kong's flag, which goes:

I love the Bauhinia [Hong Kong's city flower] paired with red under [background color];
Its spirit will guide our heart,
The beautiful Bauhinia has five stars as its stamens which will last forever,
It will become the brightest star in the galaxy.

The expression of “red under” in Cantonese means “red underwear” or public figures who are underground members of the Chinese Communist Party in Hong Kong. And hence comes this spoof:

A friend's interpretation of a lyric from the #OneCountryTwoSystems rap: “I love the bauhinia paired up with the red ‘under'”#紅色的底#HKSAR20 pic.twitter.com/zQ1R3xYxpE