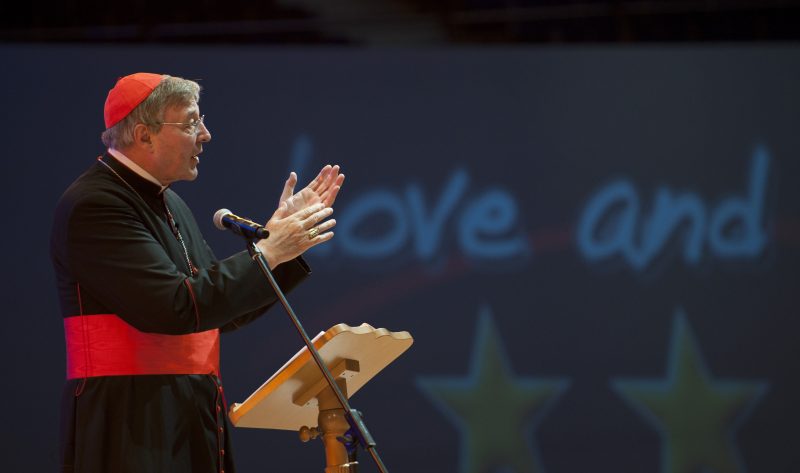 Australia's Cardinal George Pell has been charged by police with multiple sexual assault offences [2] apparently dating back as far as the 1970s. He is currently prefect of the Secretariat for the Economy at the Vatican and supposedly third in the Church hierarchy. He is a close advisor of Pope Francis.

Global online reactions were swift. Cathy M Helsley, who is from the US state of Ohio and identifies herself as a “child of God”, tweeted:

Hilly is clearly no fan of Pell:

Peter Chambers, a “conservative to the core”, defended the cardinal:

Cardinal George Pell no chance of a fair trial as Catholic hate machine in action. Let due process prevail if guilty then harsh punishment

In February 2016, Pell gave evidence [9] to the Australia's Royal Commission into Institutional Responses to Child Sexual Abuse via video link from Rome. He was questioned about his knowledge of and response to allegations of child sex abuse within the Church. He had claimed that ill-health [10] prevented him from flying home.

Given that context, the latest news brought out some cynics:

According to a police spokesperson [13], the charges are based on multiple complainants. There has been a long history of allegations [14] of child abuse against Pell. The case will open in the Melbourne Magistrates’ Court on July 18. The details of the charges are not yet public.