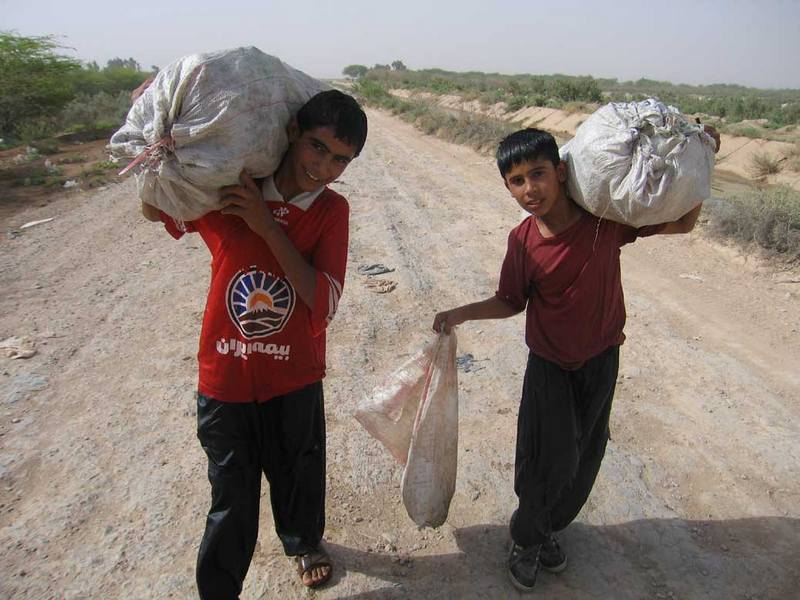 A comparison of recent events in the Middle East with popular revolutions that occurred in Eastern Europe in 1989-1990 reveals a variety of illuminating parallels. The fall of oppressive regimes in Poland, East Germany, Hungary, Czechoslovakia, Romania, Bulgaria, and Albania [2] were all resolved within two years of each country’s respective uprising, and in most cases the primary focus of revolution was to overthrow oppressive ruling systems and replace them with something more unifying. The Tunisian, Egyptian, and Libyan revolutions had similar aims, and also overthrew their respective regimes within months.

The other side of the coin was Yugoslavia, which—like in Yemen and Syria and Iraq—devolved into war, with large-scale loss of life, the devastation of country infrastructure and a humanitarian crisis that reverberated globally.

At the time, Yugoslavia had the lowest levels of national unity among Eastern European countries, and the uprising sought not only to dismantle the ruling system, but also to eliminate it. Unlike Yemen, Syria and Iraq, however, the former Yugoslavia had a political system which officially recognized multiple national identities and granted them political autonomy in different parts of the country.

Some groups claim there was a western conspiracy to break up Yugoslavia [3] and others blame the mismanagement of political elite. Regardless of the cause of the crisis, Yugoslav leaders had a historic opportunity to use the fact of the country’s stability over 70 years to strengthen unity between the various ethnic groups. Instead, the ruling Serbs sought to intensify Serbian industrial and economic superiority in order to monopolize political and military power. Serbian intellectuals and politicians avidly promoted Serbian superiority, fueling national chauvinism and hatred towards Bosnian Muslims, Albanians, and Croats. Demands from dissenting groups were met with bloody crackdowns. Even the large portion of the Serbian political elite that opposed the ruling Socialist Party stood with the regime at this time. The result was a civil war.

Iran, much like Yugoslavia, is a large country composed of many disparate nations [4]. When the Islamic revolution took place in Iran in February 1979, there was only one minority group in conflict with the Islamic Republic and opposed to the revolution—the Kurdish minority. Today, according to [5] the reformist neo-liberal Iranian academic Sadegh Zibakalam, there are several others, including Turkish Azerbaijanis, Sunni Muslims, Baluchis and Ahwazi Arabs. Zibakalam has advocated for the Islamic Republic to hold firm, as “if this regime is toppled, it is not obvious that a country of Iran as we know it will remain. Wrong methods we adopted led to all of [these people] getting away from us.”

The current situation in Iran strongly resembles non-Serbian ethnic groups’ struggle for representation in Serbian-ruled Yugoslavia. While the Iranian Constitution officially guarantees freedom of cultural expression and linguistic diversity, ethnic diversity is one of the topics the regime has found it most problematic to address [6], despite the fact that ethnic minorities make up 50% of the Iranian population.

The Persian elite and intelligentsia have also adopted oppressive social practices that seek to undermine the autonomy, representation, and humanity of ethnic minorities, possibly out of fear that acknowledging the rights of ethnic minorities challenges Persian dominance and could possibly lead to the collapse of the regime.

The Iranian myth of a unified Persian identity results directly from over 100 years of ultra-nationalist supremacist ideology [7] that has staunchly resisted any sort of critical analysis. In Iran, Persians are indoctrinated from birth to believe they are racially superior, an idea supported not only by their communities and families, but also all types of media. The majority of Persians are unfamiliar with, and even hostile towards, problems faced by minorities in Iran, and Persian-speaking intellectuals have failed to promote a culture of tolerance and respect. [8] Minorities are unrepresented in important sectors such as media and education, and in the media they are portrayed as less intelligent, more violent, and therefore less worthy of enjoying equal rights to Persians.

It is not uncommon when addressing Ahwazi Arabs, for instance—my own ethnic group—for Persians to express racist sentiments [9] such as “You are not real Arabs! You are Arabized due to proximity with Arab countries, but you are really only Arab speakers [10].” Or “If you wish to express your Arabism or defend what you dub an ‘Arab identity’, get out of here. Go to Saudi Arabia!” Such sentiments deny the whole existence and history of Ahwazi Arabs in their homeland of Iran. Anti-Arabism ingrained in workplace attitudes, printed in newspapers, promoted on the television, spoken about unabashedly by regime officials, and touted by intellectuals [11], and a key factor in maintaining the facade of Iran/Persian nationalism. Ahwazi Arabs activists are commonly accused of secession and being threats to national security, a charge that usually carries the death penalty or a very harsh prison sentence.

At present, senior officials in the ruling regime even oppose the idea of ethnic minorities being allowed to receive educational instruction in their mother tongue, the argument being that that teaching classes in a language other than Persian would undermine the unity of the Iranian nation. This in spite of the fact that Article 15 of the 1979 Iranian Constitution [12] allows for education and a variety of media to be offered in languages other than Persian.

Iran’s main opposition has also failed to address the critical issue of ethnic minority rights. In the uprising that took place in Tehran against the regime in 2009, for instance, the ethnic opposition did not participate, as they viewed the movement as a mere derivative of the regime itself.

Iran’s ethnic minorities began openly demanding their national rights when the central government was destabilized in 1979 [13], and have continued to do so over the years. Such events, however, are met with violent crackdowns by Iranian security services and the Revolutionary Guard [14]. This only encourages new radicalism, a rising wave of discontent and opposition that is spreading throughout the country with increasing ferocity. As there is nothing in Iran’s history to support the idea that a unified Iran that includes all its ethnic minority nations is even possible, Iran’s minority groups feel they have no option but to resort to violent resistance in order to preserve their heritage, culture, and survival under the country’s profoundly racist leadership [15]. This will probably be the leading factor to push forward a revolution in the country.

From the time a potential uprising begins in Iran until the establishment of a fairer system, stakeholders invested in the future of Iran can limit potentially disastrous consequences by learning from the history of countries such as Yugoslavia. In 1979, most Iranians came together in agreement that a monarchy was not a system of governance they wished to continue. It is essential, therefore, that the Iranian opposition begin to represent ethnic minorities’ demands and support them in attaining national rights and the right to self-determination, or the country may very well face a militarily advanced situation similar to the one Yugoslavia experienced.

It is now time for the people of Iran to decide what type of non-centralized ruling structure can more effectively replace the current regime in order to meet the needs of all people—not just the Persian majority.