Romania Seeks to Draw Lines Around Notions of Family 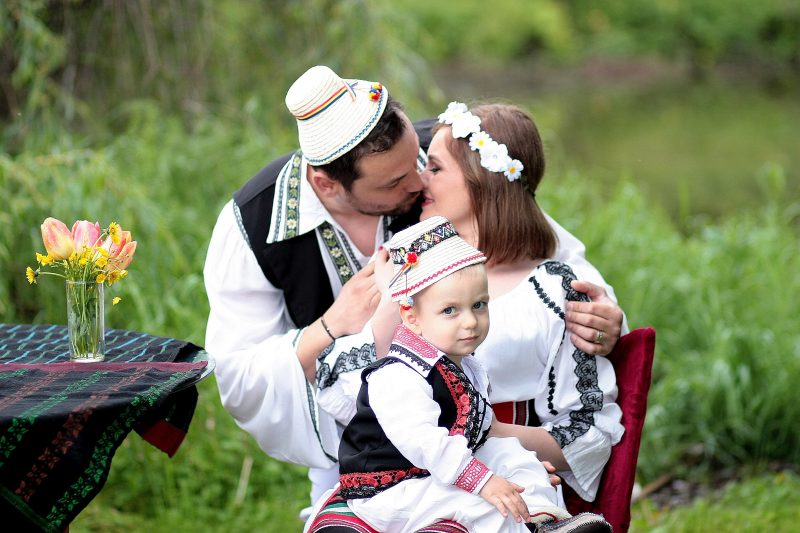 A few weeks ago I spoke to a school principal from one of the poorest counties in southern Romania, about the situation of the children enrolled in her school and the other schools in the area. My intention was to gather information about the children’s overall level of well-being, an important question in a country where 46.8% of children are believed to be at risk of poverty and social exclusion.

In fact, the question was aimed at something more nuanced. I wanted to get a sense of the extent to which school staff are aware of what’s happening to children in their homes and the situation in which families whose children went to school find themselves in. As this was a rural school, it came as no surprise to hear about households affected by poverty, and sometimes alcoholism and domestic violence. But a more recent addition to the list is that of children left in the care of other family members due to parents working abroad—children who end up suffering from both material and emotional deprivation as they learn to cope with the long-distance, disembodied affection from one, or in some cases both, parents.

The school principal started crying towards the end of our conversation. She was concerned that children in her school and others in the district were bearing emotional loads much too heavy for children their age, and that they were not being listened to and offered proper emotional support. School psychologists in Romania do not have the capacity to provide one-on-one counselling. They offer group support when it’s needed, and there is only one school counsellor for every 1000 pupils regardless of school level. Perhaps the principal’s own background as a counsellor got the better of her.

Since 2008, Romania’s National Authority for Child Rights Protection and Adoption has been monitoring the situation of children whose parents have left to work abroad. According to the figures released every six months, nearly 100,000 children nationwide have parents working abroad, though the numbers are thought to be largely underreported. Parents are supposed to inform local authorities when they leave the country so that local authorities can monitor the well-being of their children in whichever care situation they end up, whether this is with other family members, foster families, or institutions. But the practice is still not widely implemented nationally, and becomes even more complicated in the case of groups such as the Roma, either because parents may themselves not have adequate documentation, have limited literacy or are unaware of or unwilling to fulfil their legal obligations. There are also cases where parents do not report leaving the country so as not to risk losing state aid.

Romania is second only to Syria in terms of the growth of its diaspora between 2000 and 2015. This scale of population shift is unparalleled in the country’s history, and the exodus of Romanians has been a topic of great alarm and concern for both our society and state authorities these last several years. In addition to the children left behind by parents working abroad, often in situations of poverty and material deprivation the state finds it difficult to make up for, another area of concern has been the flight of qualified medical personnel. A country that is being depopulated at such a rapid pace requires an emotional rewiring of sorts, an experiment where new notions of transnational family life take shape as the familiar social fabric becomes thinner and more fragile.

As Ulrich Beck has noted, however, in the classic Risk Society: Towards a New Modernity, “the family is only the setting, not the cause of the events.” The emotional landscape that many Romanian families are now navigating is difficult, to say the least. Parents may encourage their newly graduated children to seek better-paid jobs and lives in the western Europe while quietly deploring the state of affairs pushing them towards emigration. Then there are those who emigrate because they have few other choices for making ends meet, particularly if they live in remote rural areas. These are the places where families are struggling the most, not only to address material challenges, but also to maintain some sort of connection with family members beyond long distance calls, Facebook postings, WhatsApp messages and emails.

There are of course entrenched cultural beliefs around how families should function, and one of them is that families should remain physically together. This is a remnant, perhaps, of older days under Communism when Romanian migrant labourers working abroad would more often than not be denied the possibility of having their families join them abroad, as the state feared high levels of emigration. But the change is now of a different magnitude. There are entire villages now populated only by elderly people, and which appear deserted, a demographic shift that feels justifiably threatening, given the unprecedented scale of transformation. The question “What is happening to us?” cannot too easily be dismissed.

And there are other tensions lurking beneath the surface. While the country is showing signs of progress, with many pointing to Romania’s economic growth in recent times, there is also the underlying sense that the country’s social and cultural fabric is being dismantled in ways that cannot be easily measured or discerned. This shift could also be one of the impulses behind the upcoming Family Referendum. The date has yet to be finalized, but it seeks to define marriage between a man and a woman as the basis for constituting a family. As economic pressures drive Romanians to emigrate, however, the struggle to redraw the treasured—albeit at times idealized—emotional space occupied by notions of family is likely to continue for quite some time.