Part of the audience at the celebration of the International Day of Balkan Egyptians, June 24 in Ohrid, Macedonia, including Minister of Culture Robert Alagjozovski (fifth from the left in the bottom row with a blue shirt). Photo by NGO Izida, used with permission.

The June 24 annual celebration honoring Balkan Egyptians in Macedonia received high-level state recognition for the first time when it was attended by the country's minister of culture.

Balkan Egyptians belong to a discriminated ethnic group whose ancestors migrated from Egypt to Europe between 3rd century BC and 6th century AD. Several empires during the Hellenistic and Roman periods encompassed both the Balkans and Egypt, which made possible the migration of people in these places.

In the Middle Ages, after the arrival of the Roma people from India, Europeans started lumping the Egyptians with the Roma on account of superficial similarities like darker skin color. In some European languages, the designations for Roma, including the pejorative term ‘gypsy’ have origins in the term ‘Egyptian.’ Throughout their history the Balkan Egyptians have been trying to express their separate and distinct identity from other ethnic groups. 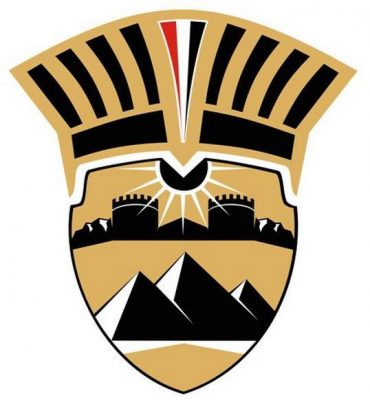 The emblem of Balkan Egyptians, containing a pharaoh's crown, the sun as symbol of monotheism, the pyramids of Giza and Balkan medieval castles. Image by NGO Izida from Resen, Macedonia, used with permission.

Over the centuries, the surviving Balkan Egyptian communities stopped using their ancestral language when they adopted the languages of the majority populations of their local regions. So in Kosovo and Albania they speak Albanian at home; in Macedonia either Albanian, Macedonian or Turkish; in Greece they speak Greek, etc.

Since the 1970s, Egyptians living in Western Balkans have been asserting their ethnic identity by demanding a separate Egyptian category to be added in official census forms. Thanks to a sustained grassroots campaign, the governments of Macedonia, Kosovo and Serbia recognized Balkan Egyptians during the 1990s.

Activists claim that the censuses still don't reflect the complete number of all Balkan Egyptians. In some regions, they suffer pressure to register as members of other ethnicity, or some census takers would mistakenly interpret the Egyptian category as Roma in official forms.

In 2010, the Second Congress of the Union of Balkan Egyptians decided to celebrate June 24 as the International Day of Balkan Egyptians, in memory of the historic 1990 assembly that took place on this day in southern Macedonia advocating the preservation and protection of their ethnic identity.

The International Day of Balkan Egyptians has become a platform to stress the need to fight prejudices and promote diversity. Below is an excerpt of the event's official statement:

Our community is just a small part of the Balkan cultural mosaic, but nevertheless it provides important contribution to the overall European diversity. 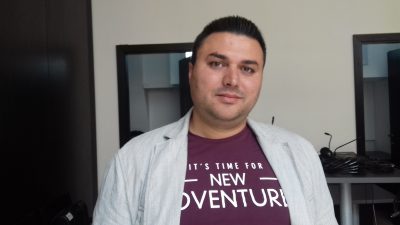 In an interview with Global Voices, activist Zizo Ljamkovski emphasized the cultural contributions of Balkan Egyptians in Macedonia. He added that the biggest challenge for Balkan Egyptians is how to ensure greater participation in the decision-making processes at local and national levels.

Despite the government recognition of Balkan Egyptians, discrimination continues to persist. In 2015, a leaked wiretap revealed politicians from the ruling party talking about the Egyptians in a derogatory manner while discussing election-rigging in Ohrid. Egyptian NGOs demanded an apology from a ruling party official but didn't receive any reply.

Some anti-corruption Balkan Egyptian NGOs like Izida from Resen also faced political harassment from the previous government, especially after the elections of December 2016. 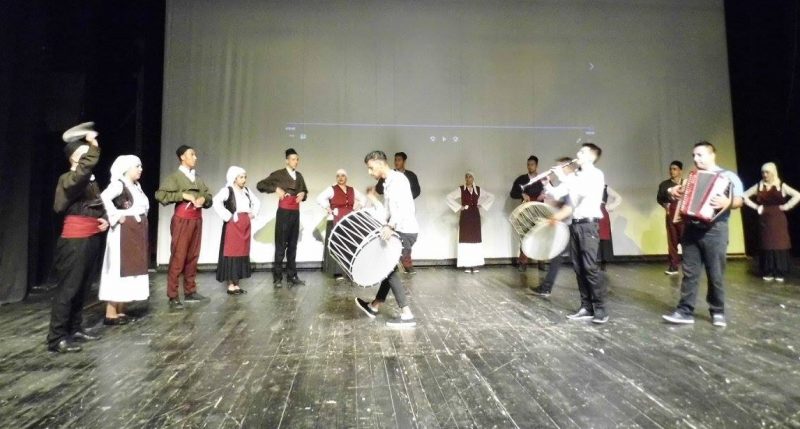 A new government took power in Macedonia on May 31, 2017. Minister of Culture Robert Alagjozovski, who attended the program of this year's International Day of Balkan Egyptians, told the public that the new government will be more responsive to the needs of marginalized communities. He also tweeted about that:

We marked the International Day of Balkan Egyptians. Support for the talented youth from neglected communities!

During the same gathering, activists acknowledged the various successes in promoting the welfare of Balkan Egyptians. They mentioned an upcoming documentary film to be aired by Al Jazeera which they hope will provide better awareness about Balkan Egyptians. At the same time, they expressed optimism that similar efforts in other countries like Greece will also address some of the pressing issues facing the ethnic group.